Are You Creating Your Own Nightmare in Your Relationship? 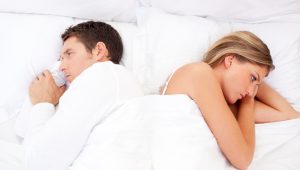 A few years ago, I was talking to my friend and colleague Dr. Daniel Siegel, a leader in the field of interpersonal neurobiology. We were discussing how and why people find themselves stuck in certain relationship patterns. Dr. Siegel explained that our brains are actually wired to recreate conditions from our past. Our early experiences help lay down neural networks that, on a synaptic level, lead us to later stimulate an environment that will give us feedback that’s familiar. Even when our early attachments were strained and fraught with difficulty, we are primed to elicit these same patterns from future relationships. “This happens automatically, generating a way of being in the world,” said Dr. Siegel. “You create your own nightmare. You recreate your past.”

This cerebral reality doesn’t mean that we’re all doomed. “When we look at the connection between the brain and the mind and relationships, you actually see a window of opportunity for transformation,” said Dr. Siegel. People can learn new ways of being and relating, and they can do so by understanding how their past experiences still inform their present behavior. As he pointed out, “the mind can actually change the firing patterns of the brain.” But to do that, we have to make sense of where our patterns come from and how they may be hurting or limiting us in our relationships.

Our earliest attachment experiences help establish how we feel about ourselves as well as how we believe we have to behave in order to get what we want and need in life and in relationships. In order to maintain the defensive maneuvers we originally developed to adapt to our early environment, we seek out situations that will recreate an environment in which those defenses are still appropriate. In the process, we reaffirm old feelings about ourselves, often confirming a negative identity that was bestowed on us in childhood. As adults, we often replay dynamics from our past without even knowing it. This is particularly true in our intimate relationships.

Often, we’ll act in ways that may have been adaptive in childhood but that hurt us now. We may repeat destructive patterns we witnessed or experienced, mimicking a parent or significant role model. We may behave in ways that perpetuate familiar scenarios, i.e. arguing, whining, or shutting down just like we did as kids. We may choose partners who fit characteristics from our history, or we may project these traits onto a partner, perhaps even provoking them to play out the other half of a destructive dynamic. These last three tendencies are referred to as selection, distortion and provocation. Understanding how they operate can help us catch on to why we keep finding ourselves in the same relationship pitfalls.

Selection – Who we choose has more to do with our history than we may like to think. Whether our attractions seem mysterious or totally reasonable to us, there are often invisible elements at play that draw us to individuals who remind us of elements of our past. We’re often attracted to partners who allow us to relive negative patterns, which may have been painful but are also comfortable and familiar. For example, if we felt ignored as kids, we may seek relationships with people who are less available. If we felt intruded on, we may wind up with partners who try to control us.

We sometimes tend to feel an extra sparkly attraction toward people who have qualities similar to those of our early caretakers or who make us feel similar ways about ourselves as we felt in childhood. For example, a man who had an emotionally unregulated, critical, and unpredictable mother found himself dating women with these same characteristics. Eventually, he got married to someone whose behavior was erratic and abusive. In his adult household, he wound up feeling very much like he had as a child: cautious, fearful, and at fault for something he didn’t know he’d done.

This type of re-creation based on selection happens in many relationships in large and small ways. A woman I worked with described being drawn to men who were “mysterious” and had a “faraway look in their eyes.” She felt compelled and attracted by their cool demeanor. However, when she started a relationship with these men, she’d find herself feeling frustrated by their distant, dismissive, or rejecting way of being. She had trouble recognizing that she was upset by the very traits that also compelled her. It wasn’t until she reflected on her childhood, where both her parents and her brother kept to themselves, that she started to make this connection. No one in her childhood household talked openly or expressed a lot of warmth or affection. She felt isolated and abandoned growing up, and here she was as an adult, choosing partners who provided her with the same emotional climate.

Distortion – Sometimes, even when we enter a healthy relationship with a person who has real, positive qualities, we find ourselves starting to see our partner in ways that fit our past. For instance, a woman in a serious relationship recently complained that she’d always wind up with women who were “cold and rigid.” Even in her current relationship with someone who seemed “different” and more “laid back,” she complained of her girlfriend being dismissive and not forthcoming with compliments and affection. When she explored these feelings further, she realized she was often scanning for criticism from her partner. She took nights that her girlfriend worked late or chose to spend time with other friends as personal rejections. She perceived criticism in a subtle expression or an innocuous comment. Eventually, she started to imagine that her partner was getting ready to leave her. It took her really challenging these distortions to realize that her fear of being let down or abandoned was based purely on her past experience and not her current reality.

A man, who grew up feeling intruded on by his emotionally hungry parents, was often attracted to someone initially, but then lost interest the minute the other person would respond and show interest in him. When a woman expressed her attraction to him, he’d start to feel suffocated and perceive her as desperate, aggressive, and needy. The minute she backed off or lost interest, his attraction would spark back up. He realized this distortion of his partners or potential partners was limiting his ability to get close to anyone and that he was, in fact, recreating an environment where he felt trapped and overwhelmed.

Provocation – In addition to choosing partners who remind us of our past and distorting partners to repeat old patterns, we also provoke our partner to play out the other half of familiar dynamics. This isn’t something we do consciously, but our tendency to generate the emotional climate of our childhood can infiltrate our behavior. We may hear things come out of our mouth that even we are surprised by or do things that leave us to wonder why. For example, if we were often criticized as kids and treated as if we were incompetent or disappointing, we may be aware of feeling triggered or hurt by these labels throughout our lives. However, we are less aware of the ways we may unconsciously try to perpetuate this image of ourselves. In our relationship, we may suddenly start forgetting to take care of things we said we would. We may show up late or become lazy and resistant to helping out. We may actively behave in ways that are irresponsible or negligent, leading our partner to confront us. Without realizing it, we take actions that implore our partner to say and feel the very things that were said or felt toward us as kids.

There are many ways these unintentional dynamics can play out, but looking at our past can shine a light on the ways we learned to behave in relationships and what we learned to expect from a partner. By creating a coherent narrative of our experiences, we can gain insight about how we inadvertently recreate our old emotional environment.  We can then start to separate our past from the present and make more conscious decisions about how we want to be in our relationships. Who do we want to be with? What kinds of interactions do we want to have? How can we come closer to our goals without resorting to old patterns that leave us where we started? This process of differentiating from our past to become our real selves allows us to be more vulnerable and open to another person. We can then learn to grow in our relationships, forge our own destiny, and maybe even use our minds to change our brain. 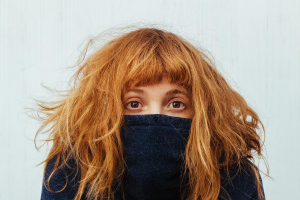 Are You Feeling Insecure?

How to Get Your Relationship Out of a Rut

Psychalive - Psychology for Everyday Life
The Latest The Paradox of Life During Coronavirus In the time of COVID-19, life has changed. 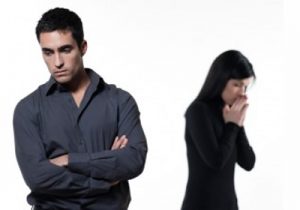 Infidelity in the 21st Century
June 7, 2011
On May 9th, Former California Governor, Arnold Schwarzenegger and his wife, Maria Shriver, announced that they would be filing for… 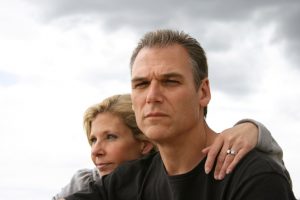 Rebuilding Intimacy after Tragedy: How to Help Your Partner Cope
March 20, 2012
By Lindsay Larson There is nothing sadder than when a loved one suffers from a personal tragedy. Our heart goes… 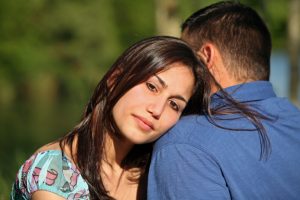 The Inner Voice that Undermines Your Relationship
March 18, 2010
Sometimes our criticisms of our partners and ourselves has less to do with reality and more to do with a…