A New Look at Differentiation

Remaining undifferentiated renders one unable to fully accept the gift of life and, instead, leaves one merely living out the life of another. 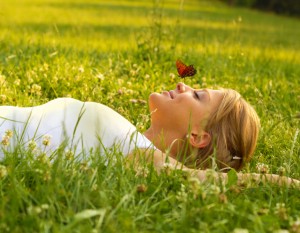 The Self Under Siege

I believe a fundamental question for people to consider is whose life are they living? Are they pursuing the things that really light them up, that matter to them, and that give their lives personal meaning, or are they living according to prescriptions they acquired in the past?

In my work, I have observed the struggles of many people to become who they were destined to be. However, this struggle is not limited to clients in psychotherapy – it is a lifelong endeavor for everyone, and one that requires considerable courage and dedication. As e. e. cummings accurately observed: “To be nobody-but-yourself — in a world that is doing its best, night and day, to make you everybody else — means to fight the hardest battle which any human being can fight; and never stop fighting.”

In our forthcoming book The Self Under Siege: A Therapeutic Model for Differentiation, Robert Firestone, Joyce Catlett and I show how the self is under siege from several sources: primarily from pain and rejection in the developmental years, but also struggles in personal relationships, detrimental societal forces, and existential realities that affect all people. To become one’s own person – to differentiate and separate oneself from these negative influences, both internal and external, involves four tasks.

First, we need to break with destructive thoughts and attitudes toward ourselves and others that we internalized early in life during painful family interactions. To accomplish this task, Voice Therapy, a cognitive/affective behavioral methodology, can be used to help people differentiate from the effects of the negative aspects of their early programming. The methods involve identifying destructive thought processes – critical inner voices — that are antithetical toward the self, those that are self-soothing and self-aggrandizing, yet destructive, and those that are hostile, paranoid and suspicious toward other people. The techniques also include developing insight into the sources of one’s destructive thoughts, answering back from one’s own point of view, and challenging the maladaptive behaviors based on the dictates of the voice. This facilitates our saying goodbye to our parents — in a symbolic sense — telling them, “I don’t need you anymore.”

Secondly, we need to change negative personality traits in ourselves that are an incorporation of the negative traits of our parents, caregivers, or other family members. For example, in her therapy sessions, a woman became aware that she was disregarding her partner in the same way her mother ignored her father. A man was troubled when he heard the same words of contempt coming out of his mouth when talking to his young son that his father had routinely said to him. Many clients initially express disbelief that in spite of their intentions, they are acting in the very ways a parent did that they swore they would never repeat themselves. Altering these unpleasant or toxic personality characteristics — phoniness, vanity, self-centeredness, addictions and deadening routines, a victimized orientation toward life, attitudes of superiority and contempt, among others – is a dynamic way of saying goodbye to our past.

Third, to differentiate from the more childish aspects of our personality, we need to identify and then give up the patterns of defense we developed as an adaptation to the pain and distress we experienced in growing up. It is important to recognize that paradoxically, the defenses we formed to protect ourselves as children now limit us in our adult lives. Many people cling to these out-outmoded, defended ways of responding to others and remain emotionally trapped in a kind of time warp. Often they react to their partner from this defended or childlike point of view. We also need to give up the hope of ever finding, in a new relationship, the love and nurturance we missed as children. We are, in effect, saying goodbye to childhood and to our “child selves” and living fully as the adult we now are.

Lastly, we need to develop our own values, ideals, and beliefs rather than automaticallyaccepting the beliefs that we grew up with or those of our culture. We must strive to lead a life of integrity, according to our own values and ideals in spite of pressures to conform to the standards and mores of our society, rejecting those that are oppressive or restrictive of individual human rights.  It is also important to formulate transcendent goals, those that go beyond ourselves and our immediate family, and to take steps toward fulfilling these goals that give personal meaning to our life.

In The Self Under Siege, we focus on this process of differentiation and provide examples from our clinical practices and our 35-year observational study of a group of normal individuals, their families and their children. In the book, these people share their personal stories and their experiences, as they progressed through these four tasks. From our perspective, it appears that the more people become differentiated from internalized voices and strengthen their authentic selves, the more they become aware of death, and the more they have to learn to deal with the painful feelings this awareness arouses. Expressing deep sadness and sorrow about these existential realities appears to have an ameliorative effect on those who are open to this emotional experience. Moreover, facing the feelings of sadness, anxiety, and dread surrounding our existential dilemma helps us to live out our priorities and transcendent goals and to find our own meaning in life. We have observed the impact of this process on many of the individuals in our study who have been courageous enough to live by these principles. 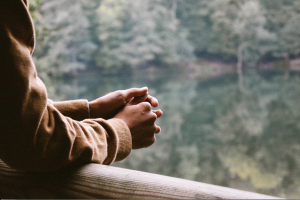 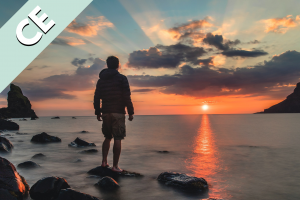 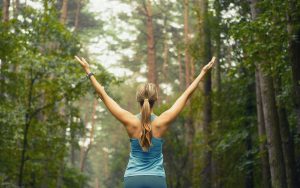 Nature as Medicine
September 26, 2016
Why is nature good for our physical and mental well-being? “Wilderness is not a luxury but necessity of the human… 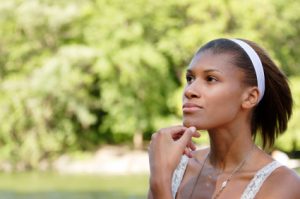 Steps to Overcoming Your Critical Inner Voice
October 3, 2012
Most of us are all too familiar with those nagging thoughts that seem to surface every time we decide to…