The Link Between LGBT Youth, Bullying, and Suicide 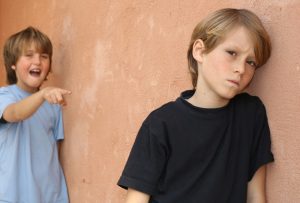 In 1989, when the U.S. Department of Health and Human Services released a public report stating that up to a third of all teen suicides were committed by gay youth, there was a flurry of media attention and speculation surrounding the rising rates of teen suicide committed by Lesbian, Gay, Bisexual, and Transgendered youth. It was suggested that the data indicated that these young people were suicidal because of their sexual orientation.

Where a university study published in the American Journal of Public Health reported that “homosexual or bisexual junior high boys are 7 times more likely than heterosexual boys of the same age to report suicide attempts,” the same study reported that among teenage girls, homosexuality and bisexuality are not significant factors in suicide attempts, suicidal thoughts, or suicidal intentions. These findings make it clear that sexual orientation does not predispose an individual to suicidal thoughts or actions.  They found that factors such as verbal and physical harassment, substance abuse, or isolation from peers for being sexually “different” contribute to their high rates of suicide.

New research reveals that rising rates of suicide in LGBT young adults has less to do with their “minority sexual orientation” status, and everything to do with the social stigma and negative societal responses that LGBT teens face on a daily basis as a result of gender expression outside our accepted norms. Consistent research over the past few years has shown that LGBT youths are disproportionately bullied, and that the effects of that bullying increase a risk of suicide that continues into adulthood.

The media has played a large part in establishing our cultural misconceptions about incidents of suicide among sexual minorities by publicizing isolated cases of bullying related LGBT suicides. The media has to act responsibly in their reporting to not imply that suicide is a natural response among LGBT teens to bullying and thereby perpetuate misperceptions of this minority group. They must be careful not to emphasize details that could actually increase the contagion of risk.

In truth, the circumstances and conditions that lead an individual to commit suicide are extremely complex. However, with LGBT youth, understanding the dynamic of societal and familial conditions that are consistent among reported incidents of suicide or attempted suicide in this group is crucial for prevention. It is our culture’s intolerance of homosexuality, which is often violent, that leads many teens to consider suicide, and an alarming number to take their own lives. The popular assumption that an LGBT individual is inherently at risk for suicide is evidence of our culture’s inability to understand or accept differences in sexual orientation or sexual expression. Our intolerance is reflected in the incidents where these people are targeted and bullied because of their perceived sexual orientation or because they do not conform to accepted gender expectations. In being seen as different and as challenging a societal norm, they are often ostracized and discriminated against. Therefore, in our investigation into the higher rate of suicide among LGBT adolescents, we should not look to them for the cause, but to ourselves and our stigmatization of them because we perceive them as “different from us.”

The Link Between LGBT Youth, Bullying, and Suicide
In 1989, when the U. 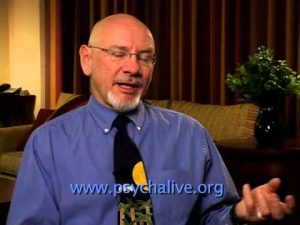 The mad monster made me do it!
November 7, 2017
When we are little, our needs get expressed through our strong emotions.  A baby doesn’t have the capacity to get…