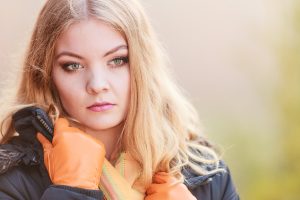 The term “self-consciousness” doesn’t sound so bad when broken down. After all, being conscious of oneself is something we all need in order to operate as social beings in a social world. However, self-consciousness often describes an exaggerated focus or uncomfortable attitude we have about ourselves and how we are perceived. The problem with self-consciousness is that it’s often based on distorted perceptions and can also lead us to misjudge the perceptions of others. Ultimately, it can alter our behavior in ways that aren’t representative of who we really are or how we would naturally interact.

Many of us experience an unnecessary level of self-consciousness that holds us back or bends us out of shape. We can start to change that by learning what’s at the root of our self-consciousness. How does it affect us? And finally, what can we do about it?

As human beings, we exist in a highly social environment. How we’re seen is important in determining whether we’ll be chosen – be it for a school, a job, or a date. However, nowadays, we seem to live in a culture in which we are more visible than ever. Social media and the new pressures that come with it can cause us increased levels of anxiety and self-consciousness, as we no longer just have concerns about how we’re perceived face-to-face, but how we’re represented virtually. Although, much has been said about social media’s link to narcissism, new research is showing how it hurts our self-esteem and mental health, in general.

While these new technological avenues for self-exposure can provide a springboard for self-consciousness, there are deeper roots for these feelings. For more than 30 years, Dr.’s Robert and Lisa Firestone have done case studies, examining a negative thought process people possess referred to as their “critical inner voice.” When assessing which self-critical thoughts or “voices” people experience, they found that the most common “voice” listed was “you are not like other people.” That feeling like there is something fundamentally wrong with us can come from early feelings of shame, fear, or frustration. As Dr. Lisa Firestone said:

Our critical inner voices are embedded in our earliest childhood experiences and are reinforced throughout childhood, adolescence, and into adulthood. While the negative inner voice can be affected and sometimes worsened by current day life experiences such as significant trauma or abusive relationships, it does not develop suddenly in adults; it’s based on implicit memories of trauma experienced in childhood. This isn’t necessarily “Big T Trauma” such as sexual or physical abuse, but everyday trauma that kids experience growing up.

Every one of us experiences some form of adversity in childhood, whether it involved coping with a critical caretaker, an absent parent, or a  school bully, but ironically, it’s often this adversity that makes us feel like we’re alone, inferior, or different from everyone else. The degree to which we believe this critical inner voice throughout our lives often correlates to how self-conscious we feel in all kinds of social interactions and relationships, from ordering our coffee to asking someone out.

How self-consciousness affects us

If we operate from a place of feeling like we stand out in some negative way, we tend to alter our behavior to in response to those self-conscious feelings. We may become introverted and self-contained or anxious and driven to overcompensate in order to be accepted. This feeling can push us to keep to ourselves or try to blend in. Self-consciousness is often equated with shyness. We may feel an exaggerated sense of shame or embarrassment when approaching certain tasks or interactions. These feelings can be reflected in everything from our facial expression to our body language.

When people feel self-conscious, they often express fears of standing out or making a fool of themselves. Common “voices” expressed in relation to self-consciousness include:

When these types of thoughts are filling our heads, it makes it all the more difficult to feel at ease and act naturally. When we listen to our critical inner voice, we tend to become more self-conscious. We may take its advice to isolate ourselves and not take chances or put ourselves out there, then punish ourselves with critical thoughts like, “You’re such a loser. What a loner. You’ll never be successful/ have a relationship/ make any real friends.”  The key to overcoming self-consciousness is to identify these destructive attitudes, explore where they truly come from, and learn strategies to counter them in our daily lives.

So, how can we reduce our self-consciousness?

1. Stand up to your inner critic

Dr.’s Robert and Lisa Firestone have written extensively about how to overcome your critical inner voice. The steps include:

Learn more about these steps here

People tend to have a much easier time seeing the best in others than they do in themselves. We look at our friends with kind eyes. We appreciate their attributes and forgive their quirks. If we can cultivate a similar attitude toward ourselves, then make it a discipline to carry this attitude with us we move through our day, we can have a less harsh standard for ourselves. Our fear of failure or humiliation can be alleviated by the reassurance that we won’t punish and torture ourselves for messing up. We are our own worst critic. If we can be a friend instead, we can unload a lot of our self-consciousness.

3. Keep your sense of humor

We all take ourselves too seriously at times. People who are able to laugh at their mistakes often feel more emotionally resilient and are less fearful about their pursuits. Taking a lighter approach can help counter the heaviness that we feel when we think all eyes are on us. And it can help us cope with (even find humor in) the moments when things don’t go the way we hoped.

4. Remember that it’s all in your head

In something known as the “spotlight effect,” researchers found that “people [often significantly] overestimate the extent to which their actions and appearance are noted by others.” In other words, the very fear or notion that we’re garnering negative attention from others is often false and unfounded. If we can accept this reality, we can free ourselves of a lot of unnecessary self-consciousness.

Researcher Brene Brown has referred to vulnerability as “the birthplace of connection and the path to the feeling of worthiness.”  She’s also pointed out that “vulnerability is about showing up and being seen. It’s tough to do that when we’re terrified about what people might see or think.” Allowing ourselves to be seen for who we are can feel scary, especially when we’ve built a life on maintaining such core negative beliefs about ourselves. The more we can embrace being ourselves as a sign of strength, the stronger we will feel in everything we do. Vulnerability may seem like an unlikely adversary to self-consciousness, but it is one of the most important tools we can adopt to make real connections and feel more comfortable in our skin.

Being vulnerable is so hard and I don’t even know how to. I go to my classes everyday feeling strange and uncomfortable. My voice sounds strange to me, and I feel that I mess up when communicating with my group members. Its the same feeling everyday of classes, and I get stuck in the routine and who I believe they perceive me as. I don’t know who I am.

Find out who you are, my precious. Ask yourself. What do you need? What do you want? If no one else was around, how would you spend your time? What makes you happy, comfortable, alive? Find out.

I don’t think self-consciousness is the problem here. It’s our lack of it. As we go deeper and deeper into unconscious thoughts and imaginations and unhealthy habits we lose touch with ourselves and reality. Self-consciousness allows us to observe our negative thoughts and emotions as natural and gives us the freedom to not be affected by them. Just let the emotion come… and let it go. Accept that you feel it, but you don’t have to react to it.
For this topic, I would recommend a book called Mindfulness for life by Stephen McKenzie and Craig Hassed.