How to Break the Cycle of Child Abuse 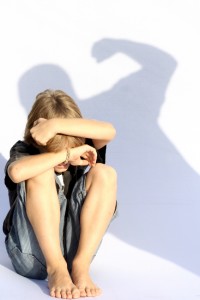 At this point, I shouldn’t have to list off all the reasons spanking your child doesn’t work. It’s science, it’s proven, and we may as well be revisiting a discussion of whether the world is flat. If the damage it does to children’s spirits (not to mention their actual brains) isn’t enough to convince you, maybe it should be the fact that corporal punishment makes them more likely to be violent and no more likely to behave. When you hit your kid, you are nothing more than the terrifying monster emerging from the closet, except unlike the monster, you are the one they’re supposed to rely on for safety. And unlike that fictitious beast, you are not a figment of their imagination. You are causing them very real trauma that can shape their development and haunt them for the rest of their lives.

In my work as a clinical psychologist and researcher, I have witnessed first-hand how unresolved traumas from one’s past can heavily influence a person’s present. I’ve seen men and women who grew up in dramatically different social and economic environments than that of their children recreate the exact same emotional climate within their own families. Whether they blame their parents or defend their every action, they often struggle to break the cycles that hurt them when dealing with their children.

The emotional battle wounds that can be leftover from childhood can be severe. Of course, parents are people, and people aren’t perfect. Psychologist and researcher Ed Tronick was noted as saying that even the best parents are only attuned to their children about 30 percent of the time. The point here is not to blame parents, but rather to look at them more objectively, to recognize their shortcomings and acknowledge how we were hurt by them, so that we can differentiate from their traits that we don’t admire. We can move on without forgetting and have compassion without forgiving. The bottom line is, it’s time to stop making excuses for the mistakes of our parents and to make better choices with our own kids.

Now this may not be as easy as it sounds. Because we relied on our parents for survival, because we thrived on a natural instinct to love them and looked to them to meet our needs, we tend to feel protective of them. For Adrian Peterson, the 200-plus lbs. NFL linebacker, who’s facing child abuse allegations for hitting his 4-year-old son with a switch, one of his excuses was, it’s how he was raised. As a kid, Peterson was once severely beaten by his own dad with 20 of his classmates standing by as witnesses. Yet, Peterson claims, “I have always believed the way my parents disciplined me has a great deal to do with the success I have enjoyed as a man.”

Such statements, excusing or even condoning, the violent “disciplining” techniques of one’s parents are common among abuse victims. What they fail to realize is that the moments in which a parent “lost it” with them very likely had almost nothing to do with discipline and everything to do with unresolved traumas from the parent’s own childhood. Without knowing it, our children trigger emotions and memories from our past. A 4-year-old can defy you; he can annoy you, but chances are, nothing he can do from his vulnerable physical position would warrant an act of physical aggression.

Adults who hit children are not teaching a good lesson or entering a fair fight. Most often, they are in a state in which they are triggered, and they are acting out. This is especially true in cases where they lose control and actually cause physical harm to their child. In those moments, they are not rational. They are provoked, worked up, agitated and frustrated. They lash out, not for the sake of providing their children with a bright future or teaching them to be good. They are reacting out of an emotional storm within them, often triggered by an implicit memory of their own unresolved traumas from childhood.

When we defend and repeat the destructive actions of our parents or caretakers, we become part of a larger, intergenerational problem that perpetuates a cycle of abuse. So what can we do to stop it? We can start by changing our cultural perception of “appropriate discipline.” In 1979, Sweden passed a law that made spanking illegal. Over the next 35 years, the result has been an actual shift in the cultural perception of physical discipline, swinging public opinion from pro-spanking to against it. Next, we need to help parents learn tools and techniques that do NOT include any form of corporal punishment. They can start by focusing inward and taking the following steps:

1. Make a coherent narrative out of your story. Studies show that unresolved trauma in a person’s life can negatively affect his or her children. Attachment researcher Mary Main found, through her Adult Attachment Interview, that unresolved trauma and loss in a parent’s life is, in fact, the best predictor of disorganized attachment between a parent and child. You can become a far better parent by facing the full pain of your own childhood and creating an account of your life that makes sense. That means seeing your parents as real and flawed people. This process doesn’t mean wallowing in the past or focusing on blame. Its purpose is for you to gain a better understanding of what made you the way you are and what unresolved issues may be influencing your behavior. If you can identify patterns you don’t like, you can start to change them. You can choose how you want to be with your children, rather than being blindly influenced by your past.

2. Learn techniques to calm yourself. Certain tense moments with your children can trigger emotions from your past. At these times, you are more likely to fly off the handle or act irrationally in response to the situation. That is why it is essential to learn ways to calm down before reacting. Take several deep breaths. Count to 10. Take a walk. Listen to music. Think before you act and when you do, practice collaborative communication with your child. Help your children to understand and make sense of their experiences. Encourage them to recognize and voice their emotions. This will help them to formulate their own coherent narrative throughout their lives, which can lead to increased psychological resilience and overall emotional well-being.

3. Lead by example. How many times do we tell our kids to use their words? What are we teaching them when we don’t follow our own instruction? Aggressive behavior toward young children makes for more aggressive children. If you learn tools to stay calm and regulate your emotions in times of stress, your children are better equipped to adopt these same strategies.

4. Take steps to build a secure attachment. Your children need limits, but they also have to know that they can trust you. If they are afraid of you, they are unlikely to feel relaxed in your presence. Kids best develop when their parents serve as a secure base from which they can venture out to explore the world. They need that base to be solid and consistent. When parents lose control of their emotions, become intimidating and lash out at our children, they teach their kids to fear them. This can create ruptures in their attachment style and damage their sense of well-being.

5. Repair. Because we are human, we are bound to make mistakes. We will not be perfect with our children 100 percent of the time. What we can do when we mess up is repair. Dr. Daniel Siegel, co-author of No-Drama Discipline, describes a process of rupture and repair, which essentially involves parents talking to their children after a destructive encounter or “rupture” and helping to repair the situation. This means first listening to how their child experienced the interaction. The parent then tries to align his or her state with the child and to see it from the child’s perspective. Then, the parent can explain what he or she felt in the situation and apologize for any mistreatment, again showing kids how to use their words. This helps children to make sense of their experience and reestablishes trust between the parent and child.

Most parents want the trust and respect of their children. Yet, that is something that can only be earned when we ourselves act with integrity and maturity and respect our children as the separate people they are. Violence will only breed violence and can never be justified in the name of teaching a child to behave. Anyone who feels that they cannot raise a child without raising their fists should be seriously searching inside for what is driving such distorted behavior. This isn’t about someone telling you how to parent your child. This is about stopping a cycle of destruction that, if left unchallenged, could leave lasting scars on generations to come. There are many effective ways to discipline a child, but physical abuse is simply never one of them.

Adrian Peterson is a running back, not a linebacker

How to Break the Cycle of Child Abuse
At this point, I shouldn’t have to list off all the reasons spanking your child doesn’t work.

Parents: Are You Losing Your Identity During Lockdown?
July 27, 2020
Ever since the pandemic hit and lockdown started, I’ve kept in touch with friends at various stages of parenthood. One…

6 Ways To Calm Your Nervous System
October 25, 2022
Do you always feel like you’re on high alert? Or do you just feel numb? Perhaps you bounce back and… 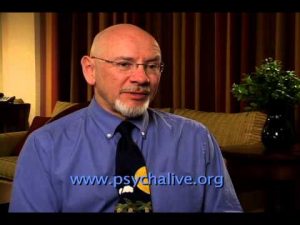