The Impact of Death on our Everyday Lives 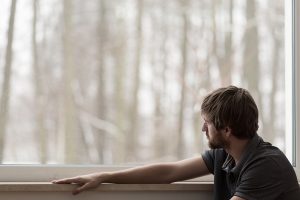 The conscious or unconscious fear of death can alter many aspects of behavior.

Most people, including mental health specialists, have failed to recognize the full significance of the impact of death on life.  The fear of death arises as each child becomes aware of death’s inevitability.  It is too painful to face our personal mortality directly without protecting ourselves, therefore some form of defense formation against the painful realization of death and dying becomes essential. Death awareness affects our lives in ways we may not be consciously aware of; in fact, many people would tend to deny their fear and say something like, “I don’t think about death very much.” Nevertheless, the fear of death influences fundamental aspects of their lives and motivates many of their actions.

Early in childhood, even before we are conscious of death, we develop defensive strategies to cope with emotional frustration and primitive separation anxiety. When faced with death awareness, these same defenses are intensified.  As we continue to use these defenses in an attempt to avoid emotional pain and block out negative experiences, we inadvertently shut out feelings of exuberance, happiness and fulfillment as well. Although defenses do help to avert anxiety states, they are costly in that they tend to distort our experience, damage our adjustment, and deaden our emotional investment in life.

(1) on an individual level, our reactions predispose withdrawal into a more inward, self-nurturing, and self-protective lifestyle;

(2) on an interpersonal level, our responses can trigger a retreat from love or loving relationships and/or a generalized reaction or avoidance of intimacy and sexuality; and

(3) at the societal level, our fear reactions reinforce the need to give up our individuality, conform to the conventions, beliefs or mores of a particular group, institution, or nation and subordinate ourselves to charismatic leaders or authority figures. Furthermore, the in-group identification polarizes us against people who look, believe, or act differently, potentially contributing to ethnic strife, religious persecution, religious wars, or warfare in general.

Terror Management researchers have empirically studied the effect of death awareness (salience) on human attitudes and behavior. They have specifically verified many aspects of Ernest Becker’s theoretical formulations described in The Denial of Death (1973).  Their findings indicate that after an experimental group was presented with the word “death” subliminally, they more strongly endorsed the worldview of their own ethnic group or nation; at the same time, they denigrated members of other groups whose worldviews differed from their own. Other studies showed that judges exposed to death salience tended to be more moralistic toward people whose behavior conflicted with society’s social or moral codes.  The group of judges that was exposed to death imposed sentences that were significantly harsher than the control group. Reactions to the word “death” being introduced also affected political choices. For example, two post 9/11 studies found that subjects in the high death awareness group favored a candidate who they perceived as a savior or demagogue and who insisted on an aggressive agenda toward their enemies over one who urged a more diplomatic path.

If the single word “death” introduced subliminally in an experiment can produce measurable changes in subjects’ attitudes and actions, one can only imagine the powerful effect of countless events in the real world that remind people of their mortality. Witnessing a horrible accident on the freeway, watching the fatalities of war on the evening news, hearing about the death of a friend or famous person are reminders that seriously impact the nature of the sensitive human being. Even though we have become habituated and desensitized to the visual images of tragedy that we are exposed to everyday, these images still have a profound influence on our unconscious minds and significantly alter our motivations and behaviors.

The conscious or unconscious fear of death can alter many aspects of behavior.  In the following I will offer a clinical example of its powerful effect on a love relationship.

Sara, a young woman of 21, met her boyfriend, Michael, on an extended vacation. They were immediately drawn to each other and eventually fell in love. Each year their love became stronger and they shared more of life together. They were particularly compatible.

Four years into their relationship Sara asked Michael if he was interested in having a child. He liked the idea and after considering the matter they began to move forward with their plan.  Soon after, Sara suddenly took an about face and completely rejected the idea. In fact, she slowly began to turn against the relationship itself. Realizing that her change of mind was at the least odd, she sought help.

As Sara investigated her feelings, she revealed how she had become afraid that her life was becoming predetermined. She sensed some sort of finality. She would lose her freedom and be tied down.  She was so young and would have little or no opportunity to meet other men.  She knew that these reasons didn’t quite make sense because she herself had chosen Michael and had fallen in love with him and it was her idea to have the baby. Despite these considerations, she was moving steadily away from him and gradually became involved with a wild group of people at work.  She was drawn to other relationships with a lot of drinking and partying. In spite of sensing that she was going in the wrong direction and maintaining a good deal of ambivalence toward Michael, Sara was driven to go in the new direction. Eventually she was in free flight away from her romantic love relationship. Worse yet, if this fear reaction were not dealt with, it might seriously impact her life in other areas.

It became obvious to Sara that her regression was inspired by a fear of time passing. The thought of entering into life as a full adult and mother terrified her. She sensed the end point of these emotional commitments and it made her painfully aware that she would eventually die. Once this fear arose, she made a desperate attempt to flee. Michael, who was once a love object, instead became part of the terror. She had to get away from him.

At present, she has continued to run and increasingly involve herself in escapist activities; yet at the same time, she is gradually coming to better understand her motives.  As she develops further insight into her regression and faces her death fears more directly, there is a good chance that she can reverse this process.

Sara’s type of reaction is not that uncommon in my experience; it is one example among many where unconscious death fear has had a destructive impact on the life of a person who had little or no conscious awareness that it was a factor.  When people face separation issues at critical stages in their lives, they often tend to regress and back away from life. Leaving home for school, dating, living together or marrying, getting pregnant, becoming a parent and eventually a grandparent, can each cause separation anxiety and death anxiety. Regression caused by these fears can be dealt with effectively in a therapy setting characterized by insight and compassion. We need to learn as much as we can about the effects of unconscious and conscious death anxiety on human behavior in order to cope with its consequences and better understand ourselves.

How to Overcome Insecurity

How Do I Know if I Have a Fantasy Bond?
There are ways to uncover how and why a genuinely loving relationship can forego passion for routine.

The Impact of Death on our Everyday Lives
The conscious or unconscious fear of death can alter many aspects of behavior. 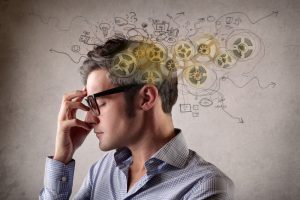 How to Stop Anxiety
March 31, 2016
Those of us who struggle with anxiety know how it can undermine us. We feel it impair our abilities, lower… 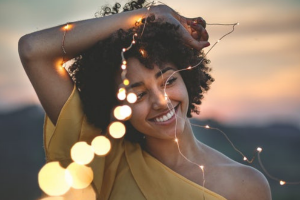 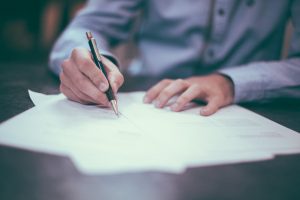 Mental Health Making a Lasting Impact in the New Decade
January 21, 2020
With the first few weeks of the new decade already underway, lawmakers across the nation have been urging for change…