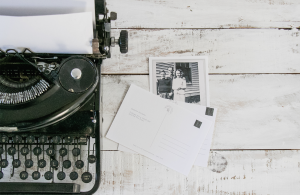 In this blog, I am excited to share the introduction and conclusion from my new book, Challenging the Fantasy Bond.  I hope you find it interesting and enjoy reading it.

The early version of my theoretical approach set forth in The Fantasy Bond was primarily intended for psychologists, psychiatrists and others in the mental health field. However, it has come to be sought after by lay readers as well, many of whom commented on the book’s profound impact on their lives. In addition, the core concepts involved in this work have proven to be valid since the original publication in 1985. This, combined with the continuing demand from psychotherapists and other mental health professionals who recommended The Fantasy Bond to their clients as an adjunct to their therapy, made me feel it necessary to update the book and to place the original concepts in the broader context of my overall theoretical approach, Separation Theory.

This new volume, Challenging the Fantasy Bond: A  Search for Personal Identity and Freedom, reflects a more thorough look at the destructive manifestations of the fantasy bond and its negative impact on the individual, partners in intimate relationships, families, and the larger society. It emphasizes the exposure of fantasy bonds, manifested externally in the form of imagined connections and internally in the form of a disparaging critical inner voice. Dissolution of the fantasy bond and movement toward separation and individuation is essential for the pursuit of one’s destiny as a fully autonomous human being.

The book describes how the fantasy bond acts as a primary psychological defense, partially alleviating anxiety and offering a false sense of security and safety. This revised publication stresses how this illusion of merged identity acts as a buffer against death anxiety, illustrating how this contributes to distortion and maladaptation in personal relationships and in other aspects of life. On a societal level, the feelings of security achieved by identifying with a specific group or cause provide individuals with a sense of belonging, while at the same time, the fantasy of fusion predisposes alienation and fear of those who have different beliefs and worldviews.

The Role of the Critical Inner Voice

In this updated text, I describe my expanded investigations into the dynamics of the critical inner voice which supports both the fantasy bond and a generally defensive style of living. I explain how hurtful, hostile and rejecting parental attitudes are incorporated into the child’s negative self-concept. This is the origin of a basic division of the mind that exists within each person, which can be conceived of as a fundamental split between the self and the anti-self. This concept clarifies how children, and later adults, become divided between maintaining a positive regard for themselves and others, as well as an angry, critical, alien view that has a damaging effect on their lives.

New case histories illustrate and elaborate the dynamics involved in the underlying forces at work between the fantasy bond and the critical inner voice. The book offers a fresh look into the relationship between the voice and self-destructive behavior, suicide, and acts of violence, and describes the development of assessment tools for identifying at-risk individuals. Challenging the Fantasy Bond also presents the latest version of Voice Therapy, which has proven to be effective in counteracting both self-destructive attitudes and behavior, and cynical, hostile attitudes toward others. It explains how the methods have been utilized to help clients differentiate from enmeshed family systems.

In the intervening years since The Fantasy Bond was published in 1985, I have become familiar with key findings from the neurosciences, attachment theory and Terror Management Theory (TMT) that validate many aspects of my theory.  In addition, I have had the opportunity to gather further data and insights from individuals in both clinical and non-clinical populations that have contributed significantly to my understanding of human behavior. These developments have further convinced me of the value of revising The Fantasy Bond to include the evolution in my own thinking, as well as corroborative research in related disciplines.

This edition is especially timely because it identifies significant psychological and social factors, based on people’s defensive responses to existential fears, that contribute to malignant prejudice, warfare, terrorism and ethnic cleansing. Developing an understanding of the role played by the fantasy bond as a powerful defense against death anxiety that ultimately leads to polarization and divisiveness between groups and nations may well be essential to human existence.

As I see it, each person is born with a variety of propensities that are essentially human. The basic qualities of our unique heritage are the ability to love and feel compassion for ourselves and others, the capacity for abstract reasoning and creativity, the capability to set goals and develop strategies to accomplish them, the awareness of our mortality and other existential concerns, the desire to search for meaning and social affiliation, and the opportunity to experience the sacredness and mystery of life.  Whenever any of these qualities is damaged, we lose a part of ourselves that is vital. Working through and growing beyond destructive aspects of the fantasy bond and other self-limiting psychological defenses allow individuals to develop their independence and autonomy, achieve greater freedom and satisfaction in life, and ultimately help people fulfill their human potential.

The whole of humanity is enriched by the array of color, movement, ingenuity, song and worship that swirls throughout this world. These same virtues and values that inspire curiosity, awe, gratitude, and a sense of kinship across cultural lines are also capable of generating fear, confusion, discord, and alienation.  A major problem facing us today is the hostile divide between peoples of different countries and ethnicities, perpetuating intolerance, long-standing animosities and continued bloodshed and destruction. There are many threats to civilization at this point in history: climate change, pandemics, the poisoning of our air and water. If we cannot come together as a species, with a desire to establish rapport and affiliation,  the continued polarization puts us at ultimate risk.

The feeling of helplessness in contemplating the cessation of existence as one knows it provides the impetus that drives members of a group or citizens of a nation to build up grandiose images of power at the expense of other groups or nations, to act on their projections and distortions, and even to attempt to eliminate “impure” and despised enemies. Understanding the root cause of aggression provides a clear perspective and points toward a hope for the future, whereas a deterministic conception of humankind’s essential savagery may become a self-fulfilling prophecy. Indeed, negative forecasting precludes constructive action, assuring the uninterrupted continuation of these destructive cycles.

I do not suggest that there is an easy solution for the struggle for peace, and I do not propose that the undertaking is simple. I do, however, hope that with an insight into the source of human aggression, people would be able to understand and have compassion for themselves and begin to alter the harmful childrearing practices and social systems that foster destructive attitudes and behaviors. Developing self-compassion naturally extends to empathy toward others, which is needed to heal the distrust and hatred that so often permeate relations between different cultures and ethnicities.

The key to our continued survival is the development of an inclusive world view. We must recognize the existential nature of our impulse to shun that which is unfamiliar and transcend these fears to realize the commonality between all people. We must avoid relying on illusion and comfortable beliefs and be willing to become conscious of our pain and the pain of others. This is the common ground, the common humanity, we must acknowledge to achieve a meaningful peace.

I believe in humankind’s capacity to change negative personality characteristics and unethical practices. Just as people can create a more positive identity and new destiny for themselves, a similar result can be achieved in society and culture. In spite of the present state of affairs and the complexity of the battleground — the demonstrable prejudice, polarization and hatred and the powerful force of resistance to challenging the underlying causes — one must not fail to maintain hope. Without cautious optimism, without giving significant value to life and experience, all that is precious about civilization will be lost.

See more from the book Challenging the Fantasy Bond

It would be great if you explained clearly what the fantasy bond is. 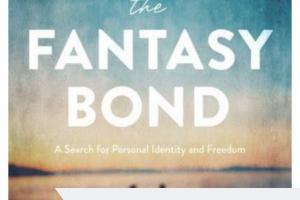 Challenging the Fantasy Bond: A Search for Personal Identity and Freedom 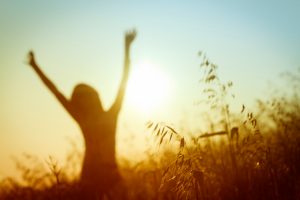 Music Therapy: The Healing Power of Song
August 22, 2013
Hello darkness, my old friend. Like a bridge over troubled water. That’s me and Julio down by the schoolyard. Music… 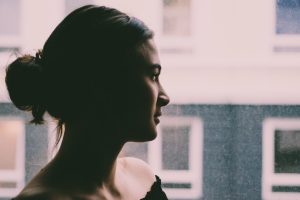 It’s Not Your Fault: Overcoming Trauma
May 16, 2018
There is a famous scene in the film Good Will Hunting where Robin Williams, playing a therapist, compassionately repeats the… 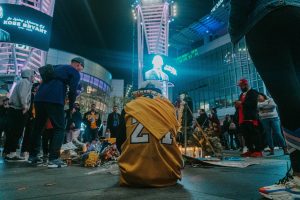