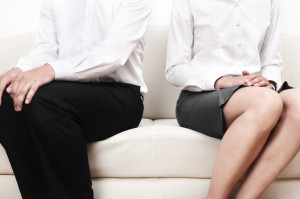 “Going through my things after we decided to get divorced was like going through someone’s Estate.  It reminded me of how it felt when my grandmother passed away, only here I felt like I was the one who had died.” Rick told me this as we caught up over coffee a few weeks ago where, after discussing the usual random topics like the latest episode of The Office, I spoke of the memorial for a friend I had been to the day before and he talked about his pending divorce. I wasn’t sure what to say at the time, but his comment has stuck with me, and now I feel compelled to write about it.

The analogy between death and divorce seems an apt one, especially if the relationship that has ended was a long one.  But what really had died?  Rick and Allison had been together for 14 years, nearly all of their adult lives.  For Rick, being a part of “Rick and Allison” was a big part of what defined him, and losing the “we” part of his identity was like dying.  He did not know how to be an “I.”

“Here’s how it happened: It was a Thursday night and when I came home from work, she was sitting there with an open bottle of wine.  She poured me a glass and said that we had to talk.  Never a good thing to hear from your partner.  She told me that she thought I should move out.  She said that we had been growing apart for a long time, and that she did not feel like she was in love with me anymore. It turns out she had reconnected with an old boyfriend on Facebook, and she had decided that she wanted to pursue that relationship.  The way she presented it, it was already a done deal.  I told her, ‘Ok. If that’s what you want, I will do what I can. She left that night to stay with a friend, and I tried to keep myself together.”

At first he hoped they might get back together, but as time went on, he wasn’t sure he really wanted her back. He was in mourning, not for Allison exactly, but for their relationship.

“I don’t know if I even missed her that much.  It was more the shock of her leaving me that hurt than the actual absence of Allie.  We had been together for such a long time, and in the end I guess we really were leading separate lives.  But when she told me she wanted me to move out…Man, that was a sucker punch.”

The first few months were really difficult for Rick.  He woke up, went to work, came home, watched TV or read, drank too much, went to sleep and then started it all over the next day.  But then he started talking to people, started coming out of his shell.  Before, when he went to dinner with Allison, he went as part of a couple: the waiters and other patronsdidn’t notice him; he was an invisible part of the landscape to them. And he didn’t notice them either; his only focus was on his wife. But now when he went out in his neighborhood, people greeted him.  Going to dinner at his favorite restaurant meant the owner would come by for a chat, bring him an appetizer on the house, sit with him for a while over a glass of wine.  He was becoming a part of the community. Rick was waking up.

“A few months later, even though she’s the one who had wanted to leave, Allie asked me why I didn’t fight for her.  Why I didn’t love her enough to beg her to stay with me.  This made me so angry, since when she sprung the whole thing on me, there was no way I could have budged her. There was nothing I could have said that would have changed her mind. Here she was saying she resented me for not fighting for her.

Around this time, Rick began dating someone, which helped him to recover a sense of himself, even though the relationship didn’t work out in the end.  This other woman once asked him what he would do if Allison wanted to get back together.

“I didn’t know how to answer that question at the time, but later I was grateful she asked it.  Because Allison did eventually say she wanted to be with me again, and if I hadn’t already thought it through, I might have jumped at the chance.  But when it came down to it, I realized that the reasons I would get back together with her were about proving something to myself, winning something over her, and it would not have been because I loved her or really wanted her.  So I said no.

After listening to this story, I asked Rick if he still felt like he had died.

“Yes, I do.  But it’s not such a bad thing.  I might not be a part of Rick & Allison anymore, but at least I know what it feels like to be Rick.” 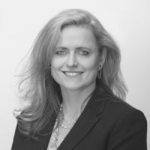 Kristina Jansen Kristina “Kristy” Jansen is Chief Content Officer at the Optimist Daily, a free positive news-service delivering solutions news to your inbox every day. She also produces a weekly radio show, Solutions News and serves as Chief of Staff at the Optimist Daily’s publishing partner, the World Business Academy. She holds a master’s degree in Psychological Anthropology from the University of California, San Diego and an undergraduate degree in Cultural Anthropology from the University of California, Santa Barbara. Kristy is passionate about building a better future and communicating the tremendous possibilities available in the world. Her research interests include conscious mass media, socially responsible entrepreneurialism, intentional communities, nonviolent civil resistance, regenerative economies, smart science fiction and, of course, the positive power of rational optimism. 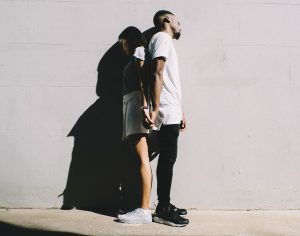 You May Be Wrong About Your Attachment Pattern
November 30, 2018
One of the most profound influences on the way we behave in relationships is our early attachment patterns. As children,… 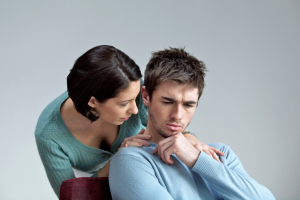 Are You Expecting Too Much from Your Partner?
July 1, 2019
These 7 ways we over-rely on our partner can seriously hurt our relationship. When a couple comes to therapy, they… 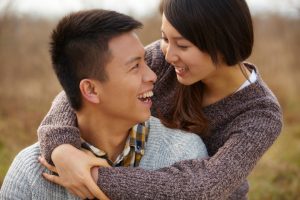 How Mindfulness Can Save Your Relationship
May 31, 2013
In my recent blog, “The Many Benefits of Mindfulness,” I outlined how a mindfulness practice has been scientifically proven to…