The Inner Voice that Undermines Your Relationship 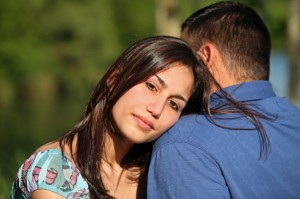 Sometimes our criticisms of our partners and ourselves has less to do with reality and more to do with a self-critical set of standards imposed on us by an internal enemy.

When attempting to understand what goes wrong in our relationships, it can feel as if we would have to wade through un-translated copies of unresolved conversations, transcripts of old arguments and storage shelves of complaints over under-appreciation and overreactions. Trying to make sense of things becomes so overwhelming that when a relationship does end, we find ourselves offering the vague oversimplification, “It just got so complicated.”

What we fail to realize is that what goes wrong in our relationship often has less to do with our actual feelings for the other person than our own defenses and an internal enemy known as the critical inner voice. The voice is what runs us down when we make a mistake or say something stupid. It’s the part of us that doesn’t believe we can accomplish anything or that we’ll ever be smart enough, attractive enough or just enough. Most of us can identify this voice in some area of our lives. But rarely do we recognize just how vicious an intruder it can be on our relationships, attacking not only us but our partners and our relationship in general.

“The primary reason relationships fail is that each partner brings to the relationship his or her own critical inner voices and the defensive behaviors these voices regulate,” said Dr. Lisa Firestone in her book Conquer Your Critical Inner Voice. How does the critical inner voice try to undermine a relationship? Take look at the scene in Annie Hall where the main characters, Annie and Alvy, have just met and are having a glass of wine on the balcony of her apartment:

ALVY: So, did you shoot the photographs in there or what?

ANNIE: Yeah, yeah, I sorta dabble around, you know.

(Annie’s thoughts pop on the screen as she talks) I dabble?  Listen to me-what a jerk!

ANNIE: Well, I would-I would like to take a serious photography course soon.

ALVY: Photography’s interesting, ’cause, you know, it’s-it’s a new art form, and a, uh, a set of aesthetic criteria have not emerged yet.

ANNIE: Aesthetic criteria?  You mean, whether it’s, uh, good photo or not?

I’m not smart enough for him.

ALVY: The-the medium enters in as a condition of the art form itself.  That’s-

God, I hope he doesn’t turn out to be a shmuck like the others.

ALVY: Still, still we- You need a set of aesthetic guide lines to put it in social perspective, I think.

Our critical inner voice tries to undermine us at almost every stage of our relationship, but particularly when we feel open and vulnerable to our partner. It manifests itself in our self-critical thoughts: all of the picky thoughts we have about our appearance, all the criticisms we have about the way we talk, all our nagging insecurities about the way we act.  As the self-consciousness and self-attacking persist we gradually withdraw into ourselves and away from love.

At the same time, our critical inner voice tries to undermine our feelings for our partner.  It manifests itself in all the disapproving thoughts we have about their appearance, their habits, their characteristics.  In the way that we exaggerate and focus on their flaws and shortcomings.  In our cynical attitudes about them never changing.  As the picky thoughts and criticisms persist, we gradually withdraw from our partner and again, away from love.

The key to overcoming limitations involves not listening to this voice. The trouble is that we are so used to living with this unfriendly internal dialogue that we are barely aware of it. We think of these criticisms as our own point of view, our selves, rather than an anti-self, which is what it truly is.

The following exercise will help you identify your critical inner voice and what it is saying to you and what it is telling you about your partner. Dr. Firestone explains, “…both partners are often ‘listening’ to the dictates of their voices. In a sense, their communications are being filtered through a negative point of view that distorts the way they view themselves and their partners.”

People often find it useful to write down their thoughts or talk about them with a friend as they proceed through the different steps of this exercise.

Exercise: Identifying the Critical Inner Voice Attacks on You in Your Relationship:

First, take some time to think about the critical thoughts and attacks you have about yourself in relation to love and your relationship. [For example: I’m so awkward, I always say the wrong thing.  He (she) is going to think that I’m such an idiot.]

Exercise: Identifying the Critical Inner Voice Attacks on Your Partner in Your Relationship:

First, take time to think about the critical thoughts and attacks you have about your partner. [For example: He (she) is such a slob.  I’m always cleaning up after him (her).  He (she) is so gross; how did I end up with him (her)?]

Now take the same statements and translate them from the first person into the second person…as though someone were talking to your about your partner. [He (she) is such a slob.  You’re always cleaning up after him (her).  He (she)’s so gross; what are you doing with him (her)?] Say the statements aloud, start with the one in first person, then say the one in second person. Does the second one seem more emotionally charged than the other?  When you say the second one, do any more thoughts come to mind?  If they do, say them too, but be sure to keep them in the second person.

By putting your critical inner voice into the second person, you separate yourself from its alien point of view and are left with your real feelings your loved ones and your life. And once you are conscious of the process that has been undermining your relationship, you are better able to combat it in the future. Who knows, if Annie and Alvy had been aware of their voice attacks, the first scene of the film might not have been:

ALVY: Annie and I broke up and I still can’t get my mind around that.  You know, I keep sifting the pieces of the relationship through my mind and examining my life and trying to figure out where did the screw-up come, you know, and a year ago we were… tsch, in love.

To learn more about the critical inner voice, its source and how it affects your life click here.

I am in a relationship with a woman who exhibits a significant fear of getting close. She will regularly become guarded and withhold following some of our closest times. Would you consider publishing on this site an article with tips on how to best handle loving someone who regularly withholds and becomes guarded? 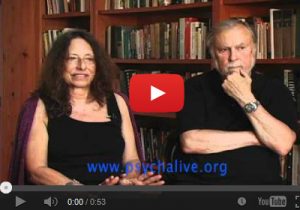 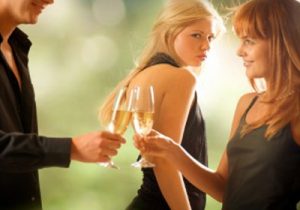 Are You the Cause of Your Jealousy?
September 27, 2011
Irish writer Elizabeth Bowen once wrote, “Jealousy is no more than feeling alone against smiling enemies.” This simple statement sets…

Recovering from the Trauma of this Past Year
March 30, 2021
Now that we are not only seeing the light at the end of the tunnel, but we are almost there…