Dr. James Garbarino discusses the correlation in violence between the sexes.

I published a book, Lost Boys, in 1999.  The subtitle is,  “Why our Sons are Growing More Violent – What we can do about it.”  And almost immediately, people kept saying, “Well, what about girls?”  And the more clinicians, the more practitioners, the more social workers, educators I spoke with over the years, more and more they said, “But we think we’re seeing more aggression in girls.  What about that?”

And the precipitating incident was reading a press report of a Justice Department report that said that they had just discovered that it used to be that for every one girl arrested for assault, that 10 boys were arrested.  And the newest data said that instead of 10:1 it was now down to 4:1.  And that sort of got me thinking about if indeed there was a phenomenon there, of a reduced gap in aggressive behavior, where did it come from?  What did it mean?

And that’s what led to this book, See Jane Hit.  Because I think, among other things, setting aside this sort of policy and practitioner interest, it’s a very interesting intellectual question because if there used to be this much difference and now there is this much difference, what does that tell us about the things that cause aggression and shape whether it increases or decreases?

So I was really drawn to this idea that it is cognitive structuring, the messages that are given about aggression — when you do it, who can do it, why do you do it, how do you do it — coupled with behavioral rehearsal, actually being in situations in which you can express aggressive behavior.  And then it can be subject to all the psychological processes of reinforcement and modeling and punishment and extinction and all of the things that behavioral psychologists talk about.

And then seeing if those had those changed with respect to gender and aggression and coming to the conclusion that they very clearly had.  So that became the core of that analysis.  And then various sources of data came into play to sort of augment that.

For example, there is a very interesting study that gets at the idea that gender differences still may exist even if it isn’t in the absolute level of certain phenomena but in the correlations within phenomena.  For example, there’s a study of troubled delinquent boys and girls, roughly the same percentage of which had non-secure attachments. But the boys and girls were differently weighted on the kind of insecure attachment they had. The boys were particularly likely to have detached attachment problems, where they say, “You know, my parents, who cares?” And the girls are more likely to have anxious attached problems.  So it looks like there’s no difference in the sense that the same percent have secure attachments. But there is a gender difference presumably running through that.

We’re going way back to Eleanor Maccabee’s research on infant babbling as a predictor of IQ, where the finding was that it was a significant predictor of intelligence in girls, infant babbling, but not in boys.  Get to the same level of IQ but the pathway is different.  And so, I think there are a variety of reasons why the gap in aggressive behavior has narrowed.

But there may also be some boundaries on that, that there are some gender related genetic factors which make it very unlikely, for example, that girls will never equal boys in the most serious forms of chronic aggressive behavior.  So, as always, it’s a matter of sorting out the shifting sands and threads and pathways and all of this.  And that’s what I tried to do in See Jane Hit.  And, of course, people respond simplistically; they think, “What are you saying, that boys and girls have the same aggressive level?”  And I say generally, “No.”

So it’s not surprising in a way that that equalization would lead to a shift.  I think one nice example is that the research on the effect of TV violence on aggressive behavior that began in 1960, the work of Leonard Aaron and his colleagues.  When they started, they found a strong effect of televised aggression on aggressive behavior, but only for boys.  Girls were immune to that effect.  By the late 1980’s, girls were showing the same effect as boys.  And that clearly, in my mind, testifies to a shift in the cognitive structuring and behavioral rehearsals of girls which are now amenable to this influence.

There’s an Israeli study that compares Israeli children living in general in Israeli society and they show the same effect as American children – the more violent TV, the more aggressive behavior.  But they had a sub-sample of children raised on kibbutzim, in the kibbutz, an intentional community with a strong ethic about cooperation and a very strong ethic against violence within the community and they look like American girls in 1960.  TV violence does not predict higher aggressive behavior in them.  So, it’s a matter of understanding the context in which these phenomena are occurring.

Wow as a victim of domestic violence which it is called not intimate partner violence as trump has changed it. Are you really taking us back to 1950 when no one blinked an eye when a man slapped a woman raped her or stalked her so she couldn’t divorce him. Because until the 70s both parties needed to be present in court to divorce often leaving the woman with no choice. Yes men saw much violence on tv and in movies but because society in the 60s through the 90s was male dominated media tv. Also it became normal to just hit your wife then blame her that she’s crazy. But your saying the man is just as crazy but his crazy is justified as well as his actions. The stigma against Domestic violence the people that blame the woman. The cops that don’t listen to the woman or even the man at times. But don forget the gender differences in size and strength often associated with the two different genders as I hope you know. I almost died because I couldn’t fight back against my boyfri end as hard as I tried. I screamed for help and no one came. And this infantile archaic article just promotes that. Only in the past 10 years have I seen media change in violence towards women. Prince beat his woman in purple rain. John travolta beat his wife in urban cowboy. We progressed a lot and because of articles like this we are going back in time. Stop justifying violence domestic or otherwise and do what we do to violent people. We put them in jail!! 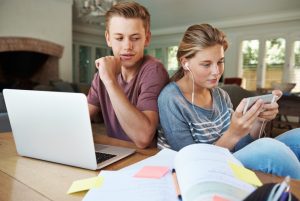 Top 8 Ways to Protect Your Kids Online and Improve Communication in the Family
May 12, 2014
As a middle school teacher, I constantly have parents come to me and ask if I would be willing to… 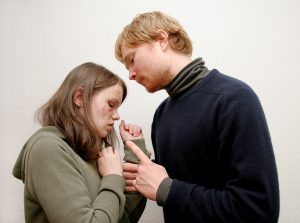 Preventing Interpersonal Violence in Relationships
February 22, 2018
As a therapist, I want to help survivors of dating violence, domestic violence, and abusive relationships recover their sense of…