The Joy of Sadness 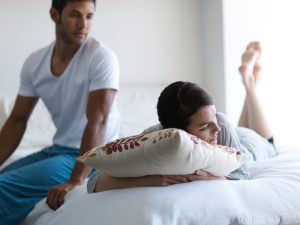 Upon exploring my psychological issues rather late in life I discovered something entirely unforeseen: that while I had been unconsciously avoiding feeling “sad” my entire life this emotion was not only satisfying but a key to who I really am. I had until then said my goal in life was to be “happy”. After this discovery, however, I realized that I was far more interested in feeling the deep sadness which is an integral part of life.

I first encountered my sadness when I engaged, over a month-long period, in a 10-session course of feeling release therapy with a trained counselor. I first went back into my childhood and released tremendous anger at how I had been treated by my mother.

After working through these feelings in the first few sessions, however, I noticed something strange. I was not feeling angry anymore. I was instead walking about for days on end feeling deeply, deeply sad. Beneath the anger, I discovered, lay tremendous sadness.

What most interested me about this feeling was that it was a new experience of life. I had been sad before, of course, but usually in relation to specific events: my parents’ deaths, JFK getting shot, my divorce. This was different: a minute-by-minute, hour-by-hour experience, not provoked by a particularly traumatic event.

I realized that I had until then been strongly defended against sadness. My “default” pattern was that whenever it arose in my daily life I would unconsciously try to avoid it. I would turn on the TV, turn to a work project, go to get something to eat. It was only when unavoidable sadness occurred, like my father’s death, that I would allow myself to feel it.

But now I was for the first time feeling my sadness on a daily basis. It was humbling to realize how much sadness I had within me that I had never before acknowledged.

Another thing struck me as well. I had until then sort of casually divided my feelings into “good” and “bad” ones, with feelings like “sadness”, “depression”, “lack of energy”, “unhappy” all lumped into the “bad” category. But I now noticed that when I felt “sad”, I also felt open, decontracted, and that it was a satisfying, “good” feeling. When depressed I felt “bad” – rigid, contracted, closed. I was amazed to discover that these two feelings were opposite to each other, not similar. I also found that when I was “sad” I moved more easily into such other “open” sets of feelings as “love”, “empathy” and “compassion”.

In the months to come when I felt depressed I neither tried to repress it nor to do something to make me “happy.” I instead worked on relaxing and decontracting my muscles, breathing into my depression, to move from feeling “depressed” to “sad”. When I did so not only did my depression lift, but I found myself open to loving, gentle or empathic states of being.

Prior to these experiences, I had thought that my goal in life was to be “happy”, and had often felt I was somehow missing something when I was not. As a result of investigating “sadness”, however, I discovered that this set of feelings was much more appropriate to who I really am. Why shouldn’t I be sad, given my difficult childhood, the pain I regularly feel about the suffering in the world, my anguish at facing oblivion for all eternity?

It was also interesting to realize a key reason why I had never appreciated my sadness before: the way our “can do” culture sees it as a weakness. It’s embedded in our very language: e.g., “he’s a sad case”. People who are sad are seen as losers.

I was surprised to find, after I began to feel comfortable with my sadness, how uncomfortable it made many others. I happened to have lunch with the head of a foundation (ironically, one dealing with psychological issues) during my “feeling release” course. As I explained my new discoveries about sadness she immediately became uncomfortable and began saying things like “don’t be sad, be happy!” I smilingly responded, “Please don’t take away my sadness, I’ve just discovered it!” She suddenly stood up from the table and disappeared without a word. (And lunch hadn’t even been served yet!)

I still often unconsciously push away sad feelings. But I do so far less often, and the ability to feel my deep sadness has immeasurably enriched and deepened my experience of life.

Dr. Pat Love, in this exclusive interview clip, discusses how strong emotions like sadness are used by our brain to signal.

Fred Branfman Fred Branfman is a writer and political activist who only began studying his psychology in his ‘50s. He’d advise anyone to do it in their 20s, but has also found it’s never too late to start. He has found the ideas presented in Psychalive.org have vastly improved his energy and sense of aliveness, capacity for feeling, friendships and relationship with his wife. 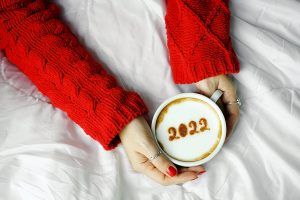 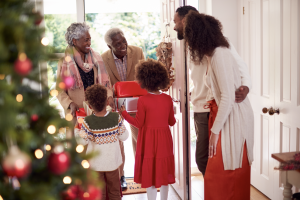 I agree with Dr. Firestone here for the most part. I want the romantic and physical relationship with my ex to be over. Still, I also wanted him to be my friend to be there for me and me for him in a balanced way. You can be as independent as you want to be but it is always a good feeling to know that somebody has your back and your have theirs. So I believe in what she is saying but I guess not to the extreme that she is saying it. Also she make an analogy to a person being like your right arm and you are not very attracted to your right arm….I am….I have had my right arm since conception and I hope I can have it for as long as I live. I bath it, I lotion it down…If it hurts or gets broken I will go to the doctor…I love my right arm..

Thank you so much for such an authentic and beautiful article on sadness. I can totally relate to that and I am very grateful to have found it today as I needed a reminder (I was getting a bit depressed – only coz I was probably judging my sadness…or comparing my mood to another day’s mood…)
So thank you so much again. It did help me a lot. I am not depressed anymore. In fact, just right this moment writing these words I can feel tears in my eyes but I feel loving, compassionate and very strong at the same time.
Love and blessings,
Tatiana
xxx

Wow! This really resonated with me. I was so excited to read it. It’s spot on with what I have experienced in my own life, in a way that I feel most people can’t relate to.

In my teens and early twenties I felt sadness often. Sometimes I sought out sadness, perhaps because I believed I couldn’t feel happiness at that time, and perhaps because I really enjoyed exploring my sadness. It was a way I could access my own creativity and also a feeling of nurturing compassion. I also struggled a lot with depression at that time and similar to the author’s description, felt that the depression was a contracting, closing off feeling, whereas the sadness allowed me to remain open and experience gentle expansion.

I’m still in bit of shock after reading this beautiful description of sadness. Thank you for writing this. I feel like it has somehow validated very intimate parts of my own personal growth that I have never openly shared with others.

I thought I was the only one (or maybe one of the rarest) to feel that sadness chills inside at some point. It’s somehow relaxing. I don’t know I am really really sad most of the time. It’s weird but I love it.

Mr. Branfman, it appears to me that this article was posted in 2014 and here I am reading it in May, 2019 and feeling such an “aliveness” after reading this. I will be 70 this year and have spent so many years striving to understand why I feel the way I do and not some other way, like joyful. I felt a sense of freedom and aliveness this morning after reading and reflecting on what you wrote. I printed it off as a reminder that much of what we feel is based in our reality and makes reasonable sense, i.e., who wouldn’t be sad having the experiences so many have had. Those memories are lodged in our cell memory and finding a way to work through them isn’t affordable or even easily assessable for many people. Anyway, thank you. I’m curious to how moving forward might feel now, after accepting that being sad is reasonable and not a flaw or defect. And no longer having the need to apologize for my sadness or to “act” happy so others feel good when they are with me. I agree it’s never too late to rethink, review, and recycle beliefs that are keeping us stuck in outdated paradigms. This morning I am feeling hopeful after reading your fabulous message. With appreciation, Nancy.

Thank you for articulating sadness with such grace. I have not been able to describe what I had been feeling for such a long time. It was so calming and enlightening to read this. I will come back and read it again and again, each time I need a reminder.

Thank you, Fred. This made a difference in my life.

Why Therapy is Essential for Treating Addiction
Most people assume the remedy for recovery involves detox and abstinence from the drugs/alcohol.

Self-Sabotaging: Why We Get in Our Own Way
The expression “you are your own worst enemy” rings true for most of us.

Identity, Belonging, and IntraConnection
In this Webinar:  In this presentation, we’ll examine the notion of “connection” and its correlation with mental health. 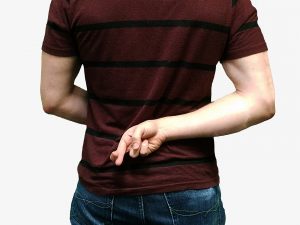 Compulsive Liars: The Truth About Lying
March 13, 2017
“You’re a despicable liar!” These words, shouted by my 11-year-old cousin, John, were etched into my mind some forty years…

Dealing With Today’s Trauma
September 1, 2020
Two weeks ago, I was talking to a friend who has been depressed. Because of COVID-19 and her age, she… 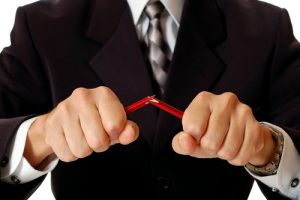 Exploring Anger: What It Is, What It Does, and When It’s Appropriate
June 28, 2011
It’s happened to everyone: that internal switch that gets flicked on without a moment’s notice and just like that… all…