Self-Control May Be a Key Factor to Success

Self Development By Suzanne Stafford 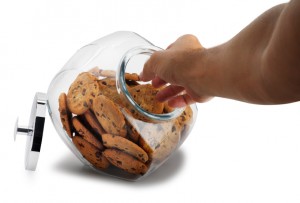 The age-old expression “Good things come to those who wait,” seems to hold true even in scientific research. However, “good things” may not merely be a present to those who are virtuously patient, as the expression posits, but may in fact be a result of an individual’s personality and behavioral traits correlated with patience. According to ongoing research conducted by Walter Mischel, a professor of Psychology currently at Colombia University, these factors play a large part in ultimately determining an individuals’ success in life.

In the late 1960’s, Mischel conducted research at the Bing Nursery School, on the Stanford Campus (where he was a professor at the time), on over 600 children in order to identify mental processes that allow certain individuals to delay gratification. The children were left in a room with a tray of treats and told that if they waited just a little bit longer while the researcher stepped out that they would be rewarded with two treats instead of one. Video footage revealed that most of the children were unable to hold out for a greater reward and surrendered to the sweet treats. While techniques used by some of the children to delay temptation, including fidgeting and sometimes self-harm, were central to Mischel’s research, he soon found an important correlation in the results: by tracking the children over time, MIschel found that a child’s ability to resist and control urges was an accurate prediction of their ability to succeed in school later in life. Even further investigation found that self-control was also positively correlated with good SAT scores, college performance, stable employment, and even a lower body mass index. Mischel explains the role of willpower in an indivdual’s overall success by simply stating “If you can deal with hot emotions, then you can study for the S.A.T. instead of watching television, and you can save more money for retirement.”

A similar study conducted by Terrie Moffit, a professor of psychology at Duke University and King’s College London, found that children who struggled with self control as pre-schoolers were three times as likely to have problems as young adults. In addition, Moffit is looking to investigate whether teaching skills of self-control and conscientiousness to children at a young age may help improve the physical and financial health of a population as well as reduce crime rates. Lessons in self-control are not only becoming more prominent in school settings but are also becoming more stressed in the home environment as well. While intelligence and social status are hard aspects of a person to change, evidence suggests that self-control may be learnable and improved upon. Given techniques and skills to improve upon self-control may improve a child’s chance in the future to not only improve his or herself but to also become a greater contributor to society.

Currently Walter Mischel is continuing his research at Colombia University where, with current fMRI technology, he has been able to recruit former BIng participants and investigate the neural circuitry associated with self-control. Successfully mapping this path in the brain is one step closer to understanding the link between self-control patterns and individuals’ ability to succeed. In the meantime, lessons from Moffit’s research may be utilized to teach techniques and skills to improve a child’s self-control.

Both Mischel’s and Moffit’s research may have important implications for life skills necessary for success, including the importance of teaching children willpower and control. While giving into your child’s demands may be an easy solution to silence complaining or stop unruly behavior, in the long run you may be inhibiting the child’s ability to resist giving into immediate satisfaction which could ultimately lead to troubles succeeding to in school and later life.

The above statement, “self-control was also positively correlated with good SAT scores,” is intriguing considering it is the season for many high school juniors to take the SAT for college acceptance.

I find it interesting that self control was also positively correlated with a lower body mass index! If only we could eat just one Lay’s potato chip rather than a handful. Regarding the obesity epidemic in the United States, this self control is related to Dr. David Kessler’s best-selling book “The End of Overeating: Taking Control of the Insatiable American Appetite.”

After taking a Child Psychological Development course, I agree with this article in stating that “self-control is ‘learnable.'” However, when children struggled with self control as pre-schoolers they are more likely to have obstacles in proactively controlling themselves as adults.

I would be self-control is also influenced by socio-economics.

I am not sure if SATs and High School are indicative of “real” life.

Fantasy Bond 101
This month, I’ve been working on creating a whiteboard explaining the fantasy bond and I’ve come to realize that it…

Self-Control May Be a Key Factor to Success
The age-old expression "Good things come to those who wait," seems to hold true even in scientific research. 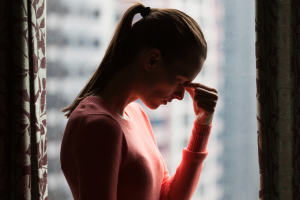 It Is Possible For You to Reduce Your Stress
June 8, 2020
It is normal to have increased anxiety right now as we learn to navigate life in the midst of the…

Addiction: The Causes of Abuse and Dependence And How to Break the Cycle
February 20, 2020
If a woman, a singing sensation, like Amy Winehouse, surrounded by her manager, family, doctors, and bodyguard could be victim…