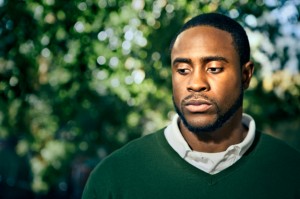 [Separation Theory] is integrative even beyond the blending of the psychoanalytic and existential views… It views people as being innately innocent rather than destructive or corrupt, and thereby it rejects Id Psychology in favor of an existential view of humankind. Its ties to existentialism and humanism are in its acceptance of the viability of the emerging “self,” its observation of the preoccupation of humans with death, …and its view that there is an inevitable drive of the organism to become a differentiated system.

I refer to my theoretical approach as Separation Theory, because it conceptualizes life as a series of separation experiences that ends with the finality of death, the ultimate separation. My approach emphasizes the crucial impact of human beings’ knowledge of impending death on life.  Each successive separation predisposes a state of anxiety and unrest. The resultant fear is compensated for by forming a fantasy or illusion of connection, which I term the fantasy bond. The fantasy process soothes the anxiety and pain, but generally predisposes maladaptation as well.

In order to maintain the fantasy bond, children tend to idealize their mother or primary caretaker at their own expense. In denying her faults, children come to believe that they are bad, unworthy of love or a burden. This process turns them against themselves and later forms the basis of their self-critical and self-attacking self-concept.  In essence, children incorporate the hostile and negative attitudes of their parents that were directed toward them. I describe the process of differentiation as breaking with these negative parental introjects and moving away from fantasy and addictive attachments, while at the same time working toward autonomy and independence.

Separation Theory integrates psychoanalytic and existential systems of thought by showing how early interpersonal pain and separation anxiety and, later, death anxiety, lead to the formation of powerful psychological defenses (Bassett, 2007). These defenses attempt to cope with and minimize painful experiences and emotions suffered in one’s developmental years; however, as noted, the defensive adaptation tends to become increasingly dysfunctional.

Psychoanalytic theory emphasizes the importance of unconscious motivation, explains how interpersonal trauma leads to the formation of defenses, identifies conflict and competition within the family system as well as incestuous tendencies, describes levels of psychosexual development and explains how resistance and transference enter into the therapy process. However, psychoanalysis fails to deal effectively with the significant role that death anxiety plays in life and its powerful impact on the ongoing development of the individual.

On the other hand, existential psychology focuses on understanding the importance of death awareness and dying on the personality, as well as other issues of being, such as individuation, autonomy and transcendent goals. However, existential psychology tends to neglect the “down and dirty” psychoanalytic concepts of defense mechanisms, competition and psychosexual development. In my opinion, neither approach by itself is sufficient; both are necessary in order to fully understand human personality development, motivation, and behavior.

Each individual is born with the potential to exhibit a variety of propensities that are essentially human. The basic qualities of our human heritage are the ability to love and feel compassion for oneself and others, the capacity for abstract reasoning and creativity, the capability to set goals and develop strategies to accomplish them, an awareness of existential concerns, the desire to search for meaning and social affiliation, and the potential to experience the sacredness and mystery of life.  Whenever any of these qualities are damaged, we lose a part of ourselves that is most alive and human. Yet these basic human potentialities are fractured or limited to varying degrees in the course of growing up in family constellations that are less than ideal. The resultant emotional pain and frustration lead to an inward self-protective attitude and a basic distrust of others.

No child is born bad or sinful; rather, the psychological defenses that children form early in life are appropriate to actual situations that threaten the emerging self. Separation Theory places a strong emphasis on individuation and differentiation from any negative conditioning in the family. The ultimate goal of psychotherapy is to help people overcome their personal limitations and to maintain the healthy balance between feeling and rationality that reflects their basic humanness and supports the development of the true self.

Love Yourself: Doctor’s Orders
The phrase “self-love” is more common in today’s vocabulary than ever before. 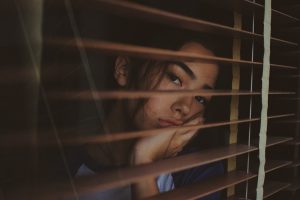 How to Fight the Loneliness Epidemic
December 7, 2018
Taking on your inner critic may help you feel less lonely In the United States, loneliness is currently at epidemic…

You Don’t Want What You Say You Want
December 25, 2012
To the extent that people don’t want what they say they want they are duplicitous in their verbal communications. This… 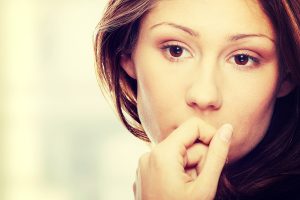