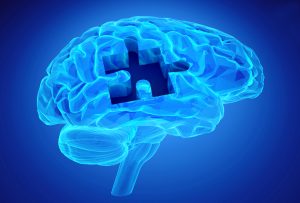 An Interview with Dr. Dan Staso

Neurofeedback has been in use for over 30 years but is only now becoming more widely known.  It’s founded on the basic concepts of biofeedback.  The primary goal of neurofeedback is to stabilize brain function.  Up until recently, if you wanted to improve your mental health, you only had a choice between psychotherapy and medications.  Neurofeedback is now the third option.  When you see a clinician who uses neurofeedback, you will have non-invasive sensors placed on your scalp.  The sensors pick up the electrical activity of your brain.  It’s fed into the computer where it is amplified and then filtered into different frequency bands that are then sent back to the brain.  Frequencies that are measured include delta, theta, alpha, and beta. The brain uses the feedback to change the electrical patterns that were problematic.  It is the modern application of the EEG (electroencephalogram) machine.

What are the benefits of neurofeedback?

There are a wide range of benefits.  Peer reviewed studies have been shown to help the following disorders: headache, depression, attention deficit disorder and hyperactivity, learning disabilities, anxiety and panic attacks, obsessive compulsive disorder, sleep disorders, addictions, post-traumatic stress disorder, head injury, stroke, coma, chronic fatigue syndrome, fibromyalgia, and epilepsy.  There are other conditions that neurofeedback may also help with, however there is less published research in these areas: tremor, spouse abusers and violent men, anger reduction, memory problems, and speech difficulties. It’s been used to enhance musical performance. NASA has been using EEG biofeedback for years to increase concentration in its pilots. Several military medical centers are using neurofeedback for the soldiers to return to combat after injury.

How is neurofeedback used to treat ADHD?

ADHD is the most common reason people seek out neurofeedback. A composite of studies show an 80% success rate with a typical increase in IQ scores of 6-15 points. The most common indicator is the measurement of the theta beta ratio at the top of the head. If it’s too high, a person can use neurofeedback to lower that ratio and increase attention span and reduce impulsivity. Sometimes we find too much alpha in the front of the brain and this is associated with inattentiveness. Reducing alpha in that location increases a person’s ability to stay focused.

How is neurofeedback used to treat anxiety?

In general, one of the easier conditions to treat with neurofeedback is anxiety, and it can be done in several ways. Often there is high beta in the top portion of the back of the head. Training the brain to reduce the amplitude of the high beta results in less anxiety. Changing the beta alpha ratio in the far back of the head also reduces anxiety. Down training high beta at the right side of the forehead also reduces anxiety.

How is neurofeedback used to treat depression?

Are these treatments effective?

It depends on which disorder you are seeking treatment for.  Many conditions show improvement, ranging from 50-95%.  Results do tend to last as long as you don’t get a head injury.  Some people need “tune ups” periodically.  A lot depends on how long you had the condition, if the training was long enough, the skill of the practitioner, and the correct “match” between you and the system you used.  There are now 18 different ways to conduct neurofeedback, which can be confusing to the public.  As such, there are many choices to make.  Each system has its strength.  When one doesn’t do the trick, you might consider switching to another.

Are there any side effects of neurofeedback?

Yes, but they tend to the minor and transient. The most common adverse effects are fatigue and headache.  There have been reports of insomnia and brain fog.  Again, these tend to resolve over a short period of time.  On the Internet one will find some precautions, but in my clinical experience, less than 1% have complained of negative reactions.

I wrote my doctoral thesis on biofeedback and have always been interested in how technology can help clients.  In 1983, I first heard of neurofeedback from a former supervisor. He said he knew Margaret Ayers, who turned out to be the first person to ever use neurofeedback in a clinical setting. I began referring my most difficult cases to her. I was amazed by the results and it explained why some of my clients were failing in psychotherapy. When a person has electrical irregularities in the brain, it interferes with processing speed, attention, memory, and flexibility. Those factors are important to fully benefit from psychotherapy. In 2001 I bought my first of many neurofeedback machines.  It is an exciting field and I gain great pleasure seeing clients improving their lives with this technology.

Frank H. Duffy, M.D., a pediatric neurologist at the Harvard Medical School, wrote in the January 2000 issue of the journal Clinical Electroencephalography that the scholarly literature suggests that neurofeedback should play a major role in many difficult clinical areas. “In my opinion,” he wrote, “if any medication had demonstrated such a wide spectrum of efficacy, it would be universally accepted and widely used… It is a field to be taken seriously by all.” 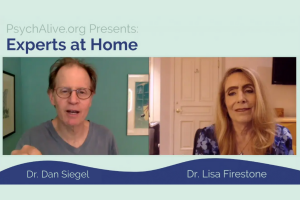 Thanks for your comment about how neurofeedback exists to help stabilize the workings of the brain. I didn’t know that it can help with anxiety and addictions. My father is considering seeing a neuro feedback clinician because he wants to overcome his anxiety. https://zoetherapyservices.com/neurofeedback.html

Thank you for the information. I suffer from depression, anxiety and PTSD. I have tried several types of treatment without much success. I am now researching neurofeedback as a possible solution to my issues. Next step is to speak to my Doctor for a referral to a neurologist performing the neurofeedback procedure. 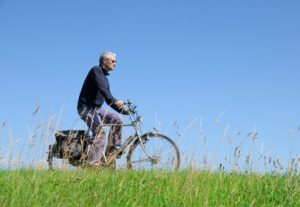 Marigold Memories by Bonnie Badenoch, Ph.D.
December 7, 2009
In the last few years, I have become fascinated with the dance and architecture of our brains, just as I…

PTSD: Why Does It Happen? How Survivors Can Heal
June 5, 2017
A traumatic event is something no one is prepared to deal with. You may feel your mind and body are…