How’s That Working for You? 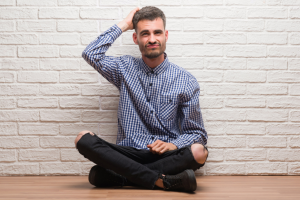 Why are we so stubborn about changing certain patterns?

“What would you say is your biggest weakness?” This is probably the most dreaded question in a standard job interview, in large part because it’s one we aren’t really expected to answer honestly. Instead, we’re supposed to guise the weakness as a strength. “I’m a perfectionist.” “I work too hard, care too much, etc.” For most of us, it’s uncomfortable to pretend our greatest flaw is something so flimsy and usually unsubstantiated.

If we were to respond to this same question as it applies to our personal life, the answer would probably flow easily. Most of us keep long, catalogued lists of our flaws, and our struggle wouldn’t be to name one but to pick what we’d consider our “biggest.” While we may think we know ourselves well, our self-perception of is often distorted and fixed. As our own worst critic, we see ourselves through a skewed filter, which makes it much more challenging to change certain traits that aren’t serving us in our lives.

For example, one man I worked with who always felt himself to be “stubborn” and “rough around the edges” was promoted to a management position at his company, where he often found himself being curt and disregarding of his employees. A woman who saw herself as “unlovable and timid” kept avoiding meeting people, because she couldn’t imagine finding someone who wouldn’t ultimately reject her. While they both were aware of their struggles and felt unsatisfied in these areas of their lives, when asked about trying to change their approach to the situations, both had the same reply, “That’s just the way I am.”

For anyone to make any change or develop in themselves, they have to look at how things are working for them. So many people do the same thing, while expecting a different result. A boss who keeps micromanaging her employees won’t earn their respect. A parent who’s always correcting their child won’t help the child feel secure. A partner constantly keeping to himself won’t bring his spouse any closer. And yet, the very traits that seem so clear to someone and that are causing them the most trouble are often the toughest to change. We feel like we are stuck in a rut with little hope of emerging. Any movement to escape these patterns is met with thoughts like, “That’s just my personality.” “That’s just how I was raised.” “That’s just the way I am.”

Whether spoken out loud or not, many people adopt this attitude that something about them is unchangeable or untouchable. They are stubborn about challenging certain qualities that would shift their core beliefs, how they see themselves. They may react defensively when a friend or partner suggests a new way of dealing with a problem or approaching a situation. They may even feel angry when someone positively acknowledges them for being a way that doesn’t fit with how they think of themselves. No matter how much they dislike or complain about the hardships their patterns cause them, they are very resistant to changing them.

The reason for this has to do with our early lives and the defenses we formed to deal with whatever painful or unfavorable circumstances we faced. Being overly demanding or distrusting with our coworkers is not adaptive or strategic, but it may have been when we were growing up in a family that was often negligent and untrustworthy. Shutting down and being unresponsive to our partner when they want to connect won’t benefit the relationship, but it may have been the only way to get our needs met or avoid trouble in our childhood. Our defenses may not serve us as adults, but they still can feel life-saving. We keep them near like a cozy blanket to shield us from danger. Therefore, we’re stubborn about fully recognizing them.

One way to identify if a certain pattern fits with our defenses and is hurting us in our lives is to ask ourselves the simple question, “How’s that working out for you?” If we find ourselves saying, I want to be different but keep falling into the same habit or justifying our circumstances with self-criticisms, then we may have to face that this behavior has deeper roots buried in our history. Challenging it will mean adopting an entirely new attitude toward ourselves and possibly toward others.

The first thing to acknowledge is that these qualities are not fixed. We may be in a rut, but we can shift our attitudes, feelings, and actions. If we are telling ourselves that something within our power is impossible, that is a sure sign that our “critical inner voice” has taken the wheel. This critical inner voice is the language of our defense system. It is based on negative attitudes we were exposed to early in our lives that we’ve identified with and internalized.

Challenging our voices can shake up our entire sense of identity. It can make us feel unsafe, as it often means exposing painful aspects of our past that we may want to bury. For example, the man who felt he needed to take charge at work with his employees was resistant to looking at the ways he was criticized and commanded over by his own father, who often made him feel small and incompetent. The woman who felt too shy to pursue going out with anyone grew up being told to keep quiet and not be a bother. When her parents split up, she believed it was because she failed to stay out of their way.

Once we realize that we’re in a rigid pattern based on an old, distorted attitude, we can start to challenge these attitudes. One of the most effective ways to do this, I’ve found, is to take on our critical inner voice attacks, a process I’ve described in other blogs as well as in the book Conquer Your Critical Inner Voice. The next step is to take a different action. If a “voice” tells us, “You should be working all the time,” we could plan a weekend unplugged from work. If it insists, “You need to take care of your partner. It’s up to you to fix them,” we may want to resist caretaking our partner and start relating to them more as an equal. These may seem like simple and obvious changes, but they can make us really uncomfortable, like squeezing ourselves into an itchy sweater rather than a cozy blanket. Unfortunately, it’s often the patterns that make us most uncomfortable that touch the core of our defenses.

Because challenging our defenses and changing our patterns can feel so uncomfortable, it’s valuable to keep certain steps in mind to stay on course. The first is to notice the pattern and reflect on where it may come from. We can take the advice of interpersonal neurobiologist Dr. Daniel Siegel and use the acronym SIFT to look at the Sensations, Images, Feelings, and Thoughts that are associated with the pattern. We can be curious and open as we look at the adaptations we made to past circumstances, and we can consciously acknowledge that those adaptations are no longer necessary to us now.

Next, we can start to take chances in our actions. We can try to enjoy the adventure of doing something that makes us uncomfortable. As we do, we have to be willing to sweat through the anxiety and challenge the critical inner voices that arise every step of the way. For the man described above, letting go of control at the office and speaking to people in a warm tone, completely changed how people responded to him and how he felt at work. However, he had to get past a lot of self-attacks telling him he was being “foolish and weak” and “would be stepped all over” as a result.

The woman I described managed to meet someone on a dating app. However, she found herself consistently distrusting every time he was nice to her. “He’s going to let you down. He’ll stop calling and forget about you. You’d better stop this before you get hurt,” her inner critic would chime in. Each time, she took an action to counter the attack. Sometimes that meant sending a text to the man she was dating. Eventually, it meant saying yes when he asked her to move in together and finally allowing herself to feel happy and in love.

As we move through these steps, it’s helpful to practice self-compassion. To look at our patterns without hating ourselves, we have to accept that we came by them honestly, and that they can feel frightening to change. However, if we adopt a kind attitude toward ourselves, we’re far better able to resist the temptation of our inner critic in its effort to steer us back on a miserable course. Though they may get louder at first, the longer we resist, the quieter our critical inner voices will become. Eventually, we can embrace a new perception of who we are and “what works for us” and not what was prescribed to us by our past.

Thank you. Elements from your article have given me the first items in my tool box. 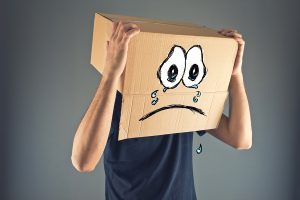 Why We Won’t Let Ourselves Be Happy
July 22, 2015
When it comes to our own happiness, many of us are familiar with the pattern of taking two steps forward,… 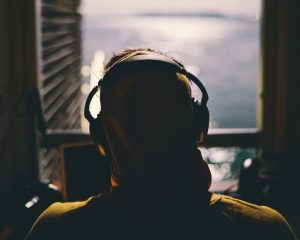 Ep 5: Why Do We Respond the Way We Do to a Pandemic?
March 20, 2020
We are living through an unprecedented time. Facing a global pandemic, many of us have been struck by unknown waves… 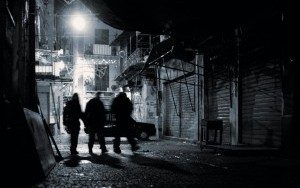