Are You Tricking Yourself Out of Love?

I was once doing a radio show about our (my father, Dr. Robert Firestone, and my) work on the “critical inner voice,” a self-destructive thought process we all possess. The host started the show by talking about all the media attention on terrorism and the fear we, as a nation, were feeling following the attacks of 9/11. She ended her introduction by saying, “But what if the worst enemy we face is the one residing inside ourselves, the critical inner voice?” I found her statements compelling. Throughout our lives, we often act as our own worst enemy, sabotaging love and success, undoing our relationships, hurting the people closest to us, and not really living our lives based on the things that really matter to us and that would give them meaning.

The critical inner voice is an insidious force. Sometimes we are aware that we are critiquing ourselves, talking ourselves out of being vulnerable, taking positive risks in our intimate relationships, or really going for the things we want. However, we are less often fully cognizant of how we are sabotaging ourselves with self-protective thoughts, thoughts that tell us not to trust anyone, to be skeptical and suspicious, to keep our distance, or to depend only on ourselves. Both self-critical and self-soothing/self-protective thoughts make up the critical inner voice. While not all of these thoughts are overtly critical, they are all self-destructive and sabotage our intimate relationships. Many relationship problems stem directly from our self-attacks, making it difficult to maintain a healthy relationship.

Identifying these critical inner voices and developing a realistic, compassionate point of view toward ourselves and our partners or potential partners is the first step in the process of differentiation, which is outlined in our new book, The Self Under Siege. In the book, my co-authors, Dr. Robert Firestone and Joyce Catlett, and I outline a four-step process for differentiating ourselves from negative influences from our past and from society at large in order to become the person we want to be — “our real self.” This process of differentiation is key to separating from destructive internal coaching and achieving lasting love.

To be able to recognize and separate from destructive voices, we must first recognize that many thoughts we regard as our own point of view may not really be representative of our true self. For example, I was working with a woman the other day who is currently in the most fulfilling relationship of her life. She is with a man who really loves her, respects her as a separate, independent person, and who loves sharing life with her and her family. She began the session by saying she was bored with him and had lost her sexual desire in their relationship. She earnestly believed this to be her genuine point of view. I asked her to state these thoughts in the second person, as though another person was imparting this information on her.

This method of getting a degree of separation from destructive voices was developed by my father, Dr. Robert Firestone, in his treatment approach Voice Therapy. As she began to say these thoughts in this manner, she started with the thoughts she had originally stated but soon went on to reveal a whole point of view that was critical of her and her partner. Her tone became superior and degrading. After allowing time to fully express these thoughts, I asked her where she thought these thoughts had originated. Whose point of view was this? Asking these types of questions is the second step in Voice Therapy. She quickly responded that she felt it was her mother’s voice talking to her. She revealed that her mother had often expressed critical and superior attitudes toward men. She recognized that this incorporated point of view of her mother’s was sabotaging her relationship, a once healthy relationship that was precious to her.

She then answered back to that voice, the third step in Voice Therapy. She revealed her real point of view about her partner; she spoke of how she really loves him, that she finds him attractive and enjoys sharing life with him. Next, she looked at how this voice was affecting her relationship, enticing her to pull away from her current partner and to look for other men. She decided that instead of distancing herself, she would take actions to show him how much she cares for him and to get closer to him, thus completing the last two steps in Voice Therapy.

Leaving this session, she was surprised by how different she felt from when she walked in — the shift in her point of view amazed her. Prior to the session, she felt that her superior, rejecting attitude toward her partner was her real point of view. She now recognized that she had come perilously close to taking actions that would have sabotaged her relationship, one that was providing her with much happiness and satisfaction.

Recognizing how the voice operates as the agent of self-sabotage and as a destroyer of close relationships is the first step in breaking free from an identity that is not really you. We can start to have compassion for ourselves and our partners. And we can begin to pursue a healthy and fulfilling relationship. Challenging these critical inner voices and taking actions that go against their prescriptions is key to differentiating yourself, yet it simultaneously allows someone else to get close to you.

Separating from the negative aspects of your early caretakers, which you have incorporated into yourself in the form of an “anti-self,” allows you to start to gain a sense of who you really are and what you really want in life and love. You can then start to pursue the people, activities, and experiences that light you up and make you feel more yourself, the things that give meaning to your life. By breaking these patterns of self-sabotage, you give yourself the best chance of truly falling in love and staying in love.

Learn more about Dr. Firestone’s new book, The Self Under Siege

In my forties, I began to wonder if I would ever find a partner to be intimate with. I would go to bed with lots of women but it never seemed to amount to anything. I fact it was beginning to make me depressed. Small towns can do that to you. I moved to a bigger town and did much of what I had done before and became even more depressed so I moved back to my home town but became even more depressed. My home town wasn`t a place where you had many single but family was around and I needed them. Then one day it occurred to me that I was depressed because I was always thinking negative thoughts. So changed that and felt better. So changed that and felt every time I found myself feeling that way. I then decided to take advantage of the welfare system used that to get training in bus driving which was the only way I could think of to get a well-paying job that would allow me to work part time. Until I could find a way to become involved in engineering. However one careless night I got caught drinking and lost my license. That ended that job It didn`t matter because I found out there was no way to get a part job bus driving anyway. However, now I`m on old age so get a pension. However my desire to engineer an idea is still there and I have found where I can get all the equipment I need. And as soon as I sell my house up here I`ll settle on the coast and work on my experiments down there. I have ADHD. It is very hard to do things the way other people do things, much harder. But if you can keep at it you can still be happy. 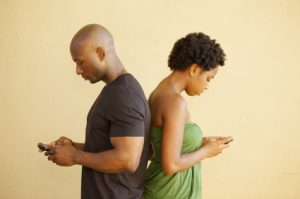 Is Your Smartphone Ruining Your Relationship?
May 24, 2017
Smartphone dependency is on the rise. According to Dr. James A. Roberts, “the typical American checks his or her smartphone… 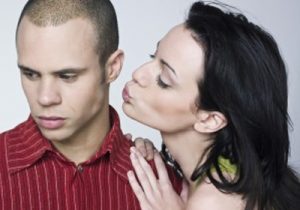 It Is Immoral To Stop People From Loving You
October 4, 2011
Some of the most destructive behaviors, commonplace in relationships, are those that people act out in an attempt to ward…