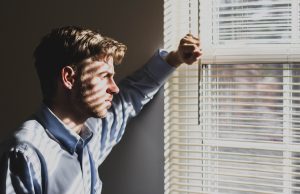 It’s now February and nearly two months into our New Year’s Resolutions for 2020. So how are you doing with yours? Do you know that, according to the American Psychological Association, 93% of people set resolutions at the first of the year? And did you also know that research shows that by February, 45% of those people have failed to keep them?

So let’s talk about what we’re doing wrong and why we keep starting every year by basically setting ourselves up for failure.

The most common reason given for not following through with New Year’s Resolutions is lack of willpower or self-control. Hmmm, maybe that’s not it. I think the problem is that our critical inner voice gets involved and, without our even realizing it, derails us from succeeding in reaching our objectives. The ‘voice’ is tricky; it can get involved when we’re establishing our goals and it can influence us to ignore them.

1. When we’re creating our resolutions, we have to make sure they’re not coming from the voice of our inner critic. Take the three most popular resolutions. Could the desire to lose weight be inspired by voice attacks like: You’re so fat and unattractive. How do you every expect to attract someone? You’re gross. Could the goal to exercise regularly be coming from a voice that says: All you do is sit around. You’re such a blob. You’re getting old and out of shape! Could the vow to make more money be motivated by this voice: You’re such a loser. You’ll never be to be successful!

Our plans for improving our life and ourself should come from a compassionate, accepting part of us, not from our negative inner coach. In relation to losing weight, it’s more important to feel kindly toward your body, no matter what size it is. When it comes to exercising, you’re being active if you’re enjoying moving and playing and having fun. And regarding your finances, if you’re supporting yourself and being responsible you’re already successful. When it comes to changing, you will be much more successful when you maintain a benevolent attitude toward yourself. Your expectations will be more realistic and attainable, too.

2. When setbacks occur, the critical inner voice is standing by, ready to reem us for our digressions. You’re such a failure. Why don’t you just give up on yourself? But again, you need to be kind toward yourself and tolerant of your shortcomings. This will enable you to recover from them more quickly and continue toward your goal.

It’s important to understand how change takes place and that failures are a natural part of developing. Our behaviors are well-established and hard to alter because they have been hardwired in our brains over a long period of time. Our behaviors lay down neural pathways in our brains which is why we automatically behave in certain ways. The longer we’ve done the behavior, the deeper the pathways. However, modern research in neuroscience has discovered that the brain is not stagnant but continues to create new neural pathways and alter existing ones as it adapts to new experiences, learns new information, and creates new memories. As you can imagine, it takes effort to resist taking the well-worn pathway by falling into old habits. However, when you change your actions and take the neural pathway less travelled, you will be remapping your brain and bring about real change.

3. There’s another way the critical inner voice tries to sabotage our efforts to improve our lives, especially when we are dealing with difficult behaviors, like addictions. At first, it tries to seduce you into going against your resolutions. If you are determined to give up smoking, the “voice” can get you when you are feeling particularly stressed: Wow, you are so tense. Just have a cigarette this one time. You’ll feel so relieved. It’s not like you’re going to get cancer from one cigarette. Or if your goal is to drink less, the “voice” may chide you: Hey, it’s a party. Don’t be so uptight. What’s the big deal, everyone’s drinking. Have some fun!!

And when you do give in and engage in the behavior you’re trying to control, the “voice” turns on you: Look at you, you have no will power. You are so weak. You’re pathetic. It feels terrible to be caught up in this vicious cycle of self-enabling and self-attacking. However, the way out lies, once again, in maintaining a compassionate attitude toward yourself, even if it seems like the voice has the goods on you.

If you have an overall attitude toward yourself that is realistic and benevolent, your critical inner voice can never get the goods on you. Never forget that there is nothing fundamentally wrong with me you, you are good enough. And remember that changing takes time and that there will always be missteps and stumbles to learn from along the way. Rather than listening to your critical inner voice, remember the lesson the maid in The Help tried to instill in the little girl she took care of: “You is kind. You is smart. You is important.” Maintaining a kind and compassionate attitude toward yourself will be much more valuable than any New Year’s Resolution you can make, but it will have the added benefit of making it easier for you to make the changes you wish for yourself. 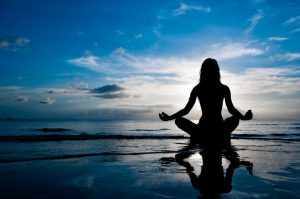 The Tao: Mindfulness-Based Cognitive-Behavior Therapy
April 23, 2012
All things in the world come from being. And being comes from non-being. –Lao Tzu This is the essence of… 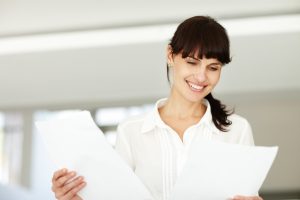 How to Stop Feeling Overwhelmed
April 9, 2015
Feeling overwhelmed? You’re not alone. A whopping 44 percent of Americans feel more stressed than they did five years ago.… 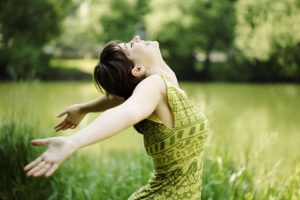 4 Steps to Conquer Your Inner Critic
February 22, 2013
Most of us are familiar with those nagging thoughts that tell us we are not good enough, that cast doubt…