Dr. Peter A. Levine: I also have a video I made of an Iraq-Afghanistan Marine who was blown up by two IED’s and completely destroyed. But, again, in a relatively short period of time –not that this is the whole story — you see him come back into life, come out of this state of complete shock, back into life.

When you see Ray, he’s in a case consultation I’m doing in Los Angeles and he’s like this [stiff posture, head down], and I talk to him and he doesn’t move his head. He’s just locked in shame and defeat. And we’re talking a little while and I said, “Well Ray, if I could help you, what would you want? What kind of help would you want? Is there something that would be useful for you?”

And he said, “Well, I can’t deal with crowds of people. I can’t deal with people at all.”  And I said “Well, you came to the right place,” because the room was full of students. And so very gradually, I started to give him some education. And I could see that this whole shock response –because he was literally blown in the air, he woke up two weeks later in the hospital in Langstraupt, Germany, unable to walk, unable to talk — and you see, you see him come out of the shock and feel, I mean, within ten or fifteen minutes, feeling relaxation in his whole body, feeling energy streaming in his body.

And he was diagnosed with many, many things: TBI, severe PTSD, chronic pain and Tourette’s Syndrome.  The reason he was diagnosed with Tourette’s Syndrome is because he was like this [jerks head to one side] and you don’t get Tourette’s Syndrome overnight. But anyhow, I realized that what he was doing – this was a protective response of pulling his body in and trying to orient to where the sound was coming from.  But before he could do that, he was in the air. I mean just before that, there was a fire-fight, friends were killed. This whole experience — the fear, the terror, the boredom, and then the explosion — this all gets together.  But if you’re locked like this, there’s nowhere you can go. You have to help the person get out of the shock. Then, they can begin to start processing the emotional stuff.

So this whole defensive response, like mine in the car accident, got locked into his body and as we teased that apart, in  the second session, the convulsions were nearly gone. And then in the fifth session, I invited him to … I did a workshop every year at Esalen called, “The Ordinary Miracle of Healing” or something like that.  They allowed him to come as a scholarship and you could see him, then, because he was out of the shock, deal with these difficult feelings of rage, of helplessness, of guilt, of loss, because his best friend died in his arms. And to see this man, a self-reflective, deep, deep human being, able to be present, able to say to the people who do the treatment at the Veteran’s Hospitals, and so forth, “Look, look for other methods, don’t think that just by giving us drugs and numbing us out, that’s the solution. It’s not. There are other avenues there. Please explore them, please let us explore them.”

And he’s now married, has a child. Of course, he’s had different problems. He’s had to deal with many things, as you do with a new family. He’s in college.  We keep in some contact and possibly, if I’m ever doing some groups with vets, he’s volunteered to come along and I’ve invited him and he’s come along to be a part of those groups.

When the veterans come back with this trauma, the effect this is going to have on the families, on the children, on their communities, on all of us … look, if a million and a half people were coming into the U.S. that had been exposed to some kind of resistant tuberculosis, this would be a national mobilization emergency. You would get tons of money going into this, working at all different levels. This epidemic is really not any different. The amount of violence, it breaks my heart. It really, really breaks my heart that we’re not mobilizing to deal with this.

Why Should You Write Memoir?
October 19, 2016
Much of what I will share here is from my forthcoming book, Writing for Bliss: A Seven-Step Plan for Telling… 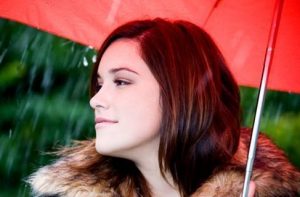 Building Self-Esteem
February 23, 2017
Millions of people suffer from low self-esteem. They walk around each day questioning themselves. They wonder if they are attractive…

How to Succeed in Life Without Really Trying
July 5, 2011
All right, so that title is probably a tad misleading. But how many of you thought, “Really? Great! Sign me…