Well, I think, as I see it, there is resilience, which is a sort of description of a situation that a person has faced adversity and has been able to recover from it.  The danger comes in making that into a trait.  Now, there are people whose research suggests that it is fair to talk about something called “hardiness,” which is much more a trait that you bring to situation.   And that’s fair enough, that, having at least average intelligence and having a sort of positive outlook, these things that contribute to hardiness.  And the research shows, for example, that soldiers who score high on the Hardiness Scale, when they go into war in Iraq or Afghanistan, they’re less likely to come back traumatized by their combat experience.

But the danger about making resilience into a trait is then you quickly move into when you observe somebody who is overwhelmed, you attribute it not to the overwhelming nature of the situation, but to a deficit on their part.  And I like to joke that, you know, there will be a new diagnosis soon of resilience deficiency disorder.  And then some kids will have RDD, you know and then they’ll have ADHD too, and then they’ll have excessive alphabet syndrome, you know, too many names after it.

Now Harry Stack Sullivan, the great psychiatrist, who mostly studied schizophrenics wrote, “Human beings are more simply human than otherwise.”  And partly what I take that to mean is that, so if you strip away labels and diagnoses, you look at the actual person in front of you and say “What can you understand about their life?” Understanding they’re trying to make sense of their life from their prospective.  Now if they have schizophrenia, they’re looking at the world through a sort of distorted lens, but it’s still a person looking at the world. And I think that general orientation will help in this.

When I see somebody who’s drowning in their lives, my first thought is not “What’s wrong with them that they’re drowning?” but rather “It must be a really difficult sea they live in and maybe nobody ever taught them to swim.  And maybe they’ve got one hand tied behind their back so they can’t swim anyway.”  So that sort of compassion about trying to understand the legitimate human experience of the other is a way to recover from this resilience as a trait and get back to resilience as a celebration of a particular success without implications that it implies the failure of somebody else.

VIDEO: Dr. James Garbarino Talks about Resilience, Hardiness, and Compassion Toward the Human Experience
Watch an excerpt from PsychAlive's exclusive interview with Dr. 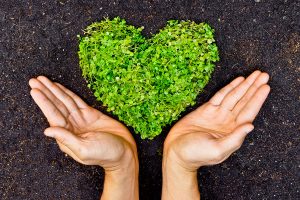 The Simplest & Most Effective Technique I’ve Found for Reducing Stress
January 26, 2018
The World Health Organization has labeled stress a “worldwide epidemic.” The percentage of people suffering from stress and anxiety around…

Steps To Healthy Lifestyle Changes
July 12, 2011
Lifestyle changes begin with setting Intention. If you don’t have an intention, it easy to lose commitment to action. Intention…