VIDEO: Dr. Allan Schore on Attachment Trauma and Effects of Neglect and Abuse on Brain Development

Dr. Allan Schore describes attachment trauma, and the effects of neglect and abuse on brain development.

So here you have a situation – instead of the caregiver being able to attune and to read the baby’s states and to form this non-verbal bond of emotional communication back and forth and to regulate these states, you have a more unfortunate circumstance whereby either the caregiver is either too intrusive and is driving the baby into extremely hyper-aroused states, which the baby can’t regulate, or hypo-aroused states. Maybe, perhaps, abuse more towards hyper-arousal and neglect more to towards hypo-arousal.

I point that out because there is now finally coming to be more attention upon the problem of neglect.  Actually, of 2 ½ million cases of maltreatment in 2002, two-thirds of them were neglect, which is much more solid, so to speak. And not as dramatic.

And yet, neglect of an infant during these early experiences when this right brain is setting up can be critical.  Why?   Because it needs these emotional experiences.  And of course cells that fire together, wire together, survive together, and therefore, we have more inefficient right brains, the higher areas of the right brains are more (in) efficient (sic) because in their critical periods, there’s not an optimal situation for their wiring.

So I’ve looked very carefully at the effects of relational trauma, to use the term “relational trauma,” also called “attachment trauma.”  These are not traumas with the physical environment.  These are where the stressor comes from the haven of safety herself.

What if the haven of safety, the primary caregiver, is now the source of massive dis-regulation?  And not only that, what if she is not the source of repair because we now know that it’s not just attuning all the time, the mother makes many mistakes — the key is her ability to repair, especially negative affects.  So we’re now thinking that it’s the lack of repair also is very highly found now in these cases that go on to be severe psychopathologies.

So ultimately, what we have here by the second year of life is a right brain that is coming out of its first maturational stage.  And, incidentally, it’s not until the second year that the left hemisphere even begins its maturation.  This is far before Wernicke’s and Broca’s.

Which means that essentially all of the attachment situations, all of the experiences, all of the dis-regulating experiences are stored in the right hemisphere.  And they’re stored not in explicit declarative, but implicit procedural memory.  That’s where the psychopathology is taking its toll, so to speak.  And ultimately that’s what the treatment must address.

Which means that we’ll have to use something other than insight models and change cognitions. That being the case, a few more words about this:  Ultimately, the right hemisphere is on a growth spurt, then it shifts left, then right, then left, then right, then left.  So for the rest of the life span, these are moving along in time.  But the initial trajectory of the right brain is set up in the attachment relationship.

And again, that’s critical because the right brain has more connections into the body, into the autonomic nervous system and into the hypothalamic pituitary axis, which is the stress regulating axis of the body.  That is directly impacted by the relationship the infant has with the caregiver.  And therefore, the ways that the person will react to stress over the life span, so to speak, is very much affected by these early situations.

I am sending the below message on behalf of a colleague.

I host a weekly Zoom call for Orthodox therapists at 9pm (ET) on Monday nights. It has been a great opportunity for therapists to learn from more skilled clinicians and to raise the bar of psychotherapy in the Orthodox community.

I was wondering if you would agree to be featured one week and if you can let me know which weeks you are available to do so. We currently have a group of almost 1200 MHPs and usually have a live participation of 50-100 who ask, comment and participate. It is done in discussion style (we choose a topic) so there is no preparation involved. 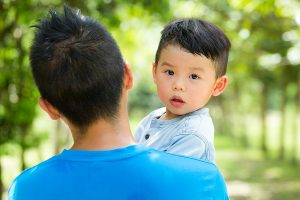 How Your Attachment Style Affects Your Parenting
October 22, 2015
Like it or not, our childhood has a lot to do with how we parent. In fact, attachment research has shown…

Resolving the Trauma You Didn’t Know You Had
May 13, 2016
Most of us wouldn’t use the word trauma when telling our story. We may associate trauma with natural disaster, disease,…

Change Your Attachment Style to Have a Better Life
May 9, 2014
What if we could identify the filter that shapes our perception of the world and change it so as to…