The Inner Voice that Drives Suicide 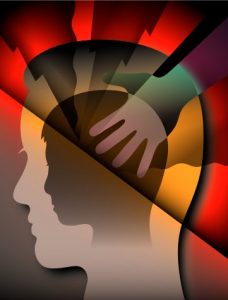 Understanding a person in suicidal crisis

One in five therapists has a patient who completes suicide. Understanding and preventing suicide is therefore one of the most frightening and important responsibilities of anyone who works as a psychologist or counselor. To treat suicidal patients, a therapist must understand what is going on in the mind of these individuals, what is driving their suicidal behavior and how the therapist can help them comprehend and cope with their self-destructive states of mind.

In the past 25 years since I completed my dissertation on suicide, I have learned a great deal about the critical inner voices that drive a person toward suicide. In my years of experience publishing books and articles, producing films and creating assessment scales on suicide, what has fascinated me the most is the consistent finding of the role of the destructive inner voice in suicide. This voice drives suicidal tendencies, deceptively convincing people that it is better to end their lives than to find an alternate solution to their suffering. On April 20, I will host a Webinar on Understanding and Preventing Suicide in which, in addition to outlining warning signs and helper tasks, I will show how people who are suicidal are not acting on their own point of view but rather are driven by these internalized voices instructing them toward their ultimate destruction.

My father, psychologist Robert Firestone, initially made the link between suicide and the inner voice in 1986 after interviewing a young woman who had recently made a serious suicide attempt. The woman described in detail how cruel, sadistic thoughts instructed her throughout the planning and execution of her suicide attempt. The case study led my father to write his first article on the “inner voice” in suicide.

In the years since, we have come to recognize that in suicide cases throughout the world, one can identify the presence of a critical inner voice. For example, Richard A. Heckler’s book Waking Up Alive, provides detailed accounts of what went on in the minds of real individuals throughout the United States prior to their suicide attempts. In a state Heckler refers to as “a suicidal trance,” these individuals described a strong presence of the severe self-attacking thought process referred to as the “voice.”

A 2001 comparative study used the FAST to identify suicidal potential among Pakistani and American psychiatric patients. The results showed that these self-destructive thoughts held a “significantly high correlation with suicide attempts.” A similar correlation was found in hospitalized Swiss patients interviewed immediately after their suicide attempts by Dr. K. Michel. In the same manner as the woman my father had interviewed years before, these individuals clearly recounted the “voices” that led to their suicide attempts. Both studies are indicative of how these voices appear to have a cross-cultural presence among suicidal individuals.

Confirmation of this connection inspired me to create the documentary Voices of Suicide, in which three survivors of their own suicide attempts tell the stories of what went on in their minds leading to their attempts. Each of these individuals described themselves as being totally disconnected and possessed by something that was compelling them to end their lives.

Susan, one of the film’s subjects described the “snide” voice she heard before her suicide attempt as follows:

Trish, another subject of the film recounted a similar course of thinking:

Your own family doesn’t love you. Nobody’s ever going to love you. Your own mother gave you away… You’re alone, you’ll die alone. You’ll always be alone. The only thing you can do is go and kill yourself.

The film’s third subject, Kevin, revealed how an inner voice convinced him that his pain was hurting others:

I’m a bad person. I’m a burden to my family and friends. I’m hurting them with this bipolar, this, this annoying nuisance of a guy. That’s the way I thought. That’s the way my demons thought.

In all of these cases, at the moment when they actually made the attempt, these individuals immediately reconnected with themselves and did not want to die. After their lethal suicide attempts, both Susan and Trish took actions that saved their lives. Kevin miraculously survived his leap from the Golden Gate Bridge and has since become a public speaker and advocate for suicide prevention.

The negative thought processes that led these people to an action as desperate and as hopeless as suicide proves that very often one’s worst enemy lives inside him or her. Therapists treating suicidal individuals must therefore help their patients uncover these self-destructive thoughts and recognize how they can separate from this dangerous point of view.

My father developed “voice therapy” as a way of helping people to combat destructive thought processes and strengthen their sense of self. Voice therapy involves encouraging patients to verbalize their voices in the second person and develop insight into the voices’ origins. Next, patients answer back to the voices and recognize the connection between voices and destructive actions, and lastly they collaborate with the therapist to change these behaviors

By treating patients through voice therapy you help them to separate from this internal enemy and fight against it in their thoughts and actions. Therapists should encourage patients to respond to these voices, to fight back with a more realistic and compassionate point of view. The use of voice therapy can benefit anyone who has internalized an inner critic in any area of their lives, but in the case of the suicidal client, getting the person back on his or her own side can actually save a life.

You can learn more about Understanding and Preventing Suicide by joining me for a FREE Webinar on April 20 from 11 a.m. to 12 p.m. PSD. Click here to learn more and to register.

You can also visit The Glendon Association‘s online resource on Suicide and Self-Destructive Behavior or you can visit the public resource I created on PsychAlive.org, Suicide Prevention Advice.

IF YOU OR SOMEONE YOU KNOW IS IN CRISIS OR IN NEED OF IMMEDIATE HELP, CALL 1-800-273-TALK (8255). This is the National Suicide Prevention Lifeline available 24 hours a day to anyone in emotional distress or suicidal crisis.

Read Suicide and the Inner Voice

Before I turned nine, I had been raped by not one but four women, including two older teen cousins, an older next door neighbor (a girl a little older than me), and my mother. I start with this because, as a man, whenever I discuss the life-rending specter of rape, I invariably have several others either insist I must have asked for it or angrily tell me I don’t know anything about rape. But I vividly do. And if as a young child someone had, on learning I was being raped, told me they were going to help me learn to cope with the ongoing rape that stopped only when I was around nine, if my then-mind could have formulated the thought, it would have told that concerned-other that what I needed wasn’t learning how to COPE with being raped. I needed the rapists stopped.

Having been suicidal through my teens and entire adult life, I find it offensive that so many therapists I’ve seen in college, medical school, during residency, and beyond, place the burden of dealing with many social injustices and outright crimes on the shoulders of those who don’t have the resources to fight our assailants or uncaring law enforcement and court systems that really couldn’t care less about the uninfluential and unwealthy masses. Many people are depressed and suicidal because enough serious, sequential (or in tandem) life catastrophes strike us without any substantive support system. Like a rod that’s permanently deformed under a stress that exceeds the rod’s native elasticity, we all have our breaking points.

Though I can only speak for myself, I still feel confident that others, like me, don’t need to learn how to cope. We need impartial and consistently upheld laws; a kinder, more empathetic community; and faithful companions. And no, just because you have experienced these satisfactorily does not mean others also must have. For my own part, without these, I don’t want to cope with what is otherwise utterly repugnant. 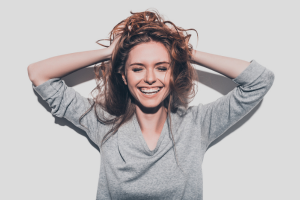 Love Yourself: Doctor’s Orders
September 13, 2019
The phrase “self-love” is more common in today’s vocabulary than ever before. Social Media has especially drawn a spotlight on… 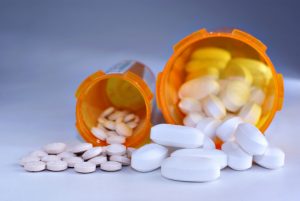 Mental Health Professionals React to U.S. Abuse of Prescription Drugs
March 15, 2012
With a 2011 Centers for Disease Control report showing U.S. overdoses of prescription painkillers to have more than tripled in… 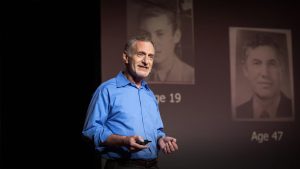 The Key to a Long and Happy Life
November 1, 2018
In 1938, Harvard researchers began to study a group of sophomores at the then-all-male school. The goal of the study…