Are You a Narcissist?: InfoGraphic

Ever wonder if you or someone in your life is a diagnosable narcissist? Well, try answering these questions to find out.

Do they have an exaggerated sense of self-importance? Do they expect recognition or praise even when they haven’t earned it? Do they exaggerate their accomplishments? Do they have a sense of entitlement? Expect special favors? Feel envious of others? Act arrogant?

All of these traits are listed among the criteria for narcissistic personality disorder as it’s defined by the Diagnostic and Statistical Manual of Mental Disorders (DSM-5). Whether you’re responding about yourself or someone else, you’ll probably answer “I guess” or “sometimes” to a lot of these questions. So, maybe try one more very simple question, which researchers from Ohio State University found could identify narcissists as accurately as the 40-item test that has been widely used to diagnose the disorder.

Rating yourself on a scale of 1-7: To what extent do you agree with the statement: I am a narcissist? Note: The word narcissist means egotistical, self-focused and vain.

Okay, so noticing narcissistic traits may be the easy part. The hard part is understanding why these traits show up and what to do about them. A lot of people have been asking these questions recently, because narcissism happens to be exactly where it likes to be – in the spotlight. As a society, we seem to be sensing that inflated self-esteem is getting a little out of control these days. The swell of “selfies” has many people wondering, “what’s wrong with this picture?” When does posting become boasting?

In their book The Narcissism Epidemic: Living in the Age of Entitlement,researchers Jean M. Twenge and W. Keith Campbell wrote, “The United States is currently suffering from an epidemic of narcissism.” They quoted the research finding, “In data from  37,000 college students narcissistic personality traits rose just as fast as obesity from the 1980s to the present.” They went on to say that “nearly one out of 10 Americans in their 20s and 1 out of 16 of those of all ages, has experienced the symptoms of NPD [Narcissistic Personality Disorder].”

To contain any epidemic requires a real understanding of what it really is and a settling of the misconceptions. These are subjects I will dive into more deeply in my upcoming Webinar, “Narcissism: From Healthy to Pathological.” Here, I will highlight some important points.

Narcissism should not be confused with high self-esteem. Narcissists may have an inflated sense of self-importance or a heightened desire for attention, but that doesn’t mean they really feel good about themselves deep down. Narcissists often have fluctuating self-esteem. They may feel a desire or need to be special or great and therefore seek to bolster themselves but if they get criticized or experience failure they become vulnerable to putting themselves down.

Like most people, narcissists have an internal coach or “critical inner voice” that evaluates their actions. Their coach speaks to them with a soothing voice, telling them how great they are, superior to others.  It tells them they must always be the best, the smartest, the most attractive, etc. However, when there is any challenge to their aggrandized image, the voice may turn and tear them apart, criticizing everything about them. When they attempt to reinstate their deflated self-image they often lash out at others, complicating and disrupting interpersonal relationships.  Such people are simultaneously grandiose, yet fragile, because they are on a high pedestal to fall from. While a narcissist may appear to be the star of their lives, it can actually be a difficult and painful disorder to live with.

2.    Why Do People Become Narcissistic?

Interestingly there is research suggesting a genetic component to narcissism, but there are also many environmental factors that can contribute to a person becoming narcissistic. It can start with having narcissistic parents who needed their child to be great, so the child would reflect well on them. The parent’s point of view toward the child sets the foundation for what becomes the child’s own “critical inner voice.” When a kid is falsely built-up by their parents, he or she may feel a mix of pressure and, as a result of feeling undeserving, incompetence. The child may feel like a fraud but also harbor a desire to live up to the parent’s expectations. Additionally, if children feel neglected or not seen by a narcissistic parent, who has no use for them when they are not serving his or her needs, they are also vulnerable to developing narcissism. In this case, they often become reliant on fantasy gratification, including fantasies of how special they are, an illusion that they later demand others support.

One way, to counter the development of narcissism is to place an emphasis on and teach self-compassion over self-esteem, particularly unwarranted self-esteem, where adults over-praise children, offering them a build up for talents or traits they do not possess. Research from Dr. Kristin Neff shows that high or inflated self-esteem correlates with narcissism, whereas self-compassion does not. Neff points out that self-compassion is about having a kind attitude toward oneself. It emphasizes a common humanity, equality, humility and openness to feedback and self-change. On the other hand, self-esteem is based on self-evaluation and performance, which can lead to a lack of empathy or a more self-centered outlook.

Narcissism can be a tricky thing to treat, but the first step is being willing to notice and even acknowledge when a person has the traits. People can’t always control how they think, but they can control how they treat themselves and others. By acting kindly toward others and refusing to act out superior attitudes or tendencies to demean them, people can take a stand against these offensive traits in themselves. They can also treat themselves more compassionately when they fail to live up to idealized standards of perfection and righteousness.

When people’s behavior is more caring and generous, they can start to develop more self -compassion. They can choose to focus their attention on others, looking outward more often. This is good advice for everyone who spends too much time evaluating themselves either by self-criticizing or self-soothing. People can both literally and figuratively point the lens to what they see around them instead of at themselves.

What to Do When You Feel Paralyzed by the News
Tags: narcissism, narcissistic, personality

If you think the selfies are bad, look up anything you can imagine with the word “haul” on YouTube. It’s absolutely obnoxious; a haul is where an individual, sometimes one will have a significant following as they began by offering genuine value a la how-to videos and other times complete wannabe’s, makes and uploads a video of everything they bought somewhere. They literally consist of picking their newly purchased items one by one and showing them to the camera. In HD! It’s sickening, completely sickening, and I can’t even imagine how inflated a person’s head would become if 400k people are interested to see what’s in their bag. Initially I asked myself if I were jealous, thinking of I was it would explain why I even notice this consumerist hunger, but I quickly thought, “no way would I be willing to live with the likeliness of confusing the ego boost with self worth, becoming dependent on video “likes” for self esteem, and the pressure of keeping viewer interest per status quo.”

I will never shun narcissistic ways, they keep me feeling ALIVE!

This article has given me insight, solutions, hope and life. Thank you!

Been struggling & suffering from these kind of behavior from my fiance. I am trying to handle and manage this for more than a year now. Very lucky enough to have 2-3 hrs peaceful time within the day with him. He got easily mad or angry on small thing and always leading us far somewhere big trouble. he is always the right one, intellegent, he will always makes you wrong, become violent, superior most of the time, manipulating emotion in extreme manner, demanding like you are machine, always prioritize what he ask and follow what he likes. he doesnt appreciate other’s success, always giving bad feedback. never appreciate things and value your effort. doesnt care if is hurts you. happy to hurt to anyone. happy for the failures of others

You need to get out of there. It will be very hard, but if you stay your life will be ruined. You are already in too deep. Get counseling on this today! 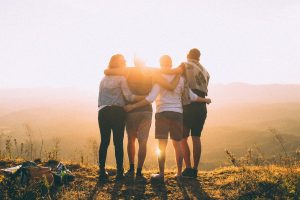 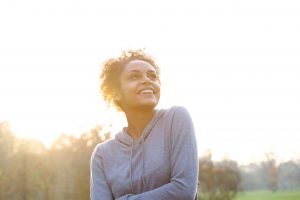