The Problem with Overpraising Children

Research has shown that there are positive effects of praising children, but it depends on what kind of praise we’re dishing out. A recent Stanford study of toddlers showed that “praising effort, not talent, leads to greater motivation and more positive attitudes toward challenges” down the road. These findings are consistent with previous research, which has connected praise with increased motivation in children, but only when it is based on real attributes. As one study posed, “Provided that praise is perceived as sincere, it is particularly beneficial to motivation when it encourages performance attributions to controllable causes, promotes autonomy, enhances competence without an overreliance on social comparisons, and conveys attainable standards and expectations.”

The problem with many parents hoping to boost their child’s self-esteem isn’t that they’re praising; it’s that they’re overpraising. Too often in today’s competitive world, we focus on children’s “greatness” to define who they are and make exaggerated statements that fail to reflect their true abilities. According to lead researcher of the Stanford Study Prof. Carol S. Zweck, statements like, “‘You’re great, you’re amazing’ [are] not helpful, because later on, when [children] don’t get it right or don’t do it perfectly, they’ll think they aren’t so great or amazing.”

Self-esteem isn’t about telling kids that everything they do is terrific. A real sense of self-worth is based on the skills they build for themselves and the true accomplishments they feel they’ve made. However, many parents have the tendency to build up their kids with false or exaggerated statements. For example, instead of saying, “What a creative painting! You really worked hard on that,” they may say something like, “Wow! What a wonderful artist you are! You’re so talented! You’re the best painter I’ve ever seen.” Most parents do this innocently in an effort to make their kids feel good about themselves. Yet, on a certain, even unconscious level, they may be trying to compensate for their own lacking childhoods. Or they may offer build up or avoid criticism in the interest of being “liked” by their children. They may even believe on some level that their child is “great, amazing, superior,” because they want to be the parent of a great artist to buoy their own fragile self-esteem.

Trouble arises when the parent does not fully appreciate or realize the impact they are having as a lead influence on the person that child will become. While it may seem innocent in the moment, overpraising can have adverse long-term effects that include:

1. Feelings of entitlement
When we overpraise or overindulge our kids, they get the sense that they are special — but not the good kind of special that we hope they will feel. Rather, they may carry a sense of entitlement or expect life to be easy for them, which leaves them unprepared to face the challenges life will surely throw at them. Some people argue that our recent shift toward over-parenting is breeding narcissism in the new generation. That young people today are expecting to work less and get more. This mentality can truly hurt a child who fails to build the skills to support his or her ambitions.

2. Feelings of inadequacy
False build-ups make children feel they need to be great in order to be acceptable. However, they never really feel OK about themselves, because the praise they’ve received feels empty and unrealistic. Some parents compensate for their own emptiness by building up their children, yet it’s that feeling of emptiness that gets passed from generation to generation. Overpraising our kids makes them feel uncertain about their true abilities. When they feel insecure, they stop wanting to try. They may hold back, because they feel like a phony or fear that they will fail.

3. Life will be a disappointment
Parents often make sacrifices in hopes of giving their children the best. Sometimes this is done to an extreme, and the parent’s life starts to center solely around the child. When we cater to a child’s every desire and treat them as royalty, we fail to reflect the real world they will enter as adults. Our willingness to over-involve ourselves in everything from their homework to their laundry can do more damage than good. Not only does it fail to prepare them for their future responsibilities, but it deprives them of opportunities to feel good about themselves, as they evolve into responsible and skilled adolescents and adults. Parents who do too much for their kids are actually handicapping instead of helping them.

4. Loss of interest in activities
When we over-involve ourselves in our children’s accomplishments, over-identifying or investing in their “greatness,” we run the risk of intruding on them in a way that negatively influences their interests. This is particularly true when we start to view their achievements as reflections on us. For example, a young boy loved baseball and took pride in his little league games up until the day his father became involved. Baseball had been a source of confidence and independence for the boy, but pretty soon his father’s presence at every practice and loud yells from the crowd during the games started to make the boy feel embarrassed and resentful. He came to to see baseball as a performance instead of an activity he loved. Soon enough, he lost interest and stopped playing the sport altogether.

In a similar story, a little girl brought home a picture she drew and showed it to her mother. Her mom’s reaction was overwhelming. She praised her daughter endlessly, calling her “the next Picasso.” Whenever someone came over, she showed it off, telling visitors with pride how her daughter had gotten her own artistic talent. Feeling like her mother was taking credit for the picture and that her mother would take ownership of anything she created, the little girl vowed never to draw again. She gave up an activity she may have excelled in and enjoyed after feeling intruded on by her mother.

So, what is the alternative to overpraising our kids when it comes to building their self-esteem? Obviously, the answer is not to stop complimenting them or supporting them in their interests. In fact, it is just the opposite. What parents need to do is simple: Take notice of something your kids like to do and offer support and encouragement that is realistic and appropriate. As we do this, we should aim to avoid labels. If we call our kids pro-athletes or stars, they won’t really feel it describes them. Again, this type of labeling is more about the parent’s wishes and fantasies than the child’s reality. It creates pressure to perform and does not acknowledge the practice required to achieve success. It is best to compliment children’s efforts and acknowledge their improvement. Grandiose praise does not make a child feel seen for who they really are. We should also remember to be respectful of our children’s boundaries and never connect to or take credit for their accomplishments.

Children need to feel a sense of independence and autonomy to truly have a feeling for their own self-worth. This sense of worth must be built on something solid. As parents, we should quietly take note of the activities that light our children up and that boost their self-esteem. We should sensitively help guide them toward finding something they enjoy and do well, then provide them with opportunities to engage in the activity and develop their skills. Without being intrusive or overbearing, we can offer support and encouragement. We can encourage them to stick with activities even when they get hard, so they will be more resilient and adaptive and understand that success comes from hard work. We can do less and less for them, as they become more competent to do things for themselves, thus building a sense of their own capability.

Most importantly, if we want our kids to be happy, instead of just giving them praise, we must offer them chances to feel good about themselves. We can create opportunities for them to be self-sufficient, generous and compassionate. Research has proven generosity to be the key to happiness and health, so what better gift to give our child than the chance to offer something to the world around them? Not only will this give them self-esteem, but it will allow them to spread this feeling of worthiness to those around them. 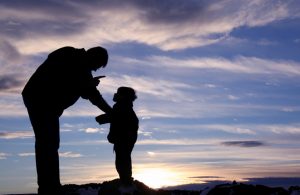 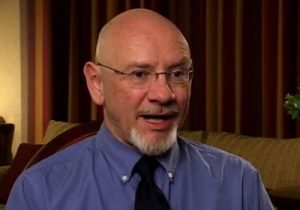 A Gender Sensitive Approach to Violence
October 11, 2011
Dr. Don Meichenbaum, PTSD expert, discusses an individuals journey from birth, to engaging in violence in this exclusive interview series with…