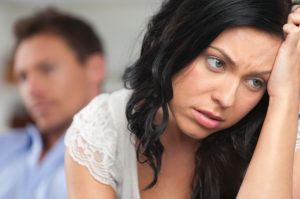 When the topic of infidelity spills into our daily dose of media, we may say we saw it coming, or we may react with shock. Either way, we don’t exactly look away. Without even meaning to, we learn details, names, sources and suspicions. Most of us would admit that there is little point in speculating about the ins and outs, agreements and lies, secrets and circumstances of a stranger’s affair, but our fascination with the indiscretions of others should tell us something about ourselves and the world around us.

It’s hard to deny that, as a society, there’s a lot to be examined about the ethics of our own relationships. In the United States, 45 to 55 percent of married women and 50 to 60 percent of married men engage in extramarital sex at some time during their relationship, according to a 2002 study published in Journal of Couple & Relationship Therapy. Still, other studies reveal that 90 percent of Americans believe adultery is morally wrong. Infidelity is inarguably prevalent, yet it is extensively frowned upon. Given this discrepancy, it is important for every couple to address how they are going to approach the subject of fidelity and to examine the level of honesty and openness in their relationship.

Earlier this year, I got a call from a well-known women’s magazine and was asked to explain when it is okay for a woman to lie to her partner. I declined answering the question, for one simple reason: it’s not! Since when did lying become okay? Lying to someone, especially someone close to us, is one of the most basic violations of a person’s human rights. Whatever one’s stance is on open versus closed relationships, the most painful aspect of infidelity is often the fact that someone is hiding something so significant from their partner. Two adults can agree to whatever terms of a relationship they like, but the hidden violation of the agreement is what makes an act a betrayal and an affair unethical. Thus, the real villain behind infidelity isn’t necessarily the affair itself, but the many secrets and deceptions built around the affair.

In the book “Sex and Love in Intimate Relationships,” I cited extensive research on the subject of infidelity and posed the following:

Deception may be the most damaging aspect of infidelity. Deception and lies shatter the reality of others, eroding their belief in the veracity of their perceptions and subjective experience. The betrayal of trust brought about by a partner’s secret involvement with another person leads to a shocking and painful realization on the part of the deceived party that the person he or she has been involved with has a secret life and that there is an aspect of his or her partner that he or she had no knowledge of.

Damaging another person’s sense of reality is immoral. While keeping a relatively insignificant secret from someone you’re close to diminishes that person’s reality, going to great lengths to deceive someone can actually make them question their sanity. It’s true that feeling an attraction or falling in love may be experiences that are out of our control, but we do have control over whether we act on those emotions, and being honest about taking those actions is key to having a relationship based on real substance.

As kids, we are taught that it is wrong to lie; yet as we get older, the lines tend to become increasingly blurred. This is especially the case when we are faced with the challenging conditions that come with intimate relationships. Too often, when we get close to someone, our innermost defenses come into play, and we unintentionally alter ourselves to “make it work.” The baggage we carry from our past weighs heavily on us, and we have trouble breaking free from old destructive habits and harmful modes of relating that distort both ourselves and our partners. When this happens, jealousy, possessiveness insecurity and distrust can cause us to warp and misuse our relationships.

Once a relationship becomes about compromising ourselves or denying who we are, we are no longer living in the reality of what the relationship is but in a fantasy of what we think a relationship should be. An example of this might be a woman whose boyfriend gets so jealous that he forbids her to be alone with other men. Another example may be a man whose partner feels so insecure that she demands to be constantly reassured of his love and attraction to her. Though these couples may go along behaving as if everything is OK, they’ll more than likely begin to resent one another and lose interest in the relationship. This type of restrictive situation can become a hotbed for dishonesty. The woman may lie about time alone she spent with a male friend or co-worker, or the man may lie about an attraction he is starting to feel for another woman.

When we treat our partners with respect and honesty, we are true not only to them but to ourselves. We can make decisions about our lives and our actions without compromising our integrity or acting on a sense of guilt or obligation. When we restrict our partners, we can compromise their sense of vitality, and we inadvertently set the stage for deception. This is not to say that people shouldn’t expect their partners to be faithful, but rather that couples should try to maintain an open and honest dialogue about their feelings and their relationship.

If our partners trust us enough to admit that they find someone else attractive, we might just be able to trust them enough to believe them when they say they won’t act on this attraction. The more open we are with each other, the cleaner and more resilient our relationships become. Conversely, the more comfortable we become with keeping secrets, the more likely we become to tell bigger and bigger lies.

When an affair occurs, denial is an act of deception that works to preserve the fantasy that everything is okay. Admitting that something is not okay or that you are looking for something outside the relationship is information that your partner deserves to know. Emotions sprung from deception (like suspicion and anger) can tear a relationship apart, but more importantly they can truly hurt another person by shattering their sense of truth.

Psychologist and author Shirley Glass wrote in her book “Not ‘Just Friends‘”:

Relationships are contingent on honesty and openness. They are built and maintained through our faith that we can believe what we are being told. However painful it is for a betrayed spouse to discover a trail of sexual encounters or emotional attachments, the lying and deception are the most appalling violations.

An ideal relationship is built on trust, openness, mutual respect and personal freedom. But real freedom comes with making a choice, not just about who we are with but how we will treat that person. Choosing to be honest with a partner every day is what keeps love real. And truly choosing that partner every day by one’s own free will is what makes love last. So while freedom to choose is a vital aspect of any healthy and honest union, deception is the third party that should never be welcome in a relationship.

Why Is Honesty So Important in a Relationship?
Tags: deception, fear of intimacy, infidelity, relationship problems, relationships

Do you council online. It’s complicated and sometimes I need to make sure I’m right. They call it gaslighting. But something you said is the tip of the iceberg. Lying can make you question your reality

And I don’t know where his the line is anymore. 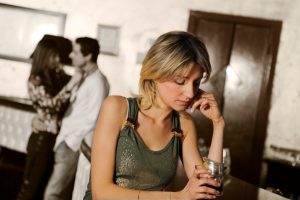 Deception and the Destruction of Your Relationship
June 14, 2011
When the topic of infidelity spills into our daily dose of media, we may say we saw it coming, or… 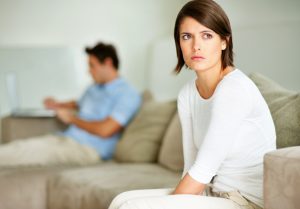 Is My Self-Hatred Getting in the Way of Love?
April 29, 2019
How your negative self-image puts you at odds with your lover. When we first fall in love, we have a… 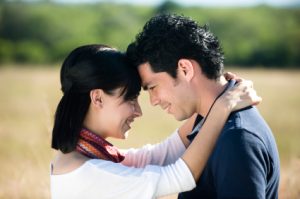