Identity, Sexuality, and Society’s Assault on the Self: A Commentary on John Irving’s Novel, In One Person

John Irving’s latest novel, In One Person, is a timely statement about men and women, the nature of sexuality, and society’s assault on the self. Although a work of fiction, the book faithfully reports the real-life struggles of certain people to become who they were destined to be; people different from the rest of us, people often labeled as “aberrant” and “deviant.” As e.e. cummings accurately observed, “To-be-nobody but yourself– in a world that is doing its best, night and day, to make you everybody else — means to fight the hardest battle which any human being can fight; and never stop fighting.” The importance of becoming an individual in one’s own right, as expressed in Irving’s novels and in much of e.e. cummings’ poetry and prose, is the theme of a forthcoming book The Self Under Siege: A Therapeutic Model for Differentiation co-authored by my father Robert Firestone, Joyce Catlett, and myself.

To me, Irving’s appreciation and love of people’s differences, his acceptance of the diversity of human sexuality are a tribute to the values of nonconformity, tolerance and inclusiveness. As one reviewer noted, “Irving isn’t a moralizing writer, but he is a moral one.” In a guest essay on Amazon.com, Irving describes the sexual awakening of his main protagonist, Billy Abbott, and goes on to provide us with a glimpse into his own life:

Most of us don’t ever act on our earliest sexual imaginings. In fact, most of us would rather forget them – not me. I think our sympathy for others comes, in part, from our ability to remember our feelings – to be honest about what we felt like doing. Certainly, sexual tolerance comes from being honest with ourselves about what we have imagined sexually.

When I was a boy, I imagined having sex with my friends’ mothers, with girls my own age – yes, even with certain older boys among my wrestling teammates. It turned out that I liked girls, but the memory of my attractions to the “wrong” people never left me… Billy meets Miss Frost, a transgender librarian, because he goes to the library seeking novels about “crushes on the wrong people”

Irving’s portrayal of Billy Abbott and Miss Frost highlights Irving’s attitude toward sexuality, which runs throughout the book. This novel, in particular, is supportive of good mental health by emphasizing the central importance of sexuality in people’s lives. The themes of sexuality, sexual desire, and society’s continuing interference with how people choose to express their sexual natures have permeated many of Irving’s novels. This is one of the reasons why he is among my favorite authors. These themes are also subjects that we have explored in depth in our book Sex and Love in Intimate Relationships (2006).

In this book, we emphasize that a person’s sexuality is a fundamental part of his or her identity. People’s basic wants and needs, including their sexual desires, their feelings about their bodies and about themselves as men and women (their sexual identity), are essential aspects of their personality. A healthy sex life is central to our sense of well-being and is a source of pleasure, happiness, and fulfillment. Healthy sexuality implies integrating sexuality into our everyday lives, rather than limiting it to the sex act itself.

In this regard, it’s interesting that several reviewers of In One Person have asked why Irving continues to write so much about “deviant” sexuality, — bi-sexuals, gays, lesbians, and transgender men and women. What strikes me is that they don’t take issue with Irving’s characters who never or rarely have sex, for example Garp’s mother, Jenny, in The World According to Garp and Dr. Larch in The Cider House Rules. What does this say about our society? Is the asexual or nonsexual person the new norm?

On another level, Irving’s novel exposes a common human failing that many people don’t like to think about very much; our tendency to categorize, label, and then stigmatize other people, at great psychological cost to them and to us. At one point in the novel, Miss Frost protests to Billy, “My dear boy, please don’t put a label on me – don’t make me a category before you get to know me!” Her admonishment underscores the universal need to be accepted, which includes being accepted for who we are as sexual beings.

In all of our personal interactions, it is important first of all to acknowledge an individual’s identity as a fellow human being and then to acknowledge his or her sexual identity and choice of partner. Anything that detracts from, denigrates, or attacks a person’s sexual identity is destructive and constitutes a violation of his or her human rights. Yet, our society routinely inflicts this form of damage on groups of people it categorizes as different from the norm and therefore deviant.

In The Self Under Siege, we show how society exerts this powerful influence through explicit and implicit demands for sameness and conformity. Through its institutions and the media, it encourages parents to socialize their children into these accepted norms, many of which injure their emerging sense of self. Carol Gilligan noted, “You divide human beings into these two incoherent categories, and then you say that’s somehow the way men and women are, and it’s absolutely false for both.”

Gilligan went on to describe how categorizing people damages relationships: “There are an awful lot of ‘shoulds’ about marriage. ‘You should do this or you should do that, you should feel this way, or he should feel this way or if he does this, you should do that, or if you do this, he should do that.’ [But] the thing about human beings that is amazing is there’s no replication, no two human beings are alike. And so it’s true of marriage too; it’s a particular coming together of two individual people. It’s how you maintain the relationship and also encourage each other. Each of you is developing as an individual, which means you don’t freeze either the relationship or each other.” 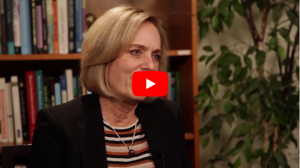 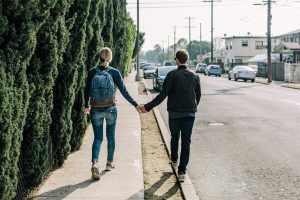 Five Things You Can Do Today to Feel Closer to Your Partner
May 3, 2018
Relationships are full of ups and downs, but they can also have long lulls in which you just don’t feel…

You Don’t Want What You Say You Want
December 25, 2012
To the extent that people don’t want what they say they want they are duplicitous in their verbal communications. This…