What We Need to Know About OCD 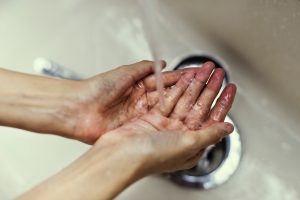 Imagine having to wash your hands five times in a row just to feel clean enough to go to bed or needing to check your oven a dozen times before you believe it’s really off. Picture trying to go about your life, while being inundated with unwanted images that make you question whether there’s something wrong with you. What might it feel like to be bombarded with obsessive thoughts and driven to take compulsive actions, all while trying to balance the regular responsibilities, routines, and relationships your daily life entails? Maybe you do know what this feels like, or you know someone else who does. If that’s the case, you are not alone.

Millions of people in the United States (around 1 in 40) are affected by obsessive compulsive disorder (OCD). OCD is the fourth most common mental health disorder, occurring in people of all ages but most commonly showing up in individuals at a young age. Though people can experience OCD symptoms to varying degrees of severity, the World Health Organization ranks it as one of the 10 most handicapping conditions by lost income and decreased quality of life. Unfortunately, many people experiencing symptoms are not even aware that OCD exists or that treatment is available. The shame they feel about their symptoms can inhibit them from exposing what’s going on and seeking the help they need. This is why it is so crucial that we get the word out about OCD.

The first thing we can do is better understand what it is. The International OCD Foundation describes OCD as an anxiety  disorder in which people become stuck in a cycle of obsessions, “unwanted, intrusive thoughts, images or urges that trigger intensely distressing feelings,” and compulsions, “behaviors an individual engages in to attempt to get rid of the obsessions and/or decrease his or her distress.” When a person has OCD, it’s as if the alarm system in their brain is faulty, seeing danger where there may be none, trapping them in a hyperaroused state. They may experience irrational or disturbing thoughts and engage in compulsive actions to relieve their anxiety and uncertainty or feeling that things are just not “right.” This is because a part of the brain that is designed to protect them by warning them of danger is being triggered. This part of the brain is an ancient protection system evolutionarily developed to keep you safe, but in the case of OCD, it is getting stuck.

So, what is it like to have OCD? The symptoms people experience tend to be very distressing. Unwanted thoughts can come in the form of extreme worry about contamination (i.e. “Germs from that doorknob could spread to the kitchen. You should clean it immediately. You have to wash that shirt again, because it touched the dirty laundry pile.”) The thoughts can be experienced as doubt (“Did I leave the house unlocked? Could I have just run over something on the road?”) They may come in the form of disturbing images, sometimes violent or sexual, or fears that you may hurt someone or yourself (“What if you picked up that knife and cut someone?”) They may hone in on health (“That twitch on your arm is probably cancer.”) They may drive you toward perfectionism (“Keep every item straight on your desk. Don’t leave a crinkle in the bedsheets.”)

People with OCD often have a heightened fear of guilt and sense of obligation. They feel like they must worry about and do certain things to protect others and themselves. One recent study from the University of Waterloo led researcher Brenda Chiang to conclude that “people with OCD have generally been shown in research to have this inflated feeling of responsibility… They often feel that they are going to be responsible for something bad that will happen or that if they fail to do something, they will be responsible for that harm too.”

The “stuckness” and suffering one often feels when they have OCD is further exacerbated by their compulsions. These can be mental or physical and may include behaviors like chronically cleaning, checking, or repeating. A person may be caught in a cycle of scrubbing the same item or washing their hands until they crack. They may drive home several times to make sure the door is locked, the lights are off etc. They may engage in counting, tapping, or repeating certain actions a certain number of times. They may also act on mental compulsions, reviewing the same information over and over to make sure something is okay or safe, mentally checking for danger. They may attempt to control their thoughts, trying to replace a bad image with a good image or count to a certain number.

All of the symptoms can consume the energy of a person with OCD. They may recognize their own thoughts and behaviors as irrational, but they are stuck in a cycle from which they feel they can’t escape. They may try to hide their obsessions and compulsions, which makes it even harder for them to get to the help they need. Or, they may seek endless reassurance for their worries, which actually further exacerbates their OCD.

Because a person with OCD has an extra sticky switch in their brain warning them of danger that isn’t there, giving into their compulsions only makes things worse. When someone pays attention and responds to these false alarms, they teach their brain that these signals matter. When they ignore their OCD and stand up to it, the anxiety may temporarily heighten, but the alarms stop going off as much. Their brain no longer thinks these warnings and signals are important, so it sends out less of them. In effect, the person has the power to change their brain.

In order to do this, they need to find the right kind of treatment. Unfortunately, when a person does seek help, a lack of OCD training for health professionals can sometimes lead to a wrong or missed diagnosis. The good news is extremely effective, very specific treatments for OCD exist. These treatments differ from traditional talk therapy and can be life-changing for people affected by this disorder.

Exposure Response Prevention Therapy (ERP ) is a type of Cognitive Behavioral Therapy that involves patients repeatedly exposing themselves or “testing out” their fears. For example, a patient afraid of contamination who worries about household dirt may touch his bathroom floor without washing his hands. A person who chronically checks for the stove to be off, may have to leave the house without checking any appliances. As they perform an exposure, the person learns to tolerate the anxiety that arises, while refusing to engage in any compulsive behaviors to relieve the discomfort. Exposures are often ranked from least to most frightening for the person, and are usually done gradually as the person builds up resilience. For many people, ERP can be a transformative process that changes their life. As one person who went through it described:

In the beginning, the process of ERP seemed like it would feel as scary as throwing myself into a body of water without knowing how to swim. At first, facing my less pronounced worries felt like getting in a wading pool. As I faced my bigger fears, resisting stronger compulsions, it got scarier, like diving in the deep-end, then a lake. Yet, by the time I got to the ocean, the scariest exposures on my list, I felt like I was back at a wading pool, because I’d gotten stronger. I learned that I could swim all along. I could tread through the anxiety, and, eventually, it went away. I came out the other end a different person and truly felt like I got my life back.

More people need to get to the good help that can change their lives. This October 7th marks the start of International OCD Awareness Week. To raise awareness and educate both mental health professionals and the general public, I will be hosting a 90-minute Webinar that will focus on: what causes OCD, the manifestations of OCD that are not often recognized, the way OCD operates and the serious impact it has on people’s lives, the most effective treatments for OCD, and techniques individuals and therapists can use to effectively address OCD symptoms. As we all learn more about OCD, we can spread a message of hope to those struggling and let them know they are not alone. They can feel better, and they can  get their life back. 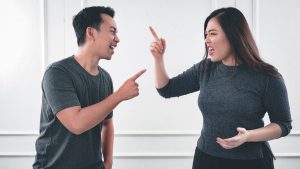 6 Tips For Dealing With Your Anger
April 29, 2022
Anger is a natural and inevitable human emotion. Yet, many people have a complicated relationship with it. They may struggle… 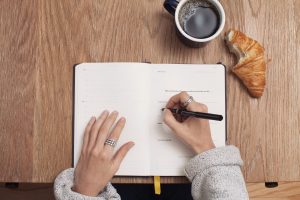 10 Life-Changing Benefits You Can Enjoy By Keeping a Journal
March 7, 2018
The chances are that you write every single day without even thinking about it. Whether you’re chatting with your friends… 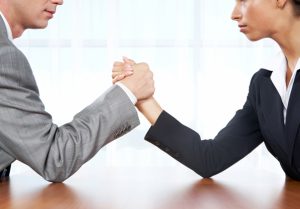 Personal Power by Robert Firestone, Ph.D.
November 28, 2011
For centuries, philosophers, social scientists, and psychologists have struggled to answer ethical questions regarding the use and misuse of power.…