Dr. Allan Schore: The therapeutic alliance literature, which has been on the efficacy of psychotherapy is now showing that essentially the therapeutic alliance is a bond of emotional communication.  And that is the central heart of the treatment.   So that would be in a relationship.  At the same time, the movement in early development is showing that the growth facilitating environment — the attachment —  is essentially the same kind of a situation whereby the personality of the mother at deeper levels – not her left hemisphere – but at deeper levels, are interacting and resonating with the baby.

And again, let’s remember with these patients, intimacy is terrifying.  Right?  It’s strange, it’s foreign, it’s terrifying, etc.  So it’s that system, which again would heighten the idea that the inter-subjective, the relational, is central to the treatment.

The ability to empathically resonate with someone else’s subjectivity is very different than giving another person advice or telling them what to do or how they should be etc., etc.  And I think what we’re finding here is that in many cases whereby you see a suicidal crisis triggered which was precipitated by some type of interpersonal event, which on the surface looked as if it was an attempt of some positive, really was not.  I mean, in some ways, it could have been more shaming and humiliating and really not a matter of the deep contact that we’re talking about here.  And more or less, keep your affects to yourself, especially the dis-regulated ones, etc.

And so therefore, many of the precipitating crises are with very close family members.  But again, they are literally not making contact because they’re just in two different worlds.  Again, one in a deeply pained subjective world, the other in an objective world of verbalizations, etc.  And there’s no way that they’re going to connect up together and this matter of the exquisite sensitivity to shame and humiliation also and mis-attunements, etc. without repair.

So in some ways, they’ve never learned really how to form that deeper inter-subjective bond, which may also say that in certain cases of suicide – incidentally, there are suicidal children also right?  If it were a suicidal child at 5 years old, we would say straight out “You cannot just treat the child.  You have to treat the system.  You’d have to treat the care givers.”  Well, it’s the same principle.  I don’t know how may times we actually see it, you know, later, down, when it’s an 18-year old or a 21-year old.

I also want to point out one other piece.  There is a massive reorganization of the brain in adolescence.  And essentially, that reorganization is of the same circuits of the right brain.  During that period of time, there is an exquisite vulnerability of the individual and that’s why adolescents, because again, if you had a thinned down system where the cortical to subcortical is thinned down early on in, you know, infancy, and then you thin it down again in adolescence, that’s when you’re going to see now the Access 1 disorders popping there.  So obviously, adolescence would be a critical period again.  Perhaps even more so than latency periods, whereby these dynamics come back, play again and the dis-regulation comes back play again.

And then you’ve got on top of that, another problem, which is the ability now to auto-regulate in a way that they didn’t have before.  And that is to auto regulate by drugs to change the state by drugs, so you’ve got that in there, too.  So I just wanted to point out that we should have mentioned something.  The latest studies of, say borderline adolescents, are showing right frontal deficits and are essentially describing it as impaired maturation.  I mean, here’s structures that never did evolve in the first place.

To Listen to a Child
November 11, 2009
T. Berry Brazelton M.D. Understanding the Normal Problems of Growing Up – This is one of child development expert and… 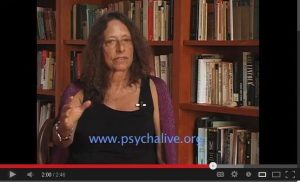 Why Women Find it Diffiicult to Attach to Pleasure
April 11, 2013
Lisa Firestone:  It’s also been my experience when people really feel the most joy or the most loving or close… 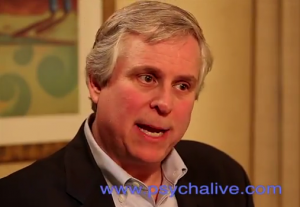