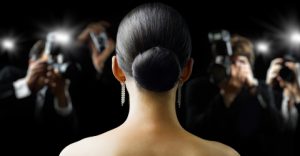 Lady Gaga’s large persona is everywhere you look. TMZ is staked out with cameras on every corner. Entertainment Tonight and Access Hollywood are so mainstream that by now they are passé. Celebrity culture is a redundant term these days, because celebrity has become culture in the United States. The terms are synonymous. Lindsay, Paris, Britney, Justin, Brad, Angelina, and Oprah. Oh, if only I were a person known by my first name by the thronging masses, we tell ourselves! Then, we would be somebody.

Film director John Waters blames this morbid craving of fame for our neurotic tendencies. “Most everybody secretly imagines themselves in show business, and every day on their way to work, they’re a little bit depressed because they’re not,” Waters says.

“People are sad they’re not famous in America.” Former American Idol host, Simon Cowell, also sees it. There is a “fame epidemic” in America, he says. We have become a nation of gawkers, unable to turn our craning necks away from the next celebrity christening or subsequent train wreck. And yet, in some perverse way, we would trade all we have to walk in the ruby red slippers of fame.

Now, like it or not, Hollywood has come to Michigan. From city streets to leafy suburbs, it has become commonplace to happen upon a movie or a TV shoot. Hugh Jackman is next to you at the grocery store, or up-and-coming stars — like Detroit 1-8-7 actors Erin Cummings and Shaun Majumder — are out about town. This could either lessen our fascination with celebrity or heighten it. It depends on how we see ourselves and our own vital importance to the world around us.

Research studies into how the public views famous people point to two rather disturbing findings: our tendency to elevate that which is outside of ourselves to celebrity, or “good” status, and to demote that which is innately within us to a level of diminished importance and mediocrity, or a “less good” status. So-called, “parasocial” research shows that some people actually feel closer to celebrities whom they see on TV or in the movies than they do to their own friends and family members. Another group of researchers has discovered that a full 1/3 of the U.S. population has an unhealthy level of attachment to their favorite stars. Celebrity Worship Syndrome is defined as an obsessive disorder, where, for example, affected responders answered “yes” to the following research questions:
• I have frequent thoughts about my favorite celebrity, even when I don’t want to.
• My favorite celebrity would immediately come to my rescue if I needed help.

Beyond the obvious infantilization in such a rescue fantasy, isn’t it time to reach for our own real potential? Could we reclaim the illusory projections of greatness we direct “out there” and turn those bright lights, instead, on our own greatness? What do we want to do during the short time we have on life’s stage? In order to be truly happy, in fundamentally contented ways, we must learn how to become lead actors in our own life stories. As a society, and as individuals, we have not yet fully learned that the one person who should immediately come to our rescue is ourself and that the only hero we need to worship is ourself.

This theme of “honoring the self” is a necessary component of self-actualization, becoming all we can be. It goes far to define what could be the leap that pushes the global dialogue toward such Generation Y issues as planetary consciousness, sustainable living,and empathic responsibility for the future of all living things, starting with ourselves. At both macro and micro levels, interdependence prevails as the thread woven throughout the tapestry of the physical world. When examined, it is clear that we all play a part in the epic story of the ever-unfolding sociological ecosystem, each generation throughout time and space, dependent on the ones before it for its existence. Thus, one starring role we all have everyday is creating the fabric of tomorrow and all the tomorrows that follow.

A TV commercial catches my eye. In the spot, a mid-twenties woman in a white lab-coat, hair pulled back in a ponytail, walks to the middle of a busy Times Square. She takes a stance, clears her throat and begins to speak. “Hero: A Poem,” she recites out loud. “I’m not the next top model. I won’t be America’s 1st female president. But that doesn’t make what I do any less important,” she says, stating that she’s a scientist. “I turn waste into fuel. I lower the price of gas. I’m Maya Oliver …” That’s the spirit, Maya. You’re a hero too. Don’t crave fame; instead, desire to nurture your innate abilities, and with them make a difference in the lives of others, now and in the future. In this deceptively simple, yet demanding, challenge, we are offered the opportunity to see our names emblazoned on a marquee of our own making.

The truth is, if we cannot live out of a sense of our own celebrity, we are selling ourselves short and missing out on life’s fullness. It is considered an achievement of optimal human functioning and spiritual mastery to manifest one’s unique gifts and skills in a socially engaged and responsible way. Every morning we can rise and shine, and like any celluloid prince or princess on the big screen, make our dreams come true.

In a recent sermon at Temple Israel in West Bloomfield, Rabbi Josh Bennett spoke about the need to discover the superhero that lives in each of us. “Not because you will be on the news, rewarded with fame,” the rabbi instructed. “But so that you can leave the world better than we found it.” Then, dropping his rabbinical robe to the ground to further his point, the rabbi stood wearing a head-to-toe Spiderman costume. He pointedly asked his congregation. “Who is a hero? Inside each of you is a superhero waiting to be born.”

Lady Gaga, the most celebrated “it” girl of the moment, similarly warned of seeking personal satisfaction from the wrong sources, at her Monster Ball concert in Auburn Hills. “You can be whoever you want to be, Motor City,” she screamed to the cheering crowd. Don’t look outside yourself to the glittery world of fame, but, she stressed, be enlivened by your own amazing self. “Remember that you are a superstar,” she said, “and you were born as one!”

Grab hold of your star, strive for greatness rather than fame, honor your contribution to your loved ones and the world, and be proud of the celebrity you already are. Being the star of your own show is the only true measure of success.

Great article, I think there needs to be more of an emphasis on education and being who you are not who others are. I think it is ironic that people want to be famous, whereas those who are famous wish they are/were not. I know that celebrities play the ‘woe is me’ card quite a bit to disassociate themselves from the doldrums of celebrity. I think this country really needs to focus on education and encourage everyone to follow their dreams. Some people do not want to be famous such as myself. If I were to become famous, I would want to be recognized for something more important than having a wardrobe malfunction, or being caught with cocaine while driving drunk. I am starting to feel and think that there is a celebrity backlash starting to brew as Americans are reorganizing their priorities.

One of the best articles I’ve come across in a long time! 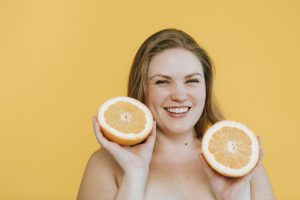 Want to Improve Your Body Image? Try this…it’s not what you think
December 6, 2018
Instead of mercilessly judging and criticizing yourself for various inadequacies or shortcomings, self-compassion means you are kind and understanding when…

6 Major Influences that Stop You from Becoming Your True Self
November 30, 2018
To be nobody but yourself in a world that is doing its best, day and night, to make you everybody… 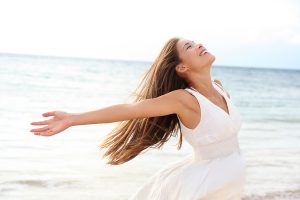 How to Be Confident
February 21, 2017
A Psychological Guide to Building More Self-Confidence Society offers us plenty of advice on how to be confident. “Just be…