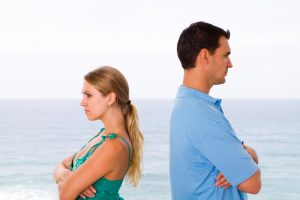 All partners in successful intimate relationships know how to compromise when negotiating each others needs. They fully expect to give up some things and strive for fairness in those decisions.

When couples cooperate openly, most desires are met, negotiated, or willingly given up for the sake of the relationship’s success. But sometimes one partner wants something important that is not available no matter how effective these up-front attempts at reconciliation have been. He or she then faces the conflict between giving up that important need, or choosing to do whatever is necessary, even if selling out is the only option.

In forty years of treating couples, I have never known a single partner who has not resorted to subterfuge when that kind of dilemma arises. At those times, they may be willing to do something devious that is contrary to their own values, to get what they need.

In most cases, the accompanying guilt or resentment is temporary, and the rewards actually do compensate. The negative feelings dissipate over time and the positive parts of the relationship win out. Nothing needs to be shared between the partners and all ends well.

Unfortunately, that does not always work out. Many partners are well-intended in each individual circumstance, but, over time they can seriously compromise their personal integrity, and then silently hate their partners for accepting their sacrifices.

If you can recognize yourself in these repeated, painfully compromising situations, your relationship will eventually suffer. Your cumulative resentment creates a gunnysack of future ammunition. That suppressed resentment may escape when you least expect it, perhaps over a seemingly innocent conflict that doesn’t deserve that level of negativity. If your partner has not realized how you have been hurting yourself to get what you want, he or she will not understand your reaction, and may pull away, causing you to sacrifice again to regain the intimacy you’ve lost.

If self-destructive sacrifices have the potential to cause this level of harm, what drives intimate partners to resort to them?

It is hard to give up something important, especially when you’ve tried every legitimate way to get it. Perhaps you rationalized at the time that it wasn’t that much to sacrifice, and that you could get over your negative feelings. You could have thought of it as the best option at the time, and truly believed it would be worth it. You might even have known it was the wrong thing to do, but just couldn’t give up what you needed.

Strong desires that that cost too much are ultimately harmful. Partners in loving relationships may sell out this way because the loss is harder to bear. They often derive their power from unresolved past experiences that have left exaggerated fears of loss. They can run the gamut from urgent to mild. The problem is the high price you have paid.

There are some universal fears that can drive even well-meaning and confident people to stray into that negative realm. For example, many people are more willing to sacrifice their integrity when they anticipate unbearable emotional loss. But many partners who are not faced with significant threats will still compromise their self-respect in some areas.

“I know I shouldn’t be doing this right now, but this is a really important situation and I won’t make it a habit.”

“I hate conflict. If I don’t give in to this argument right now, it’s only going to get worse. I can get over it. It’ll be better in the long run.”

“I really want her to make love with me later. I’m going to have to put up with her crazy control-freak behavior for a few hours. I hope it’s worth it.”

“If I don’t pretend to like his insulting friend, I know he’ll choose him over me. I just couldn’t bear that. I guess I can fake it.”

The important rule here is that deciding to compromise your integrity is not automatically the wrong decision for you or for your relationship. There is, however, one crucial caveat:

If you decide, for any reason, to exchange your self-respect for something you want from your partner, you must never blame him or her partner for not protecting you from your own choices to sell yourself out. Self-compromise that results in smoldering resentment or the loss of your self-respect will eventually challenge the mutual trust in your relationship. If you add blaming your partner for your own self-destructive choices, it can be destroyed.

Partner A wants something Partner B can give or withhold,.
Partner B doesn’t want to grant that desire.
Partner A is unable or unwilling to give up the desire, and feels that sacrificing his or her integrity is the only option.
As a result, Partner A gets what he or she wants to happen or what is avoided, but is secretly resentful and stores those negative emotions for future ammunition.
Partner B grants the desire, not realizing he or she may be facing a future debt.

Partner A:
Trevor is at a restaurant with some business associates. His girlfriend, Karen, expects him home by 6:00. He knows she’s going to be angry when he calls because he is chronically late.

“Hi, sweetheart. Look, don’t be mad. I’m still at the restaurant and they haven’t served dinner yet. I’m sitting near some people who might be important to the deal. I’ll just be a hour or so.”

He is hoping Karen will buy it but knows that she probably won’t, and will make him pay later.

Partner B: She answers, obviously irritated. Oh, come on, Trev. Not again. I skipped the gym just to be with you tonight. I might as well have stayed at work. I sure can’t count on you.”

Partner A: Trevor feels that his request is okay and doesn’t want to give up his plan, but he also doesn’t want to deal with being denied sexual favors later because of her disappointment. He’s thinking about all the other times he wanted to do something that would distance her and how easily controlled he is by his sexual attachment to her. He feels compelled to appease her in the moment, but knows he’ll take it out on her some other time.

“I’m really sorry for upsetting you, honey. I guess I wasn’t thinking. Let it go, okay? I’ll be there in ten minutes. Try to feel better, okay?”

Partner B: ?hanks for caring, Trev. I don’t mean to be so upset but you forget the time so often and I get disappointed. I just look so forward to being with you. I’ll leave the door open. Love you, baby.”

Trevor has just caved, selling himself out because his partner can take away something that is crucial to him–a passionate sexual relationship. He may still have access to her physically, but at the cost of his own integrity, self-respect, and personal desires. If he continues those compromises, his resentment of her control over him will eventually outpace his attachment.

If Trevor continues to sell out, he will eventually develop the behavior of a martyr, and worse yet, may start to see Karen as manipulating his weakness for her benefit. Continuing to give in, he will begin to hold her to a debt she will not understand and never be able to pay.

“I’m tired of trying to do what I like. I’m just going to do whatever she wants from now on. It’s just easier.”
“If she really loved me, she wouldn’t let me give myself away like this.”
“If your girlfriend wants anything from you, she’ll eventually get her way.”

Sadly, Karen will start feeling selfish and need to rationalize her own behavior:

“I know he can’t stand it when I’m mad, but if he’d stop disappointing me so much, I wouldn’t be. I can’t help it if he gives up what he is doing to keep me from getting upset with him. That’s his problem.”
“I can’t stand it when he gives into me and then gets pissed off for something ridiculous later on.”

In time, both of these behaviors will backfire. Martyrdom and indulgence do not portend the deepening of intimacy. These two people who may have had a real chance for a long-term loving relationship have sabotaged it into a likely demise.

What is the solution? How can you stop self-destructive sell-outs when the result eventually will hurt you, your partner, and your relationship?

Here is what you can do:

Reconsider any compromise you make that will cause irreparable harm to your integrity.

If you pretend to make something all right which never could be, you will be risking the loss of your self-respect, and will feel less deserving of what you need. 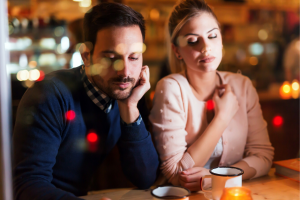 How to Beat Boredom in Your Relationship: Drop into the Plane of Possibility

The Problem with Shopping for Relationships Online 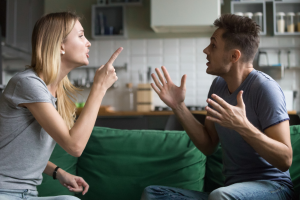 Exceptionally useful many thanks, There’s no doubt that your audience would certainly want a lot more content similar to this continue the good content.

Psychalive - Psychology for Everyday Life
The Latest Addiction: The Causes of Abuse and Dependence And How to Break the Cycle If a woman, a singing…

What is Your Attachment Style?
What is attachment and why is it important? Attachment refers the particular way in which you relate to other people. 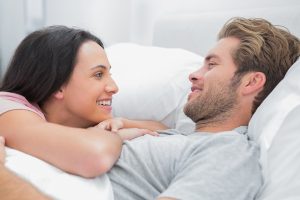 Forgiveness: The Secret to a Healthy Relationship
October 22, 2015
Scientists who study forgiveness have long agreed that it is one of the most important contributors to a healthy relationship.… 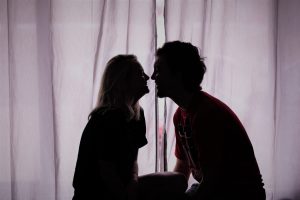 How to Improve Relationships By Knowing Your Attachment Style
April 2, 2019
Our first relationships profoundly shape how we connect with others. A baby’s earliest lessons teach whether to depend on an…

How to Not Feel Let Down This Valentine’s Day
January 28, 2015
When I think of Valentine’s Day, I inevitably think of February 15. That’s the day that people come in to…