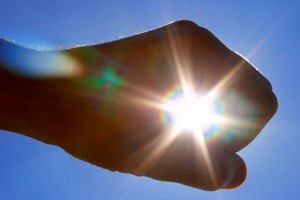 I’ve been in the field of suicide prevention for almost 30 years. When I started out as a psychologist, there were no empirically valid treatments for suicidal people, in part, because many studies of mental health disorders actually excluded suicidal subjects. In addition, the treatments for suicidality often targeted the conditions believed to be underlying the suicidality, such as depression. Yet, what researchers have recently discovered is that targeting the person’s suicidality directly is precisely what works best to save a life.

With National Suicide Prevention Month this September, I will be hosting a CE Webinar for mental health professionals on Sep. 17 on “Suicide: What Every Mental Health Professional Should Know.” In this presentation, I will offer an in-depth understanding of the dynamics operating in suicide and highlight the most recent research on assessment, crisis management and treatment. One of the first methods designed as an intervention that targeted suicide directly was Dialectical Behavioral Therapy (DBT), which was developed by Marsha Linehan. DBT was originally developed to treat women with personality disorders, who engaged in suicidal behavior. One of the core elements of DBT is teaching skills that help the person to regulate and tolerate their emotions. This is extremely important, as suicidal individuals are a diverse population with one thing in common: they have trouble labeling, tolerating and regulating their emotions. What Dr. Linehan found in her research is that receiving DBT greatly reduced the likelihood of suicidal behaviors.

If we see suicide risk as a skills deficit problem, we can focus treatment on helping people to develop the skills they need to stay alive. Once this is accomplished, there will likely be other psychological issues to address to help these individuals to feel better, but addressing the “underlying disorders” alone won’t necessarily work to prevent people from taking their lives. The number one goal of the therapist should be to help keep the suicidal person alive, so they can then benefit from treatment for their other difficulties. By focusing intervention on helping the person build the skills that help them stay alive, the therapist has time to work on the other psychological troubles they’re facing.

Because suicidality is a unique condition requiring a unique and targeted treatment, there was even consideration of making it a separate category in the Fifth Edition of the Diagnostic and Statistical Manual of Mental Disorders(DSM-5), rather than regarding it as a symptom of other mental health disorders. When we look at suicide as the focus of treatment, we are better able to target the skills deficit from which suicidal people suffer. We can better teach healthy strategies for staying alive and collaborate with the client, sharing the responsibility for his or her survival.

Another therapy that takes a targeted approach is Cognitive Behavioral Therapy for suicidal patients (CBT), developed by Aaron Beck and Gregory Brown. This model draws upon some of the basic skills-training aspects of DBT. One important element they add could be described as state-dependent learning. Previous research had demonstrated that suicide attempters can learn skills in a non-activated state, but when they are triggered, they can’t access these skills. Therefore, the final step Dr. Beck and Dr. Brown added in therapy involves inducing the suicidal state in session and essentially testing the person’s ability to implement the skills they have learned, when in the suicidal mode. The therapist is there to if it is necessary to help the person through the induced suicidal state. However, the goal is for the person to demonstrate their ability to calm themselves down when triggered and survive on their own. Therapy continues until they can do this on their own.

Dr. David Rudd, a lead researcher in the area of suicide has recently developed a specialized time-limited CBT approach to treat suicidal military personnel. Last month, I saw Dr. Rudd present at the 2013 American Psychological Association Convention, where he described his 12-session intervention program for those who’ve made past suicide attempts. This intervention targets suicide as a skills deficit that requires specific training to overcome.  His model sees preventing suicide as a shared responsibility between patient and therapist.  The treatment helps people learn tools to develop their ability to notice and label their emotions, as they get activated into the suicidal state. They develop personalized strategies to calm themselves and keep themselves safe. Dr. Rudd says that when a person is suicidal, they are in a state of over-arousal, which is why the inability to sleep is one of the main immediate warning signs for suicide. This CBT approach has been implemented in the military, and data is showing that it reduces the reattempt rate by 50 percent.

For people who are concerned about a friend, relative or co-worker who may be at risk for suicide, there is a strong message of hope in the fact that there are now several good, effective treatments available to help suicidal people learn the skills to stay alive. These new discoveries, paired with new methods of outreach, have made me increasingly optimistic about our ability to help save lives. New technologies are even helping in this mission with our National Suicide Prevention Lifeline providing e-cards that allow you to reach out to suicidal people. These e-cards are scripted with messages designed by a specialist in the field and can be personally modified by the sender.  A “Hope Kit” app is in development, which would allow people coping with suicidal thoughts to have access on their mobile device to things they can do to calm down their feelings. There are websites listing warning signs and helper tasks that can help any of us save another person’s life. There is also the National Suicide Prevention Lifeline, available 24/7, where people can call to get help (1-800-273-8255). They have added an online chat feature as well.

Almost every suicidal person is ambivalent about his or her suicide. What we can do as friends, relatives, co-workers or acquaintances is reach out, show that we care and help these people get to the help they need to stay alive. 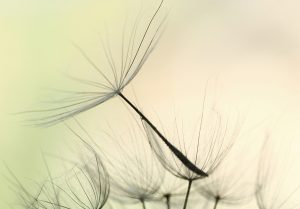 Coping Suggestions for the Suicidal Person
March 11, 2010
Here are some suggestions for supportive tools that you can create now to help you at those times when you… 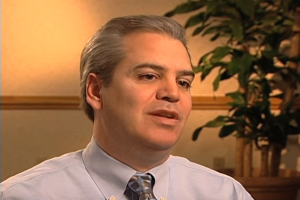 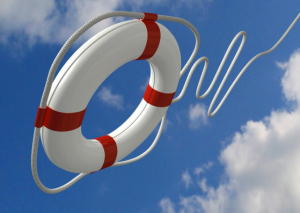