Recently the scientific community and the popular media were abuzz about the results of a global study entitled: Is daydreaming good for us? To answer this tough question, two researchers from Harvard University (graduate student Matthew Killingsworth and psychologist Daniel Gilbert) created an app so they could contact subjects at random times during the day to record the subject’s mood and activities at that exact moment. Through this survey, they were able to gauge the mental state of more than 2000 volunteers several times a day-in some cases, even when they were having sex.

The November issue of Science reported:

When the researchers analyzed the experiences of a subset of 2250 adults, about three-quarters of them from the United States, the first thing they noticed was just how often people weren’t thinking about what they were doing. Overall, subjects’ minds were wandering about 47% of the time. Only during sex did mind-wandering occur less than 30% of the time.

The daydreaming was not good for people’s moods: Volunteers were unhappier when their thoughts were elsewhere. Statistical tests showed that mind-wandering earlier in the day correlated with a poorer mood later in the day, but not vice versa, suggesting that unhappiness with their current activity wasn’t prompting people to mentally escape. Instead, their wandering minds were the cause of their gloom. Mental drifting was a downer for subjects during even the dullest activities, like cleaning, the researchers found. “I’m sure there are some situations where mind-wandering can be helpful,” says Killingsworth. But based on these results, those “are probably pretty rare.”

I’m filling in the cracks that ran through the door

And kept my mind from wandering

Where it will go.

All of us realize that at times, everyone experiences internal conflict, ambivalence in their feelings and contradictions in their thinking. However, we tend to under estimate the depth of the division within thepersonality, as well as the pervasiveness of our tendency for self-destruction.

Human beings possess two diametrically opposed views of themselves and of their personal and professional goals. On the one hand, people have a point of view that reflects their natural strivings, aspirations, and de&shy;sires for affiliation with their fellow beings, as well as their drive to be sexual, to reproduce themselves, and to be creative. This is the “real self.” On the other hand, they have another point of view that reflects their tendencies for self-limitation, self-destruction, and for hostility toward other persons. This is the “anti-self” and it is made up of thoughts, antithetical toward self and cynical toward others, which Dr. Robert Firestone refers to as the “critical inner voice.”

I was left wondering when the subjects in the study were daydreaming, were they in fact absorbed in thoughts and “voices” that represented their anti-self? The critical inner voice undermines the ability to interpret events realistically, triggers negative moods, and sabotages the pursuit of satisfaction and joy in life. These destructive thoughts, which exists to varying degrees in each of us, lead to a sense of alienation, a feeling of being removed from ourselves and distant from those we love.

We often have little awareness of the destructive impact that the critical inner voice is having on our emotions, actions, and the way we are conducting our lives.

The voice affects a person’s moods and feelings toward others. It can make the difference between a good day and a miserable one. When people become aware of their negative thoughts during transitions from a relatively happy mood to a depressed or cynical state, they can begin to control these erratic mood swings, because they will recognize the origins of a good deal of their misery.

I’m painting the room in a colorful way,

And when my mind is wandering,

There I will go.

It is possible to combat this insidious “enemy within” by becoming aware of it. You can be alert to when your mood shifts from feeling optimistic or relaxed to feeling down or irritable, and you can look for how your voice is influencing your thoughts and feelings. If you overreact to someone or to an event, you can identify what your voice is telling you about the person or how it is interpreting the event to you. As you get to know yourself in relation to your anti-self, you can anticipate the types of situations and experiences that tend to trigger your critical inner voice and be on the look out for its attacks.

You can also create the optimal circumstances to counter your anti-self: you can be with people. Dan Buettner, author of  The Blue Zones andTrends, and his team of researchers studied the world’s happiest and longest-lived cultures so as to identify the common denominators for enjoying a life of health, longevity and happiness. He found that one of those denominators is living socially among people who “focus their energy on developing a caring group of healthy friends.” You can engage in the give and take that is a fundamental part of the human interaction. Reach out and be kind to others and, in turn, ask of them and accept what they offer you.

I’m taking the time for a number of things

The article in Science about the daydreaming study, interestingly entitled Many Unhappy Returns for Wandering Minds, concludes: “The results indicate that, if you want to stay cheerful, you’re better off focusing on the present, no matter how unpleasant it is.” I think it would have been more accurate if they had said, “If you want to stay cheerful, heed advice that has been around for a long time: Your head is a bad neighborhood; don’t go there alone!” 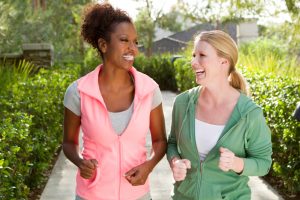 Why Competitive Feelings Are Good For You
September 10, 2013
Being competitive can have an ugly connotation in our society. It has become, in some ways, synonymous with greed, envy… 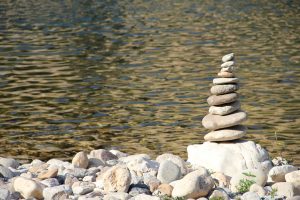 A Framework for Cultivating Integration
May 21, 2018
From The Developing Mind: How Relationships and the Brain Interact to Shape Who We Are, Second Edition. By Daniel J.… 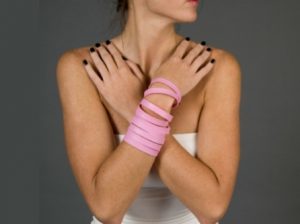 How Having Breast Cancer Taught Me to Live
December 2, 2009
The blond, petite technician glanced at me as she re-entered the room carrying my mammogram films. Why is she looking…