Finding Your Cure for Depression 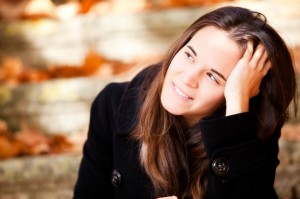 What if I told you that 350 million people worldwide were afflicted with an illness that can significantly compromise their quality of life? What if this disease could leave them tired, drained, achy, irritable, apathetic, restless, hopeless and  even at risk of losing their life?  What if it made people feel like they had no purpose, undermined their goals and diminished their motivation? What if the people suffering were parents, grandparents, spouses, partners, teens or, more and more often, children? The reality is that this epidemic exists in the form of depression.

Depression is not something to be taken lightly. It affects people of all ages in all walks of life. Harry Potter author J.K. Rowling once said, “Depression isn’t just being a bit sad. It’s feeling nothing. It’s not wanting to be alive anymore.” Depression is an illness and should never be treated as something that’s “all in your head.” Yet, those who haven’t experienced it have trouble understanding it. As Rowling went on to say, “I don’t wish it on anyone, but if they would know how it feels, I swear they would think twice before they just shrug it off.”

While the first step to understanding depression is accepting it as a health issue on par with any other physical affliction, it is then essential that we shift the conversation to treatment. Yes, depression is a real illness, but there are ways to heal from it. Do not let the fact that depression is serious ever steer you to believe that it is hopeless. There are countless treatments, and the secret is finding the one that works for you. A new study from Northwestern University has even identified certain genetic fingerprints that could not only be used to diagnose depression in adults but to help distinguish which therapies would be most effective for each person. This is an optimistic finding in a landscape where targeted treatments may be required for each individual.

While finding what works can feel like an uphill battle, especially when you are depressed, it is one with a statistically optimistic outcome. According to the National Institute of Mental Health, more than 80 percent of people who experience depression can be effectively treated. This even includes those with severe depression. Moreover, there have been a solid series of actions people can take that have been scientifically proven to curb symptoms of depression for most people, including exercise and mindfulness meditation. Often, a combination of medication and psychotherapy is the most beneficial. Furthermore, studies have revealed that psychotherapy can be particularly helpful in preventing relapse in people who’ve experienced a depression. Despite these reassuring realities, it is estimated that only about two-thirds of those suffering with depression seek help. October is Depression Awareness Month. If you or a loved one is experiencing symptoms of depression, there is no better time to start taking steps to get help and feel better.

One technique I use with clients struggling with depression is Voice Therapy, an approach developed by my father, psychologist and author Robert Firestone. Voice Therapy introduces people to the concept of the “critical inner voice,” a destructive pattern of thoughts that fuels self-hatred. The critical inner voice is like a sadistic coach who comments on our lives and torments us. It undermines our goals and kicks us when we’re down. People with depression often strongly experience this “voice,” driving feelings of hopelessness, unworthiness or shame, a concept I’ll elaborate on in two upcoming Webinars on depression.

In Voice Therapy, you are first asked to vocalize your negative thoughts in the second-person (as “you” statements , i.e. “You are worthless; you make people feel bad.”) This helps distinguish your voice as an alien enemy as opposed to your real point of view.

The second step involves thinking about where these thoughts come from. Do they sound like anyone or remind you of anything from your past? This helps you develop compassion for yourself. You did not get to feel this way for no reason.

Next, you answer back to this enemy, including responding to this inner critic from a more compassionate and realistic stance, talking of yourself the way you would talk about a friend, using “I” statements (i.e. “I am fun, kind and funny. People enjoy my company.”)

The fourth step is to think about how your voice influences your behavior. For example, do you steer clear of social situations, isolating yourself or keeping quiet around friends?

The fifth and final step is to then acting against your critical inner voice. Stop engaging in the behaviors that buy into or feed its directives, thereby living free of its constraints. This includes both stopping behaviors that are self-sabotaging or even self-destructive and increasing behavior that is in your own self-interest.

Part of fighting depression means identifying behavior patterns that worsen its symptoms. While people come by their condition honestly, they may not recognize the behaviors they engage in that exacerbate and feed their depression. The numb state people enter when in a depression can be created or inflated by the psychological defenses they’ve formed. These defenses are like walls that were built subconsciously to protect people from painful circumstances and conditions throughout their lives, particularly in childhood.

As my father wrote, “Feeling and compassion are a significant part of our human heritage, but when faced with overwhelming primal pain, we develop defenses to minimize our suffering.” In other words, we learn strategies to cut off from our feelings, which may alleviate the immediate pain but will also shut out the many joys of life. This unconscious pattern of trying to not feel an unpleasant feeling, be it anger, hurt, anxiety, grief or sadness, can actually lead to depression. While depression is hardly a pleasant or preferable state, it can mask a sea of emotions that we’ve long tried to subdue.

The adaptations we made to survive emotionally as kids aren’t necessarily the best strategies as adults. The defenses enlisted to protect us early in life can hurt us later on. For example, isolating ourselves in our room may have drowned out the loud arguing of our parents, but it’s most likely not an adaptive tool in our adult lives. Moreover, it probably didn’t abolish the pain or anger we felt inside. When we grow up, no matter how deeply we hide them or attempt to cover them up, painful experiences from our past stay with us. They shape how we see ourselves and the world around us. We carry our feelings about them with us as well as the adaptations we made to try and cope with them. For example, as an adult experiencing depression, a childhood tendency to isolate one’s self can be the absolute worst thing to do. Therefore, part of feeling better means recognizing our defenses and being willing to act against them, no matter how much anxiety it initially sparks. As my father further wrote, “To alter this negative legacy requires a depth of psychological knowledge and compassion as well as the belief and fortitude to pursue this endeavor against all odds.”

No life is free from hardship. The human condition is a painful one, and no more so than for those who suffer from depression. The aim will never realistically be a life free from sorrow or a state of permanent happiness. But what is possible is a life of meaning, which always includes a willingness to feel our feelings. Whether we recognize it or not, in any particular moment, each of us is a vital being, capable of happiness, fury, fear and love. With the many hurdles we ultimately experience in life come moments of overwhelming joy, bittersweet sadness and finally a sense of peace that can only be reached when we are willing to face the depths of feeling that exist in all of us.

Those who know depression should be assured that the pathway to feeling like yourself again, while it can be arduous, is still possible. It’s a brave battle, but one that is worth it, because you are worth it. Think of the joy Rowling’s books have brought millions of children or the smile you’ve brought to your own child’s face. Depression may be an obstacle that can cast a shadow on your life, but it can never overshadow who you are. 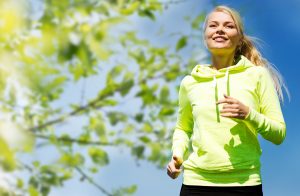 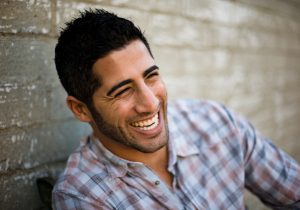 How to Befriend Yourself: A Psychotherapeutic Approach to Living
February 14, 2017
In addition to training and experience, the ideal attitude of the therapist toward the client would best be described by…