Are You Living with an Accidental Identity? 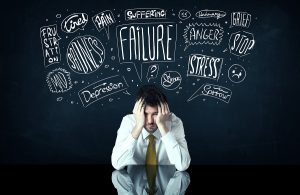 We often consider our identity as fixed and say things like “that’s just the way I am.” Yet, every one of us has the power to change most aspects of who we are at any given moment in time. If we’d like to be giving, we can be generous. If we’d like to be less irritable, we can treat others with more patience. Actions shape our identity. How we perceive ourselves is another story.

Our sense of identity starts to form as soon as we’re born. We draw on our experiences to develop a definition of ourselves, which we uphold in many ways throughout our lifetime. This prescription is laid out for us in both the subtle and unsubtle ways we were treated and related to as children. While we can assess and change our identity at any point in life, in order to live freely as our truest selves, we have to explore these early influences. We must be willing to look at how the events we experienced impacted our developing sense of identity. In particular, we have to examine the elements that were destructive or bent us out of shape, as their lasting effects can limit, undermine, or hurt us throughout our lives.

In a recent interview I did with my father, psychologist and author Robert Firestone, he elaborated on how an individual forms a sense of identity. He described how from the moment children are born, they start to be defined by their parents, and they incorporate painful experiences. While most parents have the best intentions for their children, no parent (or person) is perfect. Often, without realizing it, parents make inaccurate projections onto their offspring or struggle with their own defenses when relating to their kids. Therefore, to some extent, every child undergoes pain and suffering in their early environment.

Our self-concept emerges out of these early experiences; positive events, love, and nurturance lead to a positive self-concept, while negative or hurtful experiences create what my father terms an “anti-self,” a side of us that is turned against us. The language of this anti-self is our critical inner voice, defining us in judgmental and self-critical ways, and encouraging us to engage in behavior that limits us, sabotages our goals, and is self-destructive. Our sense of identity isn’t only shaped by these early interactions with our caretakers, but also by the defenses we form to cope with emotional pain and distress.

Three important factors contribute to this distortion of our real sense of self. First, there are the direct definitions parents or other influential figures place on a child. A parent who has trouble tolerating their child’s crying may label the child as high-maintenance, stubborn, or demanding. They may call their child “needy,” “bossy,” or “loud.” The second factor can be more subtle. It involves the definition of the child that they picked up from their emotional experiences and the ways they were treated. A parent who always felt fearful themselves as a kid may project that their own child feels insecure and may handle the child with trepidation, seeing the child as timid, helpless, or incapable.

Children look into their parents’ eyes to glean a reflection of themselves. When parents feel badly about themselves or have unresolved trauma from their own past, they may project an image onto their child based on something other than the child’s true self. This negative, inaccurate projection is incorporated by the child who mistakes it for their true identity. These projections can be almost subconscious for the parent. A father who doesn’t realize the anger in his eyes when he gets his child ready in the morning, or the mother who fearfully tends to a child’s every need, because she’s afraid of her child losing their temper may not realize the emotional implications of their behavior, but the child is picking up the messaging that “There’s something wrong with me. I’m bad. I’m scary.”

Finally, the third factor involves the defenses people form around these projections. For example, if a parent acted like the child was “out of control” and overwhelming, the child may start to overcompensate by always trying to be good or quiet. Or, they may take on the image of being “wild” and “expressive” and use those traits to feel like they’re in control in their household. If a child was ignored, they may have felt they had to shout and be outgoing to get attention. If they felt criticized, they may have felt they had to lay low and stay quiet to get by.

Growing up, these individuals may have been labeled as “loud, intrusive” or “shy, reclusive” yet these labels were inherently faulty, as the behaviors that led to them were based on adaptations to their social environment. As children, people form defensive behaviors to cope with the emotional climate in their home. Unfortunately, these defenses, which may have felt adaptive in childhood, can go on to limit a person, because they are no longer adaptive in adulthood.

Once these definitions are laid down for a child, he or she often goes on to live out that self-concept. They “know” and believe that they are just that way, then act in ways that support that belief. But this is not their authentic self or an accurate picture of who they are. It’s what my father calls an “accident of experience” which creates an “accidental identity.” The child is misperceived based on the parent’s own defense systems, which impairs their ability to attune or relate sensitively to the child. The child then develops a false sense of their own identity and defenses that support it.

For example, a man I spoke to recalled running up to his mother every day as a kid when she returned from work. Each day, she’d irritably shoo him away, demanding “just five minutes of peace and quiet!” As an adult, he’d often feel insecure when approaching a woman and assumed she’d be repelled by him. His lack of confidence often left him feeling quiet and nervous, which resulted in him acting in ways that made women less interested. This reconfirmed to him that there was something “creepy” about him that made him unappealing. Thus, his sense of identity was caught in a cycle that was never based on who he really was. Other people, who harbor similar insecurities, react by demanding attention. They may act with bravado or an inflated sense of self to compensate for feeling badly about themselves. This compensation is still a distortion of who that person truly is, because it’s equally bending them out of shape.

Differentiating from the past to become who you want to be is neither a matter of conforming to old identities nor rebelling against them, but of finding our own way. This isn’t as easy as it sounds. On a symbolic and emotional level, changing our sense of identity can feel like we’re breaking the fantasy bond or illusion of connection or merger with our original family where the identity was formed, and that family was once our source of safety and survival. It can feel like a kind of companionship or attachment to keep identifying ourselves in terms of our old identity, and there’s a core resistance to forming a better image of ourselves and creating a new way of living. It’s scary to change and assume a new identity that’s more positive. It takes a lot of courage, understanding, insight, and persistence, but ultimately, we have to take power if we want to live OUR life, rather than relive our childhood.

Understanding how we formed our sense of self is an essential step in this process, as people can actually come to question their negative identity and make big changes in the way they perceive themselves. As my father said in our interview, identity is the “furthest thing from being fixed. You’re ‘lazy’ until you’re not lazy anymore.” A person can learn to be who they want to be. They can take appropriate actions that fit with who they want to be. That’s their new identity – moment to moment.

To further break this cycle on a generational level, parents should strive to not to be defining but to understand and appreciate their children as changing people. We should always try to avoid labels and definitions and never be absolute in our treatment of another person. Furthermore, we should apply this same principle to ourselves, to treat ourselves as growing, changing beings, who have the power to become our truest selves. To learn more about how we can challenge and change our sense of identity as adults read part two of this blog, “Changing Your Sense of Identity.”

I’m writing you because this particular article is exactly what I needed.I’m stuck in my life, I’m drowning in this misconception of my self.Although I kind of suspected that was my situation, I wasn’t sure.My parents love me very much, but I knew there was something not so healthy about our relationship, and I guess now I know I am not completely wrong.I’ll read the next article, ’cause I really need to change, I want to do it, but I’m scared about the process, I’m scared of failing.However now’s the time.
Again, thank you very very much.

Are You Living with an Accidental Identity?
We often consider our identity as fixed and say things like “that’s just the way I am. 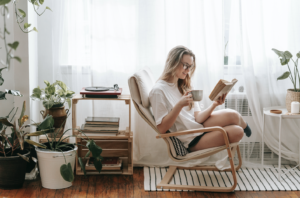 3 Easy Things to Try to Immediately Improve Your Mood
September 9, 2022
There are a million things that can cause our mood to rise and fall throughout any given day. Whether or… 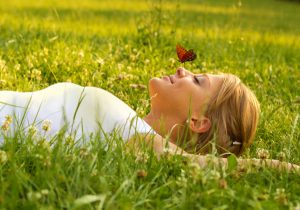 A New Look at Differentiation
June 7, 2012
Remaining undifferentiated renders one unable to fully accept the gift of life and, instead, leaves one merely living out the… 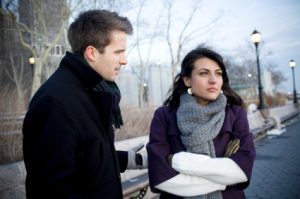