A Relationship is a Creative Work: An Interview with Dr. James and Carol Gilligan

A Relationship Is A Creative Work

Dr. Carol Gilligan: It’s like, if you do any creative work, you have to be willing to fail because creative work means you’re walking off the edge of a cliff. You don’t know what you’re going to do. And we’re a society that has a very low tolerance of any kind of failure; this sort of notion of perfection. If you’re in a relationship, you’re going to have conflict, and you’re going to do things you regret, and this idea actually comes up in my novel, Kira, because somebody says this to Kira, says the idea of, “One false move and that’s it.” He does something really hurtful, annoying, dorky, I don’t know what, get rid of him, get another one. Or, she does something he doesn’t like, get a younger version of her, or something like that. And it’s, you can just tell, that that’s just going to cycle over and over and over again. It’s just totally unrealistic.

It’s A Huge Risk To Love Someone

Dr. Carol Gilligan: Well, you see, the thing about relationship is, it’s like the tide, it’s always moving. It’s alive and the minute you try to freeze the relationship where you get scared… I mean, it’s true, in life somebody could always die, somebody could leave. It’s like, things happen. So it’s a huge risk to love somebody and it’s very dangerous in that sense. On the other hand, if you try to control love, or a relationship, you destroy it, you kill it.

To Genuinely Love Someone You Must Know Them

Dr. Carol Gillgan: First of all, you know, if you really love somebody, that means you know them, because otherwise you don’t love them, you love something else. So if you love somebody, you know them and if you know them, and I think this is what part of love is, you want them to, you know, flourish. And so that’s, if marriage does that, it’s amazing to feel that you live with that kind of knowing of each other, and being known, and that desire to see one another be most fully, really, themselves. And then that doesn’t threaten the relationship. It’s sort of ridiculous to think about that.

We Challenge Each Other

Dr. Carol Gilligan: Even when we could sort of fool ourselves, we can’t do it with each other, so we challenge each other in a way to live out of that part of ourselves. That’s very obviously very appealing to each of us, very, you know, challenging, and so our relationship keeps challenging us in that way and it’s alive, it’s exciting. If it were dead, then why would you stay married? So I think that’s really the core of it, and I think it’s funny because I think it’s easier in this society – which is why I wrote The Birth of Pleasure — it’s easier to talk about pain, it’s easier to talk about sadness, it’s easier to talk about loss, it’s easier to talk about tragedy than it is to talk about love, about pleasure, about just having fun with each other and liking to be with each other and sort of being intrigued by each other and that kind of thing. You know, for example, I dedicated my novel to Jim and I said in the acknowledgments that I don’t think I would have written a novel, but because Jim believed that I could write a novel, long before I thought so … and you know in Jim’s book, Violence, he also said in his acknowledgment that he felt I challenged him to write that book in his own voice. That incredible opening of that book, just the sheer writing of the opening of that—I know Jim as somebody who could do that. If you really want to know why are we together after all these years, that’s probably the answer to that.

Dr. James Gilligan and Dr. Carol Gilligan – A Marriage Can Be Many Marriages

Dr. Carol Gilligan: You go through time. That’s the other thing if you’re in a long marriage as we have been, you know, you could say we’ve been in many marriages because it hasn’t been one thing over time, I mean, and it has to be that way.
Dr. James Gilligan: Yes, we’ve had seven or eight or nine different marriages. (They both laugh.) 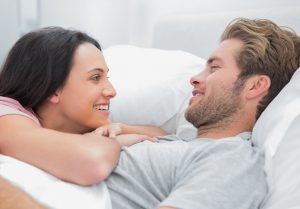 5 Ways to Overcome Your Fear of Love
February 21, 2014
I recently wrote a blog titled “7 Reasons Most People are Afraid of Love.” Within hours, the post had tens… 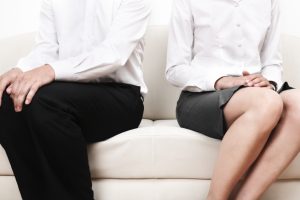 A Divorce Story
May 30, 2010
“Going through my things after we decided to get divorced was like going through someone’s Estate.  It reminded me of…

Going Back Out into the Dating World
March 2, 2021
With vaccines being approved, manufactured, and distributed and with vaccination centers opening up and people starting to be vaccinated, it…