VIDEO: Dr. Allan Schore on the Role of Shame in Suicide

Dr. Allan Schore talks about the role of shame in the roots of suicide.

Dr. Allan Schore: I do not feel that suicide is about guilt.  It’s about something much deeper, much more fundamental.  Shame of course is not verbal.  It’s visually being seen in the eyes of the others, etc., non-verbal communications of shame, gaze aversions, the triggers to shame.  And so that affect still has not been appreciated.

Now that’s a problem because as anxiety is a key affect to neurosis, shame is the key affect in narcissistic pathologies.  And it is these narcissistic injuries that are key there.  And so knowledge of shame states in which the person is literally disengaging.  The term “shame” comes from the old English meaning to hide.  So the person is now disengaged, is moving within.  This is more difficult to work with, more difficult than the counter transference, and is much more overlooked.

We’re too attuned to looking at enactments, which are explosive affects, which are all over the place as the person now goes into a regressive state or a terror state – and directs it even toward the patient (him/herself).  So this is an explosion, a fragmentation of the self.  There’s too much energy in the system.  But you’re also getting a collapse of the self.  And that collapse of the self — when it implodes in these states of hypo-arousal, so to speak, — these are more subtle.

And yet, the alterations in the psycho-biology in the cortisol are perhaps even more massive.  These also are found more in females than in males.  But at that point, as the person is imploding and collapsing in, they may be even parroting back the interpretation that was just given to them, but in a flat voice.  Because they are less dramatic, perhaps they’re not under therapeutic scrutiny as much.

But again, their essential and the dyadic inter-subjective aspects of shame about how shame is communicated inter-subjectively – I’ve written quite a bit about this especially in the second year of life – the infant is expecting high intensity positive joy state, an attachment, a connection – all of a sudden there’s a mis-attunement, that baby now drops now to hypo-arousal.  Somebody’s got to get that baby up and out of it because – yes, it’s difficult to regulate a screaming baby in hyper-arousal.  But it’s also extremely difficult to regulate a baby who has dropped down into this depressed  ….

Well now you can see this implosion is a parasympathetic state and again, this is again a dorsal motivatal state.  It’s the same collapse of the right brain as they move into the hypo-arousal of depression — excuse me, of the suicidal depression.   You know, the analytic aspect of that.  So again, we’re agreed on that…I think this is understudied.

I think it’s understudied partly due to the narcissistic dynamics, which are rampant in our country at this point in time.

Whereby shame is just bypassed and blocked and yet shame and disgust are probably – Silvan Tompkins, the famous psychologist studying personality theory used to say that although terror strikes, shame strikes much more deeply into the body and into the heart of man.  And what happens to us in these overwhelming shame states – now these individuals are literally living in massive shame states over the entire course of their life span.  And they are extremely susceptible to it.  They have no way to auto regulate out of it.  They can’t use others to interactively regulate out of it.  So we’re agreed on this.  I think shame dynamics are critical in the work with suicide.  And incidentally, shame dynamics have also been shown to be right hemisphere again.  So here we go.

Ultimately, if the baby goes into a stress response, especially if it’s going into hyper-arousal and then it’s bouncing down into hypo-arousal, you’re getting a severe perturbation of the cortisol levels.  A very high level of cortisol.  Well, this is really problematic when the brain is setting up in a critical period because cortisol at very high levels, as we know, destroys dendrites.  And so the connectivity of the brain is going to be markedly altered in this severe psychopathology.

The baby grows best in safe environments.  And in very dangerous environments, when it’s got to move into a survival response and cortisol is very high, this also negatively impacts the growth of the brain, which is what we talked about, why there is a maturational failure at later points in time.  And the only way that that baby can regulate that cortisol level is through the interactive regulation from the outside.

VIDEO: Dr. Allan Schore on the Role of Shame in Suicide
Watch an excerpt from PsychAlive’s interview with Dr. 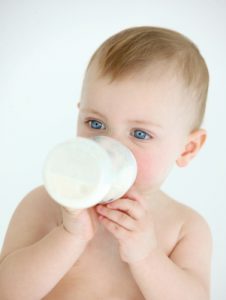 Fight Obesity Early
May 18, 2011
It has long been known in the medical community that breast-fed infants are less likely to be overweight, some studies…

The Fantasy Bond
August 14, 2009
Robert W. Firestone, Ph.D. – This book offers a consistently developed set of hypotheses centering around the concept of the…