VIDEO: Dr. Allan Schore on the Physiological Impact of Dissociation

Dr. Allan Schore describes the physiological impact of dissociation in response to early trauma, and its effect on suicidality.

Dr. Allan Schore: And then one more here is the matter of the unique forms of defenses that are used by such patients in these severe situations.  We know that in cases of early relational trauma, there are two patterns that the infant moves into when all of a sudden, the trauma begins.  And these are hyper-arousal, which would be high amounts of extreme fear, terror, aggression, etc.

And then we know that at a certain point in time that that is so overwhelming that ultimately the mechanism within the lower brain will just shut that down, so to speak, because the infant is overwhelmed beyond its own coping capacities and suddenly, the infant will dissociate.  The infant now is literally gone and it’s moving then from hyper-arousal into hypo-arousal.  This is a shutdown metabolic state, which I think is key to suicide.

So we’re now thinking that this dissociation, which is a disruption in primary consciousness, is the key defense.  We’re not talking about repression now, we’re talking about dissociation, which would also mean that in working with the most intense affects, we also have to look at the most primitive defenses — because the defenses also take interactive regulation and communication to evolve to more complexity– (so) they don’t evolve.  There’s essentially, what we have here is that projective identification and dissociation are the major players in the psychotherapy.

To end this part, what I’m suggesting is that in order to understand, not the mind of the suicidal patient, because, what you want is the mind/body of the suicidal patient.  Because it’s one thing to have just cognitions.  It’s another thing when the body is collapsing, so to speak, when the heart rate is dropping 30, 40 beats a minute, in the next beat, so to speak, what that feels like.  What we’re looking at therefore is a situation whereby development, attachment theory, the neurobiology, incidentally this used to be called  psychic structure, now we’re understanding psychic structure.

Why these elements really can give a much more powerful model of psycho-pathogenesis.  And that model of psycho-pathogenesis now will be critical now to the treatment model that will follow of the other side of it, etc.  so we’re now looking,  in my own work, I’m looking at normal development, abnormal development and that ultimately repair in the psychotherapeutic context using the same mechanisms that the right brain communicates with in the mother/infant dyad with the patient/therapist dyad.

VIDEO: Dr. Allan Schore on the Physiological Impact of Dissociation
Watch an excerpt from PsychAlive’s interview with Dr. 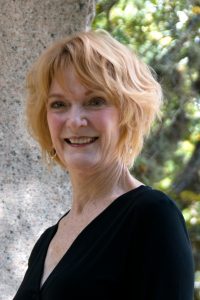 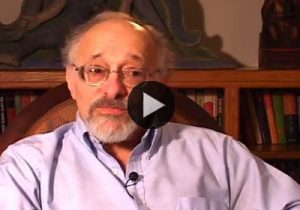 Peace on Earth Begins with Peace of Heart
December 22, 2010
The phrase is emblazoned on holiday cards, ornaments and light displays: Peace On Earth. It is a noble wish, to…