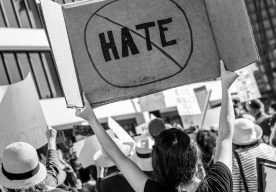 One of the most significant contributions of my theoretical approach, Separation Theory, is that it offers an understanding of the core dynamics underlying human aggression. It explains how people’s defensive nature and dependency on fantasy bonds polarize them against others with different customs and beliefs. In a similar vein, Schneider’s (2013) concept of “psychological polarization” describes the elevation of one absolutist point of view to the exclusion, even demonization, of all others (The Polarized Mind). Such polarization is the age-old antidote to the existential anxiety and panic evoked by the painful realization of the inevitability of one’s personal mortality.

I contend that human destructiveness toward self and others is largely a result of personal abuses suffered in childhood which are later compounded by the painful specter of impending death. The psychological defenses that individuals form early in life in an effort to minimize or shut out psychological pain offer a modicum of comfort but also predispose a degree of distortion and alienation from self and others. The combined projection of individual defense mechanisms onto a social framework makes up a significant aspect of culture. This collective defensive posture can — and often does — lead to restrictive, dehumanizing cultural patterns. Later, these consensually validated social mores and rituals in turn reflect back on individual personality development, thus completing the circle.

The fantasy bond is the core defense. On an individual level, it offers an illusion of connection or fusion with one’s parent or primary caregiver in an attempt to cope with emotional trauma and separation anxiety. When extended to identification with a group or a cause, it gives people a sense of safety and immortality in the face of death anxiety.

The fantasy bond or imaginary connection provides one with feelings of permanence, security, and belonging at the expense of self-realization, autonomy, and individuation. Because the fantasy solution soothes the pain of interpersonal trauma and mortality concerns, it must be protected from all intrusions. This protection predisposes aggressiveness, hostility, and malice toward those who challenge its function.

Cultural patterns, religious beliefs, and mores that are different from one’s own threaten core defenses that have acted as a buffer against frightening emotions. People will fight to the death to defend their beliefs, customs and traditions against others who perceive and interpret reality in different terms.

Although issues of economics and territoriality are also stimuli for inter-group hostility, I believe that ethnic hatred constitutes the more significant threat at this point in history. Unless we understand the nature of the psychological defense mechanisms that play a major part in people’s intolerance and hostility, the human race will be threatened by extinction.

As noted, the most powerful and effective denial of death is to be found in the fantasy bond. Once it is formed, there is strong resistance to intrusions from outside. Resistance is inevitable because if this core defense were to break down, the person would be faced again with the pain of the original trauma.

In protecting the fantasy bond against “outsiders,” negative thought processes — critical internal voices — foster distrust and hostility toward others. Stereotypes, prejudicial attitudes, and racial biases are extensions of these fundamentally hostile and distorted views. They provide a pseudo-rational basis for aggressive acts against those people who are perceived as different.

Feelings of vanity and specialness are also part of the defense system that shields individuals against death anxiety. This defense can be manifested in an idealization of the group and leader just as it was in the original idealization of the family. The extension of vanity as a defensive mechanism to a cultural pattern of superiority that exists on a regional or national level has led to virulent racism and genocide throughout history. As Sheldon Solomon (1986) noted, “All isms potentially lead to schisms.”

Most people, although defended, are not usually emotionally disturbed to the extent that the existence of a group with different views causes them to strike out with aggressive or violent acts. However, the majority can be induced into an intense state of hatred or rage by a leader who has pathological needs and who manipulates their fear and insecurity to achieve power (Fromm, 1941; Shirer, 1960). Entire societies are capable of becoming progressively more hostile, paranoid, or psychologically disturbed in much the same manner that the defended individual becomes mentally ill. Indeed, the more a society is built on insecurity and inflexible belief systems, the more “sick,” more polarized, and more dangerous it becomes to world peace.

A number of theorists have asserted that group identification is a major causative factor in religious, racial, and international conflict. For example, Erich Fromm (1941) explained how existential fears of aloneness and the “terrifying responsibility of freedom” compel people to take actions as a group that would be unthinkable to them as individuals. In Escape from Evil, Ernest Becker (1975) explored in considerable depth the connection between the fear of death and the social evil, which finds its primary expression in warfare. I am aligned with Fromm and Becker in hypothesizing that existential dread is the foremost predisposing influence at the core of man’s inhumanity to man.

Allegiance to and identification with the in-group, while at the same time devaluing others (“outsiders,” “aliens,” “immigrants,” those who do not belong), feed narcissistic, omnipotent feelings and inflate a sense of self-importance. Nationalism, communism, socialism, and other “isms” can function as a narcotic, a psychic painkiller that fosters a deep dependency in people who are searching for comfort, security, and relief from ontological anxiety. Individuals subordinate themselves to an idea or principle and experience a false sense of power. The illusion of fusion and connection that comes from being a part of a patriotic, fanatic religious, or nationalistic movement is both exhilarating and addictive

Empirical studies in Terror Management Theory (TMT) have found that people displayed an increased reliance on defense mechanisms to maintain self-esteem when experimenters manipulated their unconscious death anxiety. Their comprehensive research tends to validate my hypotheses regarding the origins of ethnic strife and warfare. For example, in one experiment, subjects whose death awareness was subliminally aroused in a hypothetical situation, administered more severe punishment to people of a different religious denomination and ethnic background than to those with beliefs similar to their own. Subjects, whose death awareness was not aroused, administered lesser punishment and did not react to religious or ethnic differences (Solomon, Greenberg, & Pyszczynski, 2004).

In summary, I propose that the terror of death, the feeling of utter helplessness in contemplating the cessation of existence as one knows it, provides the impetus driving members of a group or citizens of a nation to build up grandiose images of power at the expense of other groups or nations, to act on their projections and distortions, and to eventually attempt to eliminate “impure” and despised enemies.

The explanation set forth here provides a clear perspective concerning the underlying meaning of ethnic warfare and terrorism. It offers hope for the future, whereas theories proposing a death instinct or deterministic conception of man’s essential savagery may well provide a self-fulfilling prophecy.

I believe that with this understanding, rather than adopting a sectarian view, people could develop a humanistic, inclusive, worldview; an approach that respects and reveres life despite the limitation in time. I have found that those willing to face existential issues of deterioration, dying, and death rather than living a life of denial, experience richer, fuller, more meaningful lives, and are less likely to infringe on the rights of others. They have a sense that all human beings are fragile, that life is precious, and that we are all in the same predicament. 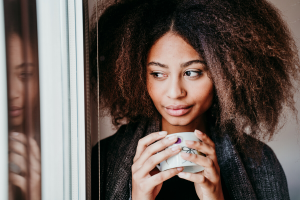 Creating Order in an Upside-Down World
April 7, 2020
In the past, staying at home was a privilege, a day off, a stay-cation or just an opportunity to relax.…

Why We Lost a Lovable Genius: The Hidden Enemy in Suicide
August 14, 2014
I’ve spent 30 years working in the field of suicide prevention. Still, it never gets easier or less shocking to process a… 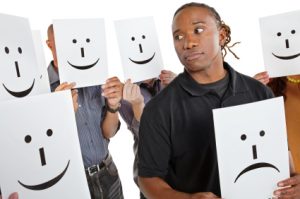