Review: A Psychological Look at Crime and Punishment

A PsychAlive Reader’s Personal Journey Through a Literary Classic:

My mother was a temperamental personality. One day she would smother me with kisses and hugs, and the next day she would assail me with utter condemnation. As I slowly grew conscious of her bipolar and explosive persona, I started feeling the need to conceal it from the public. I remember feeling humiliated whenever her temperament would become the center of attention outside my immediate family. As a result, I developed a mindset that doomed any sort of emotional display as a contemptible sign of weakness and immaturity. According to that mindset, if I wanted to become a decent and composed individual, I would have to get a hold of—or even eliminate—my own emotions.

Fyodor Dostoevsky’s classic novel Crime and Punishment focuses on a young man, who after being forced to drop out his studies due to his poor financial situation, he decides to murder a corrupt pawnbroker for her money. The story takes place at some point during the second half of the 18th century in St Petersburg, a place and time where poverty, prostitution and alcoholism were strongly manifested.  Dostoevsky manages to provide the reader with a very well rounded portrayal of the complex psychological and mental state of the criminal’s mind, by taking us through his actions, his interactions with other people and his inner monologues and rants during his frantic walks in the streets of St Petersburg.

From the way I construed the novel, the main struggle that Rodion Romanovich Raskolnikov—the protagonist—faces, is his rebuttal to relate to people. He appears to loathe human nature, and sees human struggles as pitiful and repugnant. Though he displays rare generosity and pity towards certain individuals throughout the story, he does so from an alienated and derisive stance. Although his overall mental instability and absurd decision making drove me mad while reading this novel, I was disturbed to find myself concerned about the main character’s fate. His constant alienation from society caused me pain, and made me think about my own form of alienation that I had undergone, by denouncing my own feelings on a regular basis.

At some point in the novel, Raskolnikov actually expresses the idea that humans are separated in two categories: the “ordinary” and the “extraordinary”. According to that theory, when an individual such as Napoleon—the primary example he refers to as an “extraordinary” person —is working towards a higher cause, laws that apply to other people, do not apply to him/her. After getting to know the main character, it appears to me, that the real reason behind his violent crime is to verify that he belongs to the “extraordinary” category. If he manages to stay composed and avoid punishment for his crime, it will suggest that the standard laws do not apply to him, and thus, he is of the “extraordinary” kind.

Raskolnikov however, does not manage to stay composed following his crime. Intense anguish and an overwhelming feeling of guilt slowly catch up with him, to the point where he is forced to confess, in order to relieve himself from the torment that is afflicted on him by his own conscience. Therefore, he falls a victim of what he has been struggling to distance himself from; his own emotions. Initially, his failure to establish himself in the same category as Napoleon shatters his confidence, and he seems completely resigned from his life. In the end, however, Raskolnikov goes through a crucial transformation, where he embraces his human nature and allows himself to accept and experience his own feelings. As a result, despite the dark nature of the novel and the violent crime that the main character commits, Dostoevsky leaves us at last with an optimistic outlook, as the tormented Raskolnikov finally reaches some sort of internal serenity.

Dostoevsky does an excellent job of manipulating the reader into caring for the main character and even identifying with him, in spite of his mental instability and the dreadful nature of his crime. As a person who has always strived to distance myself from emotional displays throughout my adolescence and early adulthood, I related a lot with the protagonist’s internal struggle, and I felt especially relieved during his transformation. To me, this novel highlights the importance of accepting and understanding our feelings, and underlines the danger of trying to walk away from them.

Have a personal story or review you’d like to share with PsychAlive?  E-mail us at [email protected] We welcome your submissions!

Recovering from the Trauma of this Past Year
Tags: PsychAlive Reviews

I loved reading the article,it renders us to introspect ourselves, at times we are ineffectual to understand our conduct,behaviour and may fall pray to dismay and trepidation which paves a way to melancholy,hopelessness and cause of our sorrow.Mind is a realm for infinite convolutions and makes us more intrigued to search for answers as man is inquisitive by nature.

I believe the novel was set in the 19thCentury (post Napoleon). The author needs to change the century designated as “18thCentury” at the beginning of the discussion. 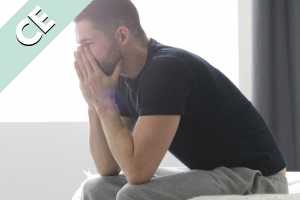 The Voice of Addiction

Psychalive - Psychology for Everyday Life
The Latest How Focusing on the Bigger Picture Can Help Your Relationship Every relationship has its ups and downs. 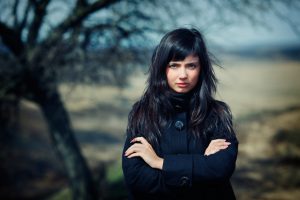 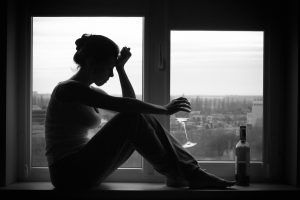 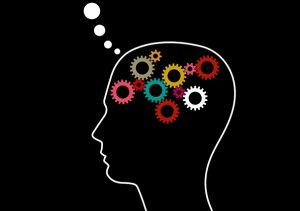 What is Mindsight? by Daniel Siegel, M.D.
March 5, 2010
An Excerpt from Dr. Daniel Siegel’s New Book Mindsight: The New Science of Personal Transformation. Diving into the Sea Inside…