The Dharma of Politics

Self Development By Marjorie Schuman, Ph.D. 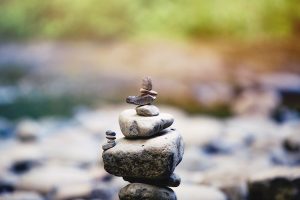 The first noble truth the Buddha taught was that disease, aging and death are unavoidable forms of suffering (dukkha) which afflict all creatures.  We see analogous events in the body of the planet, where events such as volcanic eruptions,  earthquakes, and fires can erupt without warning.    So, too, the social body is afflicted with its own forms of dis-ease;  violence which breaks out in the form of social disorder, injustice, and war. Entropy prevails. We are wise to remember that this has been true in every known human society beginning with tribal groups. It seems especially true now in the globalized and highly interconnected cyber-world in which we are living.

What follows are some of my reflections in regard to how to engage dharma practice with the current political situation. It has been abundantly clear in my own social circle –as well as  experiences shared by patients in my psychotherapy practice — that the presidential election posed (and continues to pose) daunting challenges to equanimity. Many have complained of changes in mood arising in phase with news cycles. Making matters worse, political differences have sometimes become contentious between friends and family members. There is even a name for it:  Election Stress Disorder.

Even though the election is over,  political events remain quite worrisome to many people, and I think it is incumbent upon all of us to inquire deeply about what lessons should be taken from it all.   Adding a bit of levity, I call this inquiry “Practicing With Trump”. Though the phrase is somewhat tongue in cheek, I do however think that this is important arena for dharma practice.

Here are some relevant considerations:

Wake-up Call: Many people are feeling grief, sadness, fear, and/or anger in regard to the new political realities.  The particular form of dukkha varies from person to person with differences in circumstances – to cite just a few examples known personally to me, the situation looks different to a young Hispanic woman who fears that her parents may be deported, to a Muslim woman whose daughter has been harassed by classmates at school, and to a Jewish patient who lost family in the holocaust and who fears the possibility that Hitler could rise again.

Whatever the particular social and emotional challenges,   I think the ‘bottom line’ in practicing with Trump is to use our emotions as a wake-up call to engage in social action.

Contemplating Greed, Hatred, and Delusion in the Social Arena: These political times provide ample opportunity to see the  ‘three poisons’ of Buddhadharma– greed, hatred, and delusion– in action.  This is heart of the danger, I feel, that Trump represents.  To be awake as Americans means to face the oppressions inherent in the unequal distribution of wealth.  It also means to examine a culture which promotes the life styles of the rich and famous and which all too often ignores the misfortunes and problems of those who are struggling.

Staying in the Moment: One of the greatest challenges is to avoid drawing conclusions which reify our fears. It is important to bring the mind back to ‘what is so’ and to rest in not knowing in preference to leaping ahead into the unknown future.

On the other hand, there may be risk, too, on the other side of fear.   It is important not to engage in ‘spiritual bypasses’ in the effort to remain open-minded;  important not to drift into denial, or to paste a happy face over ominous signs of fascist trends in American culture.

[Looking for the middle way!]

Labelling and ‘Othering’: One of most malignant aspects of the polarization in our culture is the concept of ‘us’ vs. ‘them’.   Important to cultivate compassion for them,  and to keep looking for our common humanity.

[Trump voters, just like me, want to be happy and safe from dangers. ]

Wise Action: As many people have been acknowledging, this election needs to be a call to action;  to strong resistance of the regressive elements in our society and in pursuit of what we value.

To remain cognizant of what I value, I remind myself to evaluate what I say and do against the basic question “what result is this likely to produce, and is it in accord with my highest values?”

Empathy and Compassion: Easy to send metta to Hillary and Barack.  Can we stretch our empathy and compassion to include Donald?

It is easy to see Trump’s egocentrism and ‘malignant narcissism’.   The destructive expression of those traits  can be seen in his reactivity to insult (‘narcissistic injury’ ) as well as in his need to be superior at the expense of others: racism, misogyny, and bullying at the cultural level.

My therapist self reminds me that underlying narcissism there is always a great unmet need to be loved.  Trump is driven by his need to be a hero as well as by his huge need (the hugest!) to be seen. Donald basks in the immense admiration of millions of followers, and they in turn feed off the power of their idol.

With a narcissistic patient, I would look for healthy areas of ego function that I could support,  ways to help channel narcissistic motivation into constructive action.   Are there ways to do that in the political arena?  Can I find ways to support Donald Trump that are in accord with my values?

Finding The Wisdom: What is good and bad, ultimately? Is there really any way to demark them as separate? Are they not only different degrees of the same?

I am reminded of an old Taoist parable about the farmer whose only possession of any worth was the horse he used to work the fields.  One day, as the story goes,  the horse ran away.

The farmer’s wife and son were distraught. Upon hearing the news, his neighbors came to visit. “This is terrible”, they said.

The farmer mused “is this good, or is it bad?  We shall have to wait and see”.

Several days later, the farmer’s horse returned, leading a whole herd of wild horses into his corral. The farmer’s wife and son were ecstatic. “How wonderful,” the neighbor said. “Now you are the richest man in the village”.

The farmer once more mused, “Is this is good or is it bad? We shall have to wait and see.”

The following day, the farmer’s son tried to ride one of the wild horses, was thrown and broke his leg. This was a seeming catastrophe. How could the farmer survive without the help of his son. “This is awful”, everyone agreed. “Such a great misfortune”.

“Is this good, or is it bad? We shall have to wait and see”, the farmer said resignedly.

As the shaggy dog story goes on, war soon broke out. All the young men in the village were drafted into the army, save the son with the broken leg. His broken leg turned out to be not such a terrible event after all!

This lesson was illustrated in a well-known Star Trek episode in which Captain Kirk and friends encountered a powerful and evil being on another planet who posed the threat of annihilation.   Just in the nick of time,  the ‘good guys’ woke up to the reality that the adversary was being fueled by the energy of their own fears.  The true enemy was their own fear!

To live wisely with the devils that we encounter, we must first look for ways that we are reifying circumstances or that our reactivity may be contributing to the very outcomes we most fear.

What I hope: Perhaps in the absence of the obstructionist stalemate that has made our government so dysfunctional since the election of Obama, something will now break loose. Something important in the collective psyche has emerged for recognition:  apparently millions of our fellow citizens have been feeling very disenfranchised.   Now that the social fracture between Red and Blue factions in our society has made itself painfully clear, perhaps we can find creative ways to respond to and heal it.  Perhaps through our willingness to look for the opportunities in this apparent catastrophe, something new may yet emerge?

We shall have to wait and see. 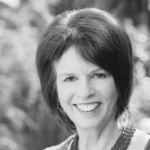 Marjorie Schuman, Ph.D.  is a licensed clinical psychologist specializing in mindfulness-informed psychodynamic/ relational psychotherapy. Currently in private practice in Santa Barbara,  Dr. Schuman is also a psychoanalyst and faculty of the Los Angeles Institute and Society for Psychoanalytic Studies. She co-founded The Center for Mindfulness and Psychotherapy in Santa Monica.

Dr. Schuman is the author of Mindfulness-Informed Relational Psychotherapy and Psychoanalysis: Inquiring Deeply, forthcoming from Routledge Press in January 2017.

I feel no grief, sadness or anger about the way the election turned out. I am overjoyed, hopeful and optimistic for the first time in at least 8 years. I hope Trump will turn out to be one of America’s greatest presidents and wish the art community, the bubble world of the university and the media monsters would stop the negativity pump and pay attention to reality and what the American people want instead of spinning stupid nonsense in order to remain in control of weak-brained peoples’ lives and thoughts. Pull your dopey heads out and live life without dread and without someone else interpreting it for you.

Thank you so much for your article about dealing with Trump. I’ve been in practice for thirty years and can’t recall a more difficult few weeks post election in November. My own fear and dread were ghosts in the room while trying to help my patients cope with their own. Your parable of the farmer and his family has given me a direction to go in.

Thanks. I will continue to look for your articles on this website. Happy New Year to us all, (even Trump).

Indeed, if we are to keep our politics and religion out of our practices, we are tasked with practicing what we preach. As you say, “One of most malignant aspects of the polarization in our culture is the concept of ‘us’ vs. ‘them’. Important to cultivate compassion for them, and to keep looking for our common humanity.
Trump voters, just like me, want to be happy and safe from dangers.
YES, I believe they do. Now let’s all roll up our sleeves and become the “heroes” we need.

The Dharma of Politics
The first noble truth the Buddha taught was that disease, aging and death are unavoidable forms of suffering (dukkha) which…

Seeking Sanity During National Eating Disorders Week
February 28, 2017
Would you rather be sane and satiated or dieting and deprived? The answer seems obvious, but we live in an… 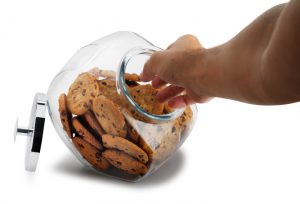 Self-Control May Be a Key Factor to Success
May 10, 2011
The age-old expression “Good things come to those who wait,” seems to hold true even in scientific research. However, “good…