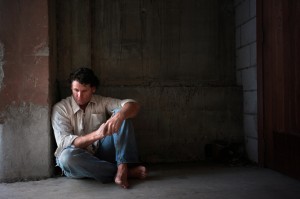 Suicide has been recently described as an “epidemic.” With tragedies associated with the current financial crisis and the increasing suicide rate of military personnel, a need clearly exists for more extensive training in the management and treatment of suicidal clients. It is the most common clinical emergency therapists face, yet many do not receive formal training.

What goes on in the mind of a person in the time leading up to his suicide attempt often sounds similar to this: “If you don’t matter, what does matter? Nothing matters. What are you waking up for? It’s so agonizing to wake up in the morning, why bother doing it? End it. Just end it.”

These words provide a window into the thoughts or critical inner voices that drive self-destructive behavior. We can all learn from people who survive their suicide attempts. We can come to identify specific self-destructive behaviors that the person is engaging in, which we know from our research are dictated by a critical inner voice. In an effort to increase awareness, I’ve highlighted the following warning signs and examples of the accompanying inner voices:

Disrupted sleep. Often people who commit suicide have not slept for weeks at a time.

Isolation. The person will start pushing away her friends, wanting to be alone. If the person is pulling away from you, don’t just take it as a personal rejection. Look for evidence of her connections to other people-is she pulling away from everyone? She may think: “Be by yourself. You’re miserable company anyway. Who’d want to be with you?”

Loss of interest. Is he giving up the activities that used to matter to him, that used to be part of his identity? He might think: “What’s the use? Your grades don’t matter any more. Why bother even trying? Nothing matters anyway.”

Extreme self-denial, lack of pleasure. People at risk often lose the ability to find any pleasure in life. When they feel like giving up on themselves, they start to give up on other things. “You’re too young and inexperienced to apply for this job.” “You’re too shy to make new friends.” “Why go on this trip? It’ll be such a hassle.”

Extreme self-hatred. When a person becomes involved in a downward spiral of self-destruction their thoughts become self-hating, creating psychological pain and agitation. The inner voice makes attacks: “You idiot! You creep! You’re worthless.”

Not belonging. The person may express feelings and thoughts that no one cares or that she doesn’t fit in. These thoughts may be distorted, not representing what others really think of the individual. As one woman describes it, she believed that her family didn’t love her, that her friends didn’t care, that she was different and no one could understand her experience: “Why couldn’t my own family love me? I’m not like them. They would never understand.”

A burden to others. The person perceives the world through a negative filter. For example, a young man diagnosed with bipolar disorder, which is associated with suicide risk, described how he felt like a burden to his friends and family: “What’s wrong with you? Look at all this trouble you’re causing your family and friends. Why don’t you stop bothering them?”

Positive mood change. Just before a suicide attempt, when the individual has made the decision to kill herself, she may appear much calmer, happier and more relaxed. That’s because she is no longer in turmoil. Suicide seems like the “perfect solution.” As one survivor remembers: “Got in the car, elated, very happy because I was going to end the pain. I’m going to end the pain. I was going to go the bridge and I was going to jump.” Often, family and friends become less worried about the person at risk. It is important to notice these mood shifts and not to be fooled by them.

Suicidal talk. When family shows concern, the person may quickly deny that he is in distress. He is clearly ambivalent about wanting to be stopped. If he makes actual statements or alludes to suicide, TAKE IT SERIOUSLY. It is much better to overreact and get help than to underreact and lose the person.

Dr. Carol Gilligan, in this clip from our exclusive interview series, describes how neglecting to pay attention to girls expressing their depression and concerns can lead to suicidal acts.

IF YOU OR SOMEONE YOU KNOW IS IN CRISIS OR IN NEED OF IMMEDIATE HELP, CALL 1-800-273-TALK (8255).
This is a free hotline available 24 hours a day to anyone in emotional distress or suicidal crisis.

I think too often people hurt others either without caring about the consequences or being unaware of them. My brother and stepdaughter have been informed that I have dementia and neither cares. I paid $1500 to get my SD OUT OF PRISON, AND PUT MY BROTHER UP WHEN NO ONE ELSE WOULD, YET NEITHER GIVES A SHIT ABOUT ME. 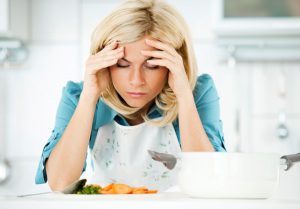 6 Things You Should Know About Depression
October 4, 2013
October is National Depression Screening Month. One in 10 Americans struggles with depression. A common misconception about depression is that…

A New Successful Approach to Anorexia Nervosa
November 16, 2010
Anorexia nervosa is a disease that frightens all who are affected by it.  To see a loved one actively wasting… 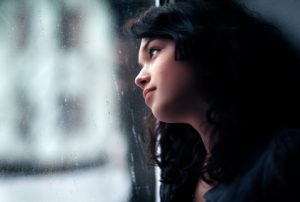 The Fantasy Bond or Primary Defense
March 6, 2018
This is the first in a series of blogs describing my theoretical approach known as Separation Theory. It represents an…