Advantages of Dating After 40 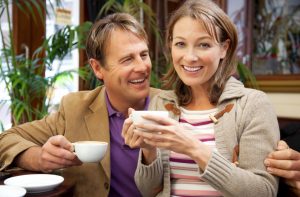 On Dec. 31, 2009, one day before the baby boomer generation turned 65, a New York Times article reported, “79 million baby boomers, about 26 percent of this country’s population, will be redefining what it means to be older.”

Today, in 2013, this statement may be proving to be true. The healthier, harder working and simply younger-seeming face of middle age and senior men and women is something worth acknowledging. And a generation that refuses to take on the stigmas of old age and give up vital aspects of themselves in the process? Well, that’s something worth celebrating.

One of the worst of these stigmas is that a person can be “too old to fall in love.” The 2009 census showed that of the 96 million Americans who are single, 17 percent of them are over 65. Imagine these 16.2 million people writing off the possibility of spending the rest of their days with someone they love. Then picture the millions more 40- and 50-something men and women who are buying into the belief that it’s just too late for them to be in a happy, fulfilling romantic relationship.

When it comes to dating later in life, the scene is far from hopeless. A 2003 AARP survey of 3,501 single men and women aged 40-69 showed that 63 percent were dating. An additional 13 percent wanted to find a date, while 14 percent were interested “if the right person happens to come along.” Almost half of those surveyed stated that their main reason for dating was “to have someone to talk to or do things with.” Companionship is incredibly important at every age. The better we know ourselves, the better able we are to choose partners who complement us and enhance our daily lives. Thus, there are certain real advantages of dating after 40, 50, or any age in which you are able and willing to reflect on your years of experience and genuinely learn from your past.

One benefit of dating after 40 is that by this age, most of us have had a variety of experiences in at least one serious relationship. This gives us the opportunity to reflect on our patterns. We can think about the people we have chosen and question the traits we are looking for. We often wind up with the same kind of partner in the same kind of relationship — without even realizing how we got there. An important concept to keep in mind when dating is that we aren’t always attracted for the right reasons. Relationships tend to fail when we seek out and pair up with people whose defenses and negative characteristics perfectly complement our own.

When it comes to pursuing a romantic relationship, we don’t have to act automatically or get stuck in old patterns. We can resist falling into a relationship based on form or familiar dynamics, choosing a real connection over what my father psychologist and author Robert Firestone refers to as a fantasy bond, an illusion of fusion in which two people seek a feeling of safety and familiarity by choosing people who fit with old identities. Couples in a fantasy bond tend to merge their identities, relating as a unit instead of two independent individuals

By understanding our history, we can make a conscious effort to make different choices, to look for new kinds of partners, and to challenge destructive tendencies in ourselves. It’s no wonder that in the same AARP survey both men and women listed their biggest romantic frustration as “dating people with a lot of baggage.” The more we are willing to look into our own emotional baggage and uncover our real selves, the more successful we will be in our intimate relationships.

As we get to know ourselves, we are certain to find out things we don’t necessarily like that hurt us in past relationships. Clients of mine often recognize in retrospect ways they were overly controlling, jealous, passive, or victimized in their marriage or a serious relationship. They’ve also learned a great deal about the people they’ve chosen. Many of us tend to be drawn to partners who recreate familial dynamics from childhood. We may choose people who treat us in ways that were similar to how we were treated in our household. We may choose someone who doesn’t respect or acknowledge us or someone who is intrusive or demanding toward us. When we accept the fact that some of the people we’re attracted to aren’t always the ones who treat us the best, we are better able to be open to people who are different from our “type.”

A woman in her 50s realized that her whole life she’d only dated men who were unsuccessful, struggled financially, and who she somehow wound up supporting. This dynamic fit with her identity growing up: Her father had called her “the son he never had” and pressured her to become a self-reliant businesswoman. Meanwhile, he himself drove the family to bankruptcy with his own corrupt business practices. The woman’s feeling that she needed to “take care” of a man was deeply rooted in her past. When she finally dated a man who was self-sufficient and supported himself, she actually felt insecure, as though she were no longer needed. However, by becoming aware of this tendency in herself, she was able to break the pattern and achieved happiness in her relationship.

After seeking the same sort of partner for years, it can be difficult to tell if we are attracted to someone for the right or wrong reasons. One helpful approach is to enlist the help of friends. Another advantage of dating later in our lives is that, by now, we usually have at least a small network of solid, longtime friends who we really trust. Sometimes our friends are more aware of our negative tendencies than we are.

Try taking your friends’ advice on who you should date. If you’re looking into online dating, try going out with someone your friend suggests. Years ago, a friend of mine in her late 60s refused to go out with a highly interested bachelor she was introduced to on Match.com. She wrote him off as “too persistent, too formal,” and even “too old.” Eventually, she allowed another female friend of hers to talk her into accepting a date with the man. Despite her initial resistance, she couldn’t deny that her friend was right. The man made her laugh, made her happy, and she’s enjoyed her relationship with him ever since, experiencing more emotional closeness than ever before.

One downside of dating later in life is that we tend to use our negative past experiences to color our outlook on relationships in general. No matter how many “insensitive losers” we think we’ve dated, that does not mean every man or woman out there is another “insensitive loser” waiting to be unmasked. When we enter the dating world, we should expect to have countless “critical inner voices” toward ourselves and our potential partners. These negative thoughts may tell us we are too old or that it’s too late for us, that love is not for us, or that we are not attractive anymore. Our “voices” about our partner or potential partner may include thoughts like, “All the good ones are already taken,” or “There must be something wrong with him/her,” or “He/ She is only interested in you for security.”

These thoughts must be acknowledged and challenged whenever they arise. Don’t succumb to critical inner voices about yourself or the people who might make you happy. Don’t be quick to put yourself down or pick your partner apart. Instead, take chances and tune in to how you feel in your heart, instead of tuning in to the running analysis in your head. The online dating world in particular opens up the doorway to meet new people; however, be careful to avoid the allure of the critical voice telling you that there is always something better out there instead of making it work with someone who you could have a real connection with.

The best case scenario for any relationship is for two strong, independent people to get together and truly enjoy each other. When you date later in your life, you’re often forced to acknowledge that both you and your partner have your own separate, adult lives. You may even have two families, two sets of children, etc. You can use this reality to exercise respect and patience with each other as autonomous individuals. In this way, you can become close while maintaining your separate identity. While it may feel like there is more pressure to find someone the older you get, some of the pressure is actually off. You may no longer be feeling the societal pressures of looking for a spouse, having kids, or seeking financial support. Instead, you are simply looking for true companionship — someone who makes you happy, a person you enjoy spending your time with.

When we do find someone, it’s valuable to remember that all close relationships stir up existential fears. When we value another person, we value life more, and it becomes much more frightening to think of losing it. When we are older, more of these fears naturally tend to arise. Yet, we can use this reality to be even more present in the moment and to enjoy and appreciate the preciousness of the time we have with someone we care for. We can experience the real joys of life and uncover more aspects of ourselves.

Anxieties about getting older make it all too easy to succumb to the stereotype that love is for kids. It is neither foolish nor undignified to be in love at any age. Love actually helps us live longer. It brings us out of our shell. The part of us that wants to connect with someone else is always alive within us. It doesn’t burn out or fade away. The more we develop as individuals and discover new aspects of ourselves, the better able we are to be close to someone else. Because of this, it is truly never too late to fall in love.

Ways to Improve Your Relationship While Sheltering at Home
June 3, 2020
Just as it has with pretty much everything else in our lives, Covid-19 has had a significant impact on our relationships. Pair the novelty… 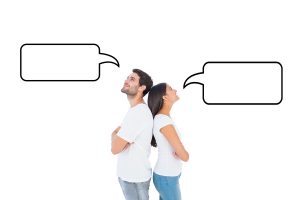 Can We Change in Our Relationships?
June 13, 2016
It’s possible to break free of bad habits when it comes to relationships. “Can a person really change?” This is… 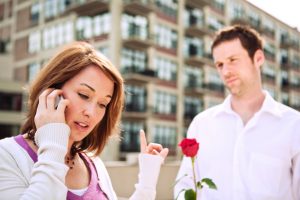 Why the Spark Fades in a Relationship
March 13, 2012
Countless couples complain of losing the “spark” in their relationship. Some chalk it up to evolved differences, a slow growing…