Why Men Are Resistant to Therapy

Self Development By Deryl Goldenberg, Ph.D. 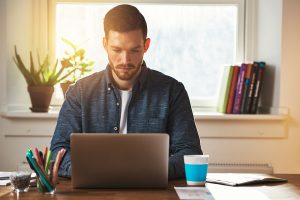 Over the years of working with men as a psychologist, I discovered that there is a big resistance for so many of them to talk personally about their struggles within their intimate  relationships and I have been investigating and exploring this subject for years.

There are plenty of stereotypes to go around when we bring up the subject of men talking about their feelings. However, the casual, often comical, rhetoric around the subject masks a real problem.  According to the American Psychological Association, “dozens of studies and surveys over the past several decades have shown that men of all ages and ethnicities are less likely than women to seek help for all sorts of problems–including depression, substance abuse and stressful life events–even though they encounter those problems at the same or greater rates as women.” Why are men unwilling to acknowledge that they have emotional or psychological problems?

The questions just build from there. Are men socialized or conditioned to believe that they never need help and can always solve there own personal problems? Why all the posturing and covering up of their worries, insecurities and personal hang-ups?  Why the need to present oneself as having it all “together” and “everything is cool/chill?”  Let’s back it up even further; why are men generally so unwilling to acknowledge to themselves that they may have a psychological problem?  Who doesn’t have some neurosis impacting their personal and work relationships?  Why does it feel like such a big deal to own up to these and deal with them?  What about a reverse perspective that says it ‘takes guts’ to acknowledge that you’re aware of your problems and willing to address them? Or that these are characteristics of courage and worthy of respect?

For many men, admitting to having a personality flaw (or two or three) can feel like admitting to having leprosy.  Such as it was for Vice Presidential nominee Thomas Eagleton under George McGovern ‘s presidency run in 1972.  Despite attempts to keep it under wraps, when it was revealed that he had bouts of depression throughout his life, Eagleton was forced to quit the race.  Throughout history, people in powerful leadership roles have tried to hide or downplay any signs of mental vulnerability. They go to great lengths to mask perceived physical or emotional “weakness” and show only strength. This was the case with John F. Kennedy, who had to manage crippling back pain with mega-doses of pain medication, and Franklin Roosevelt, who tried to cover up his polio.  And now we have a president who is so obviously troubled psychologically and insecure, but constantly covers it up with old school bravado.

Negative stereotypes about disclosing our vulnerabilities or our basic struggles as human beings have extended to issues of mental health.  For a long time, it was believed that therapy was only for the very disturbed and lost; drug addicts, the severely anxious and depressed, or mentally ill homeless men and women.  In truth, nearly one in five Americans suffers from mental illness. Every single one of us will face struggles that will shake us to our core. We would all do much better to take how we feel seriously, not just physically but emotionally. Nevertheless, these false ideas linger for many men and leave them resisting the help they need.

In my years of working with men in therapy, I’ve noticed that many of the fears and stereotypes they’ve carried with them about therapy only dissolve when faced with the possibility of rejection, for example, when their spouse or partner threatens the end of a relationship.  When a romantic or sexual relationship is on the line, that can get the man’s attention, and his fear of loss will often drive him into therapy.

In this case, the threat of losing the relationship is like a wake-up call to avoid throwing their lives and emotions into upheaval.

For other men who’ve sought therapy, it was the loss of their sexual relationship that caused them significant concern.  While many men may initiate or accept a sexual rejection, allowing dullness and routine to take over, others are upset by the loss of the sexuality and take it as a ‘red flag.’ This can snap them out of their passivity and jumpstart them into seeking professional help.

Many of the men I’ve worked with have presented  themselves as hardheaded negotiators (treating their marriage like a business deal). They resisted taking action until they were threatened with foreclosure–the marriage ending. At that point, there was a flurry of activity, pleadings for a second chance, or even accepting the ominous choice of therapy.  For many of these men, it was only once they faced this life startling event like a spouse’s ultimatum, that they felt forced into a deeper emotional reality.

Once in therapy, the process of facing this sober reality – their partner’s deep dissatisfaction with the status quo – can stimulate the beginning of an exploration process of their inner life. This, most often, allows them to see more clearly and admit that they have been living in a troubled distant or dulled relationship.  The therapy process can help men become much more aware of themselves and how and why their partner may have been so dissatisfied. They begin to understand the missing emotional dimension in themselves and in their marriage and get some guidance and direction on how to address this problem.

Dan Siegel, psychiatrist and author of Mindsight, describes therapy in the following way:

[Therapy is] a kind of focused attention that allows us to see the internal workings of our own minds. It helps us to be aware of our mental processes without being swept away by them, enables us to get ourselves off the autopilot of ingrained behaviors and habitual responses, and moves us beyond the reactive emotional loops we all have a tendency to get trapped in.

This kind of therapy is definitely a different kind of learning and knowledge, not book or toolkit-based, but experiential and involving introspection. Diving into this process of self-reflection is a brave act that has countless benefits, not just in our personal relationships but our personal development in every area of our lives.  Any individual –man or woman –who seeks help with a personal struggle is taking a step away from the stigma and toward a stronger sense of self.

Deryl Goldenberg, PhD is a clinical psychologist in private practice in Santa Monica and Santa Barbara and has focused his work on Male Psychology and Couples Relationship issues for over 30 years.  To learn more about Dr. Goldenverg, visit his website or email him here.

Deryl Goldenberg, Ph.D. Deryl Goldenberg, Ph. D., is a clinical psychologist in private practice in Santa Monica and Santa Barbara California. He has focused his work on Male Psychology and Couples Relationship issues as well as families with over 30 years’ experience helping children/teens and their parents.  Dr. Goldenberg’s areas of expertise are in-depth individual and couples therapy and providing intervention services to children with emotional and developmental disorders.  To learn more about Dr. Goldenberg, visit www.drderylgoldenberg.com or email him here.

Hello
I was wondering if I could be told when this article was written as I wish to reference it during a presentation for my university.

Hello,
Is there a way to look at the sources cited within the work? I do not see them listed anywhere and that would be extremely helpful at the moment

Having experienced psychotherapists at work I’d have to. Say that the profession is populated with charlitains and fraud who really have no idea of what they are talking about. 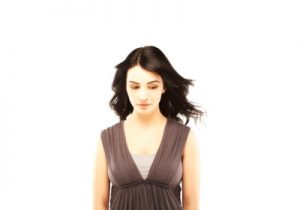 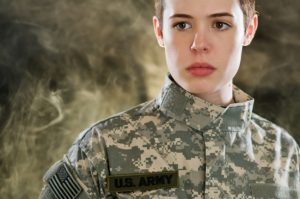 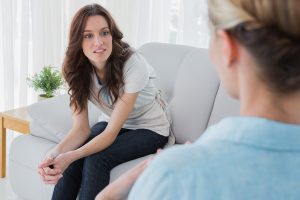 What Goes On in the Mind of Your Therapist?
March 28, 2017
As you sit in your therapy session, sifting through your own thoughts, do you ever wonder what your therapist is…