What Does It Mean to Be Feminine or Masculine? 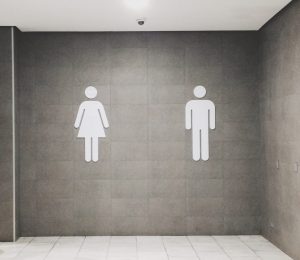 I do not know where the people who are asking these questions live. Clearly, there are very different attitudes about gender identity all over the world. To me, these are questions from people who are confused and struggling with what it means to be masculine and feminine. And I am sure this dilemma is shared by many people in the world today.

But what does it mean to be masculine or feminine?

Are there certain characteristics that are masculine and feminine? Are there neurological differences between men and women?

Neuroscientists have been researching distinguishers between male and female brains and trying to see if they translate into major differences between masculine and feminine traits. They have found a number of structural elements in the human brain that differ between males and females. For example, the right and left hemispheres of the male and female brains are not set up exactly the same way. Females tend to have verbal centers on both sides of the brain, while males tend to have verbal centers on only the left hemisphere. As a result, girls tend to have an advantage when it comes to discussing feelings and emotions, and they tend to have more interest in talking about them.

Researchers have also investigated the different chemical effects on the brain of testosterone in men and estrogen and progesterone in women. However, it seems that they have overstated the role of these chemicals on determining masculine and feminine characteristics and behaviors. For example, while testosterone is linked to aggression, it doesn’t offer a universal explanation for male behavior. In fact, everyone, regardless of sex, can be competitive or aggressive, but men and women in different cultures might have different ways of expressing those traits based on social norms.  A major takeaway of chemistry differences is simply that boys at times need different strategies for stress release than girls do.

Even though the differences between male and female brains show up all over the world, scientists have discovered exceptions to every so-called gender rule. In fact, it is unclear what the differences mean about how the brain works. Lise Eliot, a professor of neuroscience at the Chicago Medical School and the author of Pink Brain, Blue Brain, states, “People say men are from Mars and women are from Venus, but the brain is a unisex organ.” A recent study found that “averaged across many people, sex differences in brain structure do exist, but an individual brain is likely to be just that: individual, with a mix of features,” as New Scientist reported in 2015. In fact, a new review of 13 past studies that showed significant differences between male and female brains has found that many of those differences are far less pronounced than the earlier studies implied.

Are differences between men and women merely cultural? And if they are, do they stereotype the sexes and thereby do an injustice to each of us as a distinctive individual?

Because we are a social animal and our brains are formed within a culture, our way of viewing ourselves as men and women is imprinted by the cultural environment we grew up in. The cultural definitions of which traits are appropriate for men and women influence the personality characteristics that boys and girls develop. The cultural views of behavioral differences between men and women continue to be reinforced in our adult lives. A few of the common assumptions about male and female behavior are:

Most of these stereotypes put men and women on opposing sides and are downright disrespectful of both genders. The fact that society supports these biases strengthens them but it does not make them accurate.

Men and women are more alike than they are different

Physically, men and women do fall into very distinct categories in physical categories like height and waist-to-hip ratio. But psychologically, not so much. For 122 different characteristics, from empathy to sexuality to science inclination to extroversion, a statistical analysis of 13,301 individuals did not reveal any distinct differences between men and women. They consistently overlapped in attitudes and traits like empathy, fear of success and mate selection, indicating that sex differences are not categorical, but more a matter of degree.

Research shows that the “Big Five” personality traits of psychology — openness, conscientiousness, extraversion, agreeableness and neuroticism— do not categorically vary between men and women. Contrary to stereotypes, women were not found to be significantly more intimate in their relationships, and science inclination did not overwhelmingly favor men. And masculinity and femininity, the study found, “are not all-or-nothing traits…they are truly a continuum.”

How does a person live within a culture that espouses to specific views of masculinity and femininity?

Getting back to the original questions, I think that it is harmful to think of yourself in terms of being masculine and feminine. As the above research indicates, these are arbitrary and artificial distinctions. We all have traits that would be considered masculine and feminine. And we all know men who are nurturing and sensitive to children and women who are ambitious and aggressive in business. Any stereotypic views of what it means to be a man or a woman are limiting and hurtful to the individual. They are especially damaging in a romantic relationship.

The cultural expectations came about naturally due to the size and strength differential between men and women, and the division of labor for the tasks they were responsible for. For example, childcare and homemaking were more suitable for women while hunting and physical labor were more suitable for men. Even though our societies have evolved and those tasks no longer define our roles in life, those roles still exist in our society to varying degrees.

It is helpful to understand this discrepency when you live in a culture that has definite expectations about feminity and masculinity. You can stop attacking yourself for not fitting into these catagorizations. You can come to accept yourself with all of your different characteristics and personality traits, be they passive and aggressive, strong and gentle, outspoken and soft spoken. You can accept your partner’s qualities, as well. A romantic relationship is a partnership between two individuals and the unique personality traits that they each bring to it.

More important, there are fundamental values we share as human beings, regardless of our gender. In his book, Beyond Death Anxiety, Robert Firestone writes that these are “the ability to love and to feel compassion for self and others, the capacity for abstract reasoning and creativity, the ability to experience deep emotion, the desire for social affiliation, the ability to set goals and develop strategies to accomplish them, an awareness of existential concerns, the potential to experience the sacredness and mystery of life, and the search for meaning.”

How to Not Feel Let Down This Valentine’s Day
January 28, 2015
When I think of Valentine’s Day, I inevitably think of February 15. That’s the day that people come in to… 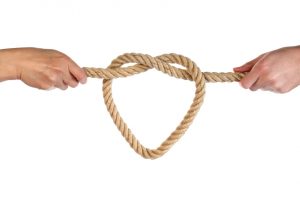 As Long As We Both Shall Live: Creating a Mindful Marriage
October 10, 2013
“I, Take you, To be my (wife/husband); To have and to hold, From this day forward, For better, for worse,… 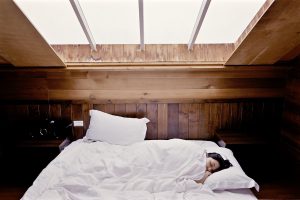 How to Get Over a Breakup
February 14, 2017
“Someday you’re gonna look back on this moment of your life as such a sweet time of grieving. You’ll see…