Lisa Firestone:      In your new book (The Polarized Mind) you talk about how people become polarized, and I wonder if you could talk about that a little bit, what you mean by the polarized mind.

Kirk Schneider:              Polarization is the fixation on a single point of view to the utter exclusion of competing points of view.  And for me, what I’ve come around to is that that is possibly the core problem, I call it a plague, a psychological plague of humanity.  And it gets repeated over and over again through history and in our contemporary lives.  And I think you also see the relevance to psychotherapy, to psychological breakdown — individual breakdown as well as cultural breakdown.

When a culture or an individual gets to a place that they so identify with one single view, it’s a recipe for either a breakdown or a tyranny of some kind.  And the tyranny can be cultural, it can manifest in wars, in ethnic hatreds, is us-them religion, many manifestations.  But it can also manifest in the individual’s life – grandiosity, narcissism, designing one’s whole life around avoiding fragility and smallness, which is our birth rite, it’s inherent to living, it seems to me.  It’s cutting off the paradoxes of our lives and, again, I feel like we’re born into paradox.  We’re food for worms and soaring angels at the same time.  That’s our crazy condition. And if you cut off one or the other, you’ve lopped off a vital organ, a vital piece of your humanity.

What I’ve seen in this book, what I look at is the power centers and their leaders beginning right from the earliest writings in Babylon — have become polarized.  I’ve really scrutinized this from an existential point of view.  And there’s been a lot of works about extremism, fascism, polarization from economic points of view, from evolutionary theory, from biological determinism.

It seems to me existential, basic existential conflicts have not been in the conversation nearly enough.  And I have a sense that they’re, if they’re not the core, they’re at the core of the problem, that the ultimate substrates of that kind of extremism, that fixation, is a sense of insignificance, it’s a sense of cosmic helplessness.  And you see in the leaders of these cultures and the cultures themselves, there’s this kind of perfect storm where there are parallel paths. The culture has been brutally wounded.

Of course, Hitler and the Nazis are probably the classic example.  Culture has taken a body blow.  For example, the crashing of the German culture after World War I, the skyrocketing inflation, the humiliation, the ridicule by the acts of the Allied Powers toward them, the devastation at the Treaty of Versailles, where they get nothing, basically.  And a culture coming from a pretty proud place, you know the fall is longer, deeper I should say.

Hitler as a kid, from everything I’ve read anyway, was brutalized.  (His) father was as cold a bastard as one could be, it seems to me.  You talk about narcissistic parenting, you know, if Hitler didn’t tow the line, he’d be slugged, he’d be smashed to the ground, he’d be humiliated; total emotional coldness in the family upbringing.

I mean, Alice Miller has pointed out a number of these problems, actually in the German culture as well.  This was maybe a kind of exaggeration of some of the very strict, rather aloof parenting practices that were in the culture.  And that may have also contributed to this growing need, this desperate need to design one’s entire cultural and individual life style around avoiding a sense of invisibility before life, before existence.  An entire world design to avoid a realization that at some level, we’re nothing.  We’re decaying.  We’re a speck.

So you can see this in a number of the brutal leaders and brutal cultures through history and different circumstances.  Sometimes the circumstances are more geographical or geological, prompt a culture to avoid a sense of vulnerability to that, build all kinds of defenses.  Ernest Becker would call them immortality projects.  He’s a great inspiration for that work as well.  And right up to our own times.

I think we see it manifest after 9/11, when, instead of taking some time to reassess and grapple with the fuller circumstances of that horrific event – and I’m not denying that it was horrific – we immediately closed ranks, and immediately went for the military option and the whole country or much of the country got swept up in that.  There were very few discussions about vulnerability at that point, it seems to me.  A lot of discussions about big guns and shock and awe in that military sense.  Not much discussion about complexity of the situation.  Not much therapeutic discussion.

And, yes, I guess I am unabashedly calling for a more therapeutic culture, for a culture that provides more helpful witnesses.  It would have been nice if some of the political leaders could have been, you know, more like a Rollo May or, you know, a seasoned therapist, a depth therapist who would call for some reassessment, reflection on the layers of issues involved in that event, in addition to protecting ourselves — I wouldn’t deny that there’s a place for protection.  But this seemed to me to be reverse of protection in some ways, this was all out aggression.

So, one of the things that I discovered in this book is that without intervention, again, that crucial decision point where one is crushed by the trauma without the intervention, one either collapses into impotency or inflates that kind of tyranny, often. And, in both cases, there’s very little ability to stay present to the fuller circumstance and to try to orient oneself to how do we proceed in a more whole-bodied way, more whole-bodied experience.  What can we learn from the circumstance, too?  The second half of the book is devoted to some steps we can take, perhaps, to address this problem. 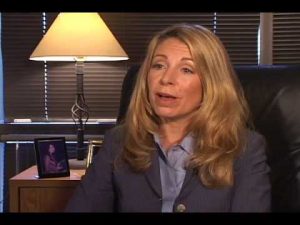 How We Learn to Relate
November 14, 2009
What causes us to act the way we do in our relationships? Why do the words that come out of… 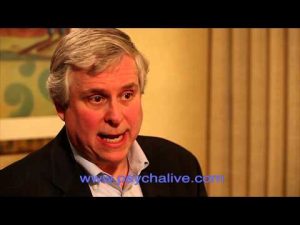 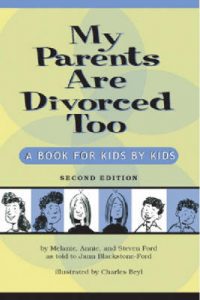 My Parents Are Divorced Too
November 11, 2009
A Book for Kids by Kids. By Melanie, Annie and Stephen Ford as told to Jan Blackstone-Ford. Finally a book…