VIDEO: Dr. Kirk Schneider on Modern Culture and The Experience of Awe

Dr. Kirk Schneider – Modern Culture and The Experience of Awe

Lisa Firestone:      When you were talking about our fast paced society and I really thought about how that affects children, too, that children are put under so much pressure these days, and not only just pressure in school but rushed from activity to activity and you’re almost a better parent if you take them to more activities. But in a sense, in my opinion, is that that interferes with them developing presence and real appreciation as do all the devices that are in their lives at such an early age.

Kirk Schneider:       And again, what is it in the service of, you know, what is driving them from activity to activity in the service of?  Too often, it’s in the service of making them into good little students who will get into that correct college or school or what have you. That is a very admirable aim but doesn’t it get a little obsessive sometimes?

I mean maybe they’ll get into those places more organically, too, through developing more of an inner life and having more time to appreciate things, to be in dialogue, rich conversation, to reflect, be creative.  One of the, I guess you could say, advantages — many people would also say probably, sadnesses — of my life and it was mixed, was that I was alone a lot after my brother died.  And, alone in my room and in a way it was an impetus to take off with my imagination.

So I started playing and creating a lot of different games, like even movie sets, plays, stories.  Some of that was sparked from those weird films that I saw.  But all of that gets going and it was supported in our home.  Yeah, it’s not only taking the kid from activity to activity — it’s a kind of insulating that a lot of the kids get burdened with today.  And I feel mixed about this because I think my wife and I, to some degree, have participated in it, partly being a product of this contemporary civilization.

When I was a kid, come home at night, join – I’m talking more of a team – join other kids on the street, we played cops and robbers – talk about awe.  Cops and robbers, a couple of kids guarding the garage was the jail.  Five, six kids scattering out into the neighborhood and a couple of other kids, the cops, searching for those kids.  And you had to tag them and they go into the jail.  What great fun that I had in the mysterious night and the dark.  Scary.  A lot of fun, hiding in alley ways and people’s back yards, kind of forested areas, not being able to see much at all.  Scary, but fun.

Activating the imagination.  You know, tales to tell with your friends.  Or we’d be outside, you know, playing football or baseball on any given afternoon — just pickup games and that kind of thing.  Seems a lot more controlled now.  And again, I stand as accused to some degree because I’ve been caught up in that culture.

Maybe it’s more a culture of fear.  We don’t let our kids go enough to find out for themselves about the awesome world.  I tried to correct that a little bit, as I say, with some of these adventures that we’d go on and, you know, really emphasizing the earthy.  But I’m concerned as to what that kind of manicured existence is going to bring for kids.  And it goes right, again, in tandem with the “technica-zation” of life.

I mean, I think it’s probably, it’s hyperbole, it’s exaggeration, to quote my mentor again, Rollo May, who is getting more and more concerned about the standardization of psychotherapy and the mechanization of psychotherapy, who said, “If this keeps up, pretty soon we’re all going to be pushing buttons and pulling levers.”  I mean, that’s the ultimate nightmare, you know, where human become robotic, human/robotic meld more and more.

I mean, that’s happening in a very real medical and physical way, too.  As people, you know, adopt robotics as part of their healing process, genetic engineering, nano-technology; these things are going to change the image and definition of what it means to be human.  I’m very wary about it, very concerned about it.

But, on the other hand, I do have to say something for my son who does challenge me like most of the younger generation challenges the older generation.  You know, “Oh dad, you get too obsessed with that stuff.  You don’t really understand. And I don’t think it’s quite as dangerous as you fear.”  And you know, there’s a lot more to the kind of interactions and communalism that kids are involved with than maybe you see.  I grant all that.  And he has his other moments where he’s really wondering himself, too. 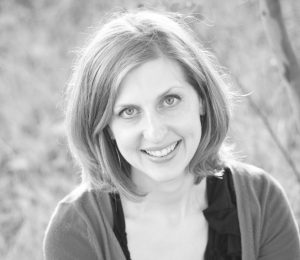 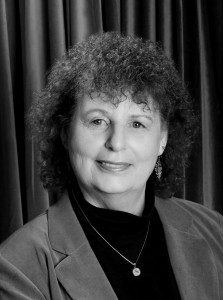