Dr. John C. Norcross discusses specific practices and psychological tests that do not work in psychotherapy.

LF:      So we’ve talked a lot about what works in psychotherapy.  But can you say a little bit about what doesn’t?

JN:      Sure.  We’ve been doing research over the last 10 or 15 years, trying to complement what works with identifying a consensus of what doesn’t.  And most of this research has been done with Dr. Jerry Coucher.  And the thought is, we always will not be agreeing on what works.  We have different theoretical lenses, different client goals.  And how we interpret the research, obviously, will differ.

So we were having a conversation once and Jerry said, “You know, it may be important or more important to get people to stop doing what’s discredited rather than saying, ‘Just do this stuff because it has the most research.’ ”  And we said, “Well, that’s right.  We can be working on this at both ends.  Let’s use inclusively defined evidence based practices, while excluding the consensually identified discredited practices.”

So we have conducted now three Delphi polls among experts to identify what are the treatments, the psychological tests and the relation styles that are discredited, because we don’t want one or two people deciding this on the basis of their proclivities.  We’re trying to get the field to say, “These things don’t seem to work, at least for this purpose now, knowing this is a mature and evolving science.”

LF:      So what are the things that don’t work in terms of the treatment modalities?

JN:      Well, toward the top are things we all might start to giggle about.  Orgone Box, we cannot identify Orgone energy, as Wilhelm Reich would define it.  So sitting in a box and collecting it probably doesn’t make much sense.  Past Lives Therapy, the field believes, is discredited, as is Future Lives Therapy.  Treating people who claim to be abducted by aliens.  You know, a good scientist says, “Let’s keep an open mind,” but not our minds so open that our brains fall out here… so that’s probably Color Therapy, sleeping under pyramids.

We know some treatment methods are not only discredited according to the experts, but, also, now, considered illegal, for example, some of the holding therapies or rebirthing therapies.  So, Primal Scream Therapy or Hard Seminar Trainings.  Most of these don’t have sufficient research for us to evaluate.  But as a field, we can say, “These things are not based on good principles, and we regard them as discredited.”

LF:      And then, what relationship aspects have been discredited or don’t hold up?

JN:      Well, this is a fascinating area of inquiry, because we could just reverse all the things that work.  So we know empathy works, so we could say, unempathic therapists are less effective.  Well, we know that.  We know support works, so, an invalidating critical therapist doesn’t work.  But we wanted to go further than that.  So we scanned the research and conducted a new Delphi poll to try to identify exactly what relationship styles don’t work.  And, as a consensus perspective, there’s probably five or six of those.

One is confrontation.  Now, this is confrontation as a style, that’s what’s discredited, not occasionally offering negative feedback or an alternative view to a client.  But at least a dozen studies, especially in the addictions, find that a confrontive style tends not to work, leads to drop outs, and is contra-indicated.  And yet lots of people still use it and say, “Well, confrontation is good.”  No, you get bigger impact with fewer sessions using the motivational interviewing skills than confrontation.  So developing discrepancy, rolling with resistance, expressing empathy tends to work a lot better than confrontation.

Another discredited relationship style is negative hostile remarks from the therapist.  Now, we all get frustrated at times.  I have fantasies of reaching underneath my therapy chair, taking out a brick and smacking someone upside the head.  But we all need to find some self-soothing skills and thoughts to manage counter-transference.  And everybody will find their own way.  I work with my students to do that and it may be what’s irritating you is what’s irritating the rest of the world with this particular patient.  And they’re doing the best they can.  And even the root of psychopathology can be the source of success.  But those hostile, puerile remarks are really quite damaging to the relationship in treatment.

Another discredited behavior is, in the face of ruptures in the alliance, to sort of stick your head in the sand, ignore them and hope they go away.  Now I understand why people do this and earlier in my training, lord, I certainly did that.  But you see, there’s a tension rupture in the relationship and you decide, “Oh, I don’t want to go there.”  And yet, frequently, patients walk after that.

The groundbreaking research of Jeremy Saphrine and Chris Morant show that our patients experience lots of ruptures in psychotherapy.  It’s, everybody, virtually everybody experiences these.  It’s the skillful therapist who respectfully asks about them, deals with it in session, maybe accommodate, occasionally apologize, or treat it as a treatment matter.  You know, this is why they’re in therapy.  So we even have skill sequences now for how to address alliance ruptures.  Ignoring them largely doesn’t work.

So whether it’s psychological treatments, psychological tests or relationship behaviors, as a field, we can probably all agree that some things don’t work and avoiding those things that don’t work may be just as important as doing the things we’re pretty sure do work.

JN:      Oh, lots that I hope are largely gone.  The Blackie Test, a projective test given to kids based on the psycho-sexual stages. Poor Little Tippy and at a different age, all the family members are white.  These are dogs.  Tippy is literally the black sheep or the black dog.  We look back and we say, “Oooh, we missed that.”  There’s the Luscher Color Test, that your color preferences should determine your personality.  There are dozens.  You know, I could go on and on and have an entire presentation about this, through which I laugh, almost continuously.  But then, when I reflect, we could almost cry because it’s so sad that we’ve been using these.

LF:      Are there any that are still in use that you’re really concerned about?

JN:      Well, the Bender Gestalt, for example.  We used to call it a screener for neuropsychological deficits.  People literally with huge damage, can pass the Bender Gestalt.  And it’s not a particularly good indicator as a projective device either.  So, there’s lots of tests we still use that just don’t have the evidence, because many of us have been trained with them over the years.  So some, to be sure, as just outdated and we can look back.  But some are still being used.  So some historical humility and the recognition that in 30 years, maybe what we’re talking about will be outdated, can help us all be on the straight and narrow. 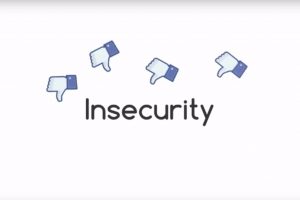 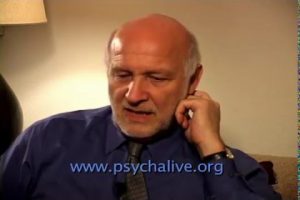 Toxic Relationships
Most people question, at one point or another, am I in a healthy relationship?

Injured, Not Broken: Why It’s So Hard to Know You Have CPTSD
When a child experiences neglect, anxiety, or danger repeatedly in a close relationship, that child often grows up with a… 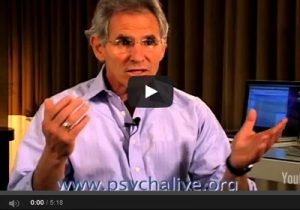 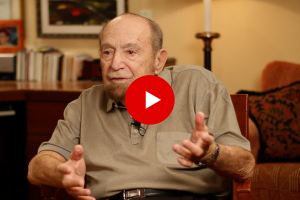 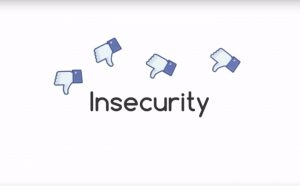