Making Sense of Your Past by Daniel Siegel, M.D. 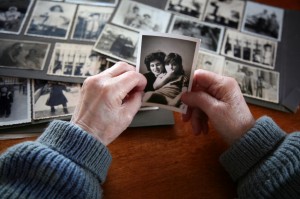 Why do we parent as we do? When researchers asked this question, they hypothesized— as many of us would— that it is the childhood experience of parents that predicts how they behave with their own children. This sounds plausible, but it turns out not to be quite right.

When I first heard about what the researchers actually found, it changed my life and my understanding of the life of the mind. The best predictor of a child’s security of attachment is not what happened to his parents as children, but rather how his parents made sense of those childhood experiences. And it turns out that by simply asking certain kinds of autobiographical questions, we can discover how people have made sense of their past— how their minds have shaped their memories of the past to explain who they are in the present. The way we feel about the past, our understanding of why people behaved as they did, the impact of those events on our development into adulthood— these are all the stuff of our life stories. The answers people give to these fundamental questions also reveal how this internal narrative— the story they tell themselves— may be limiting them in the present and may also be causing them to pass down to their children the same painful legacy that marred their own early days. If, for example, your parent had a rough childhood and was unable to make sense of what happened, he or she would be likely to pass on that harshness to you— and you, in turn, would be at risk for passing it along to your children. Yet parents who had a tough time in childhood but did make sense of those experiences were found to have children who were securely attached to them. They had stopped handing down the family legacy of nonsecure attachment.

I was excited by these ideas, but I also had questions: What does “making sense” really mean? How can we accomplish it, and how does it occur in the brain?

The key to making sense is what the researchers came to call a “life narrative”—the way we put our story into words to convey it to another person. How an adult told his or her story turned out to be highly revealing. For example, people who were securely attached tended to acknowledge both positive and negative aspects of their family experiences, and they were able to show how these experiences related to their later development. They could give a coherent account of their past and how they came to be who they are as adults. In contrast, people who had challenging childhood experiences often had a life narrative that was incoherent in the various ways I’ll describe in the following pages. The exceptions were people like Rebecca. Based on the facts of their early childhood, they would be expected to have an avoidant, ambivalent, or disorganized attachment as children and an incoherent life narrative as adults. But if they had a relationship with a person who was genuinely attuned to them— a relative, a neighbor, a teacher, a counselor— something about that connection helped them build an inner experience of wholeness or gave them the space to reflect on their lives in ways that helped them make sense of their journey. They had what the researchers called an “earned secure” life narrative. Such a secure narrative has a certain profile; we can describe its features. Even more important, like Rebecca we can change our lives by developing a “coherent” narrative even if we did not start out with one.

This is such a crucial point that I’ll repeat it: When it comes to how our children will be attached to us, having difficult experiences early in life is less important than whether we’ve found a way to make sense of how those experiences have affected us. Making sense is a source of strength and resilience. In my twenty- five years as a therapist, I’ve also come to believe that making sense is essential to our well- being and happiness.

Join Dr. Daniel Siegel and Dr. Lisa Firestone for the online course “Making Sense of Your Story: Understanding Your Past to Liberate Your Present and Empower Your Future.”

I apply Dan Siegel’s Interpersonal Neurobiology theory and approaches on a daily basis in my practice. The Triangle of Wellbeing is such an effective framework particularly in my work with people suffering from trauma. A very complex theory becomes understandable and “makes sense.” 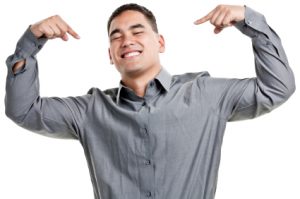 Is There a Cure for Narcissism?
June 5, 2014
Are today’s youth really a more narcissistic generation? It’s a question parents, educators, researchers and media seem to be strongly affirming.… 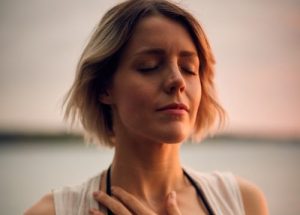 Yes, Meditation Can Help Your Eating Disorder Recovery
January 29, 2019
“If you just sit and observe, you will see how restless your mind is. If you try to calm it,…

Trauma-Informed Care: Recognizing & Treating Toxic Stress: Part 1
May 21, 2018
What is trauma, and why do we need trauma-informed care? When a person feels overwhelmed, threatened and endangered, the mind…