Self Development By Carolyn Joyce 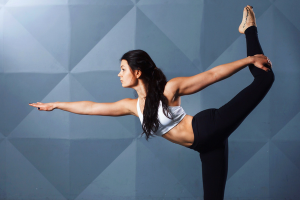 As someone whose worries frequently play at full volume, I’m always looking for effective ways to quiet my mind. Too often, slowing down when my thoughts are racing feels like something easier said than done. One thing that helps me is taking yoga. I’m always surprised by the way I can enter a studio tense and “on alert” and come out calm and unconcerned. There’s a little bit of magic in the way that my same circumstances exist, but my attitude toward them has changed.

I feel better after a yoga class than I did before, not just because of the immediate endorphin-rush of physical exercise but because of the mental peace that lingers, often long after. Yoga is considered a mind-body intervention, and based on my personal experience, I believe in its ability to help manage stress and anxiety. However, new research is saying that mind-body interventions (MBI’s) can actually alter the expression of our genes and potentially reduce risk for certain disease. A 2017 review of 18 studies published in Frontiers in Immunology showed that MBI’s can reverse certain molecular reactions, essentially generating the “opposite of the effects of chronic stress on gene expression,” which could lead to a reduced risk of inflammation-related diseases.

“Mind–body therapies focus on the relationships among the brain, mind, body, and behavior, and their effect on health and disease,” according to a review published in Neurology. Common techniques include meditation, relaxation and breathing techniques, yoga, Tai Chi and Qigong, hypnosis, biofeedback, and cognitive behavioral therapy. Nowadays, there are many studies looking into the efficacy of MBI’s on all kinds of physical and mental health issues, from migraines to hypertension, but this new revelation about the way they may affect us on a molecular level may offer a more solid basis for why these stress-reducing practices could lead to better health. As the new study points out, there’s real indication that “some of the psychological and physical benefits of MBIs are underpinned by biological changes.”

So, how is this possible? Let’s start with looking at the effect of stress on our genes. According to the Frontiers in Immunology review stress is “a bodily response to events that are perceived as a threat or a challenge.” Unfortunately, as they point out, “this response may precipitate a health risk when stress is severe or it occurs over a long period of time without adequate coping mechanisms.” Stress can affect our genes in the form of CTRA, “a common molecular pattern that has been found in people exposed to different types of adversities, such bereavement, cancer diagnosis, trauma, and low socioeconomic status.” CTRA leads to the “upregulation of pro-inflammatory genes”  and the cellular inflammation that results is linked to disease. However, most of the reviewed studies suggest MBI’s may be associated with a downregulation of pro-inflammatory genes and pathways and, therefore, a reduced risk of inflammation-related diseases.

Other research has indicated that MBI’s may affect us on a cellular level. A 2014 study of breast cancer survivors found that individuals who participated in mindfulness-based cancer recovery and supportive-expressive therapy may have been positively impacted on a cellular level. A write-up of the study in Sciencealert.com stated that “the telomeres – the protein caps at the end of our chromosomes that determine how quickly a cell ages – stayed the same length in cancer survivors who meditated or took part in support groups over a three-month period.” Although telomeres’ effect on disease and aging are not yet fully understood, there’s early evidence that shorter telomeres may be “associated with several disease states, as well as cell aging, while longer telomeres are thought to be protective against disease,” according to a release by Alberta Health Services, who partnered with University of Calgary to conduct the breast cancer study.

Although we may still be in the early stages of understanding all the many ways MBI’s can affect us on a molecular or cellular level, these findings open up exciting doors to uncovering their possibilities. One thing that science is perhaps further along in understanding, and that may be much easier for us to wrap our heads around, is how MBI’s affect our mental health. Results from a 2016 study that compared three popular MBI’s (yoga, tai chi and mindfulness) led researchers to conclude “mind-body interventions can improve a person’s level of mental health when compared to those who do not practice these techniques.”  Specifically, they noted that “tai chi and yoga were significantly effective in reducing anxiety, while mindfulness was significantly effective in reducing stress. Yet, when taking the effect size into account, all three programs contributed to a reduction in both anxiety and stress.”

Considering the negative physical effects of stress, not to mention its unpleasant intrusion on our emotional state, it seems there’s a solid argument for trying a mind-body intervention. Perhaps, by incorporating a daily meditation or a yoga practice, we can experience the tangible benefits for ourselves. And how nice to imagine that something that makes us feel more relaxed and more ourselves may have the added benefit of altering our gene expression, reducing risk of disease, and maybe even lengthening our lives. 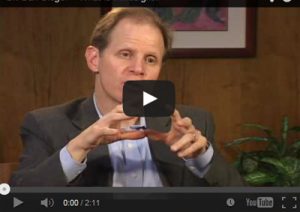 What is Mindsight? An Interview with Dr. Dan Siegel
October 26, 2011
In the following interview, Dr. Dan Siegel discusses and defines the fundamental theory of Mindsight as a way to focus… 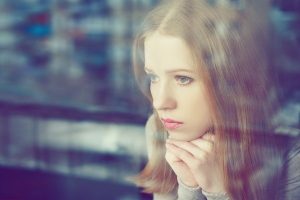 Am I Depressed? The Difference Between Sadness and Depression
March 7, 2017
Nobody welcomes feelings of sadness or dejection, but feeling down is sometimes part of life. Sadness is a normal, healthy… 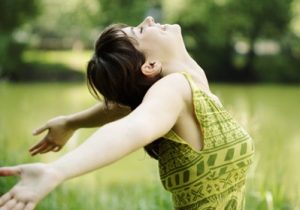