An Interview with Dr. Peter Levine

YouTube responded with an error: The playlist identified with the request's <code>playlistId</code> parameter cannot be found.

Peter A. Levine, Ph.D. is the originator and developer of Somatic Experiencing® and the Director of The Somatic Experiencing Trauma Institute. He holds doctorate degrees in Medical Biophysics and in Psychology. During his thirty five-year study of stress and trauma, Dr. Levine has contributed to a variety of scientific and popular publications. Dr. Levine was a stress consultant for NASA during the development of the Space Shuttle, and has taught at treatment centers, hospitals and pain clinics throughout the world, as well as at the Hopi Guidance Center in Arizona. Peter served on the World, Psychologists for Social Responsibility, presidents’ initiative on responding to large scale disasters and ethno-political warfare. He is a Senior Fellow at The Meadows Trauma and Addiction Treatment Center in Wickenburg, Arizona. His best selling book, Waking the Tiger; Healing Trauma, is published in 20 languages. 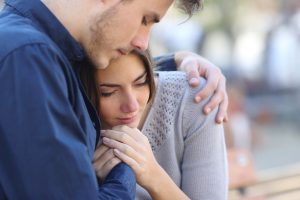 How to Find Healing in Relationships After Trauma
September 6, 2017
Do you ever feel like you need a friend’s support? But then stop yourself from reaching out? For all of…

The Trauma of Racism
June 5, 2020
In the United States, black people are almost guaranteed to be born into a life of trauma. It is a…