Bullying and Beyond: How to Stop Violent Behavior 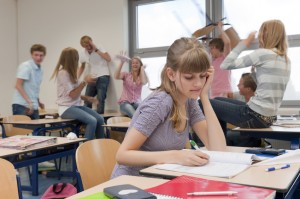 Every day, an average of 160,000 children in the United States stay home from school for fear of being bullied. Last year, bullying made national headlines when physical and emotional violence towards LGBT teenagers led to a series of painful suicides. The immediate response to this was impressive. Dan Savage created the “It Get Better Project” and inspired thousands of people, from Adam Lambert to President Obama, to send in videos about their own experiences with teenage bullying, violence and prejudice. The issue of bullying even made primetime television on popular shows, like “Glee.” The public outcry against bullying was a positive movement, but in its wake we must continue seeking ways to stop violence.

Violence is a behavior we can all help prevent. While there is no single easy solution to ending violence, raising our awareness and learning how to deal with violent behavior can help prevent and reduce violent acts.

The first step in preventing violence is to learn the warning signs that indicate whether someone is likely to become violent. These warning signs often include a history of early aggressive behavior, such as enjoying hurting animals, expressions of violence in drawings and writings, as well as physical fighting with siblings and peers. Other warning signs have to do with feeling constantly disrespected and thinking that a person has to be tough to get respect. These patterns of belief, along with the notion that violence is an acceptable solution, often mean the difference between someone having occasional violent thoughts and someone who does not hesitate to act on aggressive impulses. Similarly, individuals with antisocial beliefs and attitudes, who have a hard time acknowledging and relating to other people’s feelings, tend to be much more inclined to commit violence.

People who lose their temper consistently and have a hard time controlling their behavior are more likely to act destructively. Other serious warning signs include making plans or announcing desires to hurt others, carrying a weapon and knowing peers affiliated with gangs. Often an increase in emotional distress and agitation can be the tipping point in someone acting out violently. Similarly, an increase in drugs or alcohol can often trigger violent behavior.

If you know someone who is exhibiting these characteristics, it is important to understand how to deal with the warning signs. First and foremost, you must be safe and protect yourself by not spending time alone with that person. Tell someone you respect and trust about your concerns and ask for their help. Whether you choose to confide in a family member, a counselor, a member of the law enforcement or a friend, it is also a good idea to seek help from an experienced professional.

If you are worried someone is going to become violent, it is important to ask direct questions about the individual’s history of violent behavior, as well as their current thinking and feelings. Have they ever hurt someone in the past? Do they have plans to hurt someone now? The more specific your questions are, the better you can assess the level of risk. If it is possible to remove the person from the situation that is making them feel violent without putting yourself in danger, you should do so. For example if someone is having violent thoughts about a domestic partner, you should alert the partner. If a child is having violent thoughts toward classmates, you should keep them out of school until they have received help.

If you notice yourself feeling violent, there are ways you can deal with your anger to reduce the chances of becoming violent. Learn to talk about your feelings. Find a trusted friend or family member and begin to discuss your violent thoughts so that you can discover where they are coming from. Understanding the source of our feelings often diffuses them and keeps us from acting destructively. When you find yourself in a conflict, express yourself calmly without losing your temper or fighting. Make an effort to understand the situation from the other person’s point of view. Developing our capacity to feel empathy makes us less inclined to hurt each other. Most importantly, consider the consequences of acting violently. Stop and think before you act.

Although, ideally we could stop violence by observing warning signs and defusing violent behavior before it is acted upon, it is also essential for us to know what to do when someone does become violent. Standing up to violence is critical to breaking the pattern and preventing future outbursts. If someone is threatening you with violence, it is important to remain calm and confident in the face of fear. Take a deep breath and stand up tall, maintain eye-contact and speak with a calm and assertive voice. Do not engage in any argument and avoid making threats, using provocative language and name-calling. Reply briefly and directly. Remove yourself from the situation, and then seek help.

There are three types of people involved in a violent situation: the perpetrator, the victim and the bystander. Our society is largely made up of bystanders — people who observe violent or bullying behavior, but do little or nothing to stop it. The phrase “innocent bystander” is ironic; in reality, bystanders are as guilty as perpetrators when it comes to perpetuating the patterns of violence in this country.

To this day, domestic violence is still the leading cause of injury to women in the United States, and an average of 15 teenagers die from violent causes in the U.S. each day. America has a serious problem when it comes to violence. Our only hope of breaking the pattern is to provide our children with an emotional education and do away with the concept of the “innocent bystander.”

By breaking out of our comfort zones and taking a powerful stance against violence, each of us can help prevent it. When it comes to violence, there is truly no excuse for looking the other way. 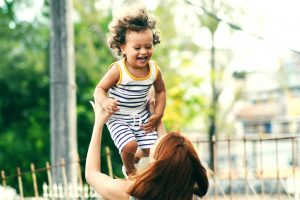 Mr. Rogers is Right: Secure Attachment Allows for Growth After Trauma
June 20, 2019
Childhood is a critical time for discovering and enhancing the secure attachment ideally built in the early years of a…